Can I brag a minute? Not on the costume, but on my awesome hubby. You see, I have a tendency to come up with great ideas and projects (thank you pinterest). Sadly, these ideas are neither original (again, thank you pinterest) nor are they within my ability to execute. So, hubby ends up doing lots of little projects. That's why I have to brag...ON MY MAN! He's awesome. 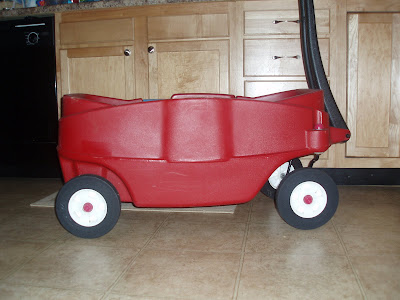 This particular project was inspired by a Thomas The Tank Engine costume I found online. Basically, the parents had turned the wagon into the word's favorite train character. Well, rather than "straight line, boxy, Thomas," I decided we needed Lightening McQueen. Those of you who are crafty must be thinking I'm crazy! 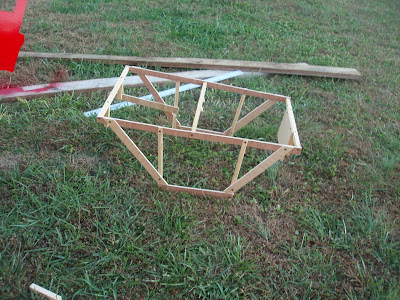 Luckily, Eric didn't think so. Instead he built a wooden frame to support the car. Actually, he built two because the dog ate the first one. It's a bad story that I don't really want to talk about...thanks! 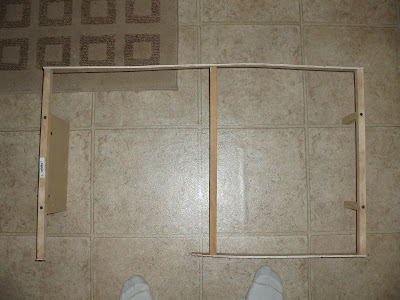 That's when we wised up and brought much of the project indoors. 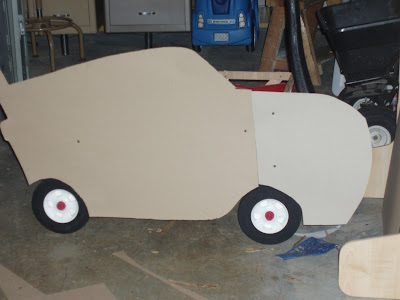 Next Eric make the structure from cardboard, 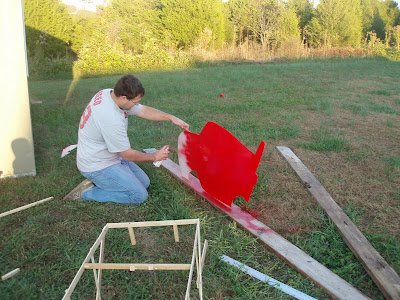 and spray painted it Cherry Red. 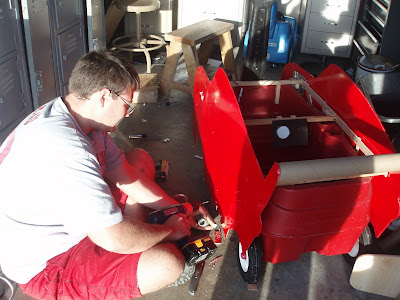 Once it dried, he attached it to the wooden frame and wagon. 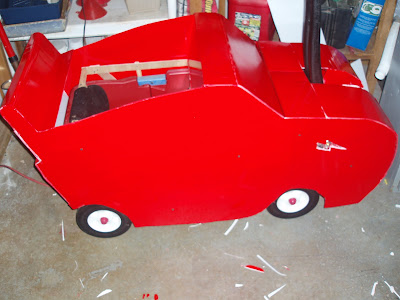 This was the longest part of the process because while the sides of the car were easy, the bumper and hood took lots of molding and maneuvering. Alas, it came together and actually looked like car. 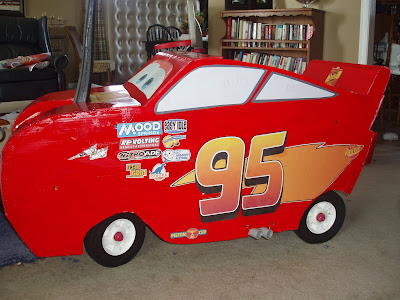 The last step was printing, cutting, and glueing all the decals onto the car. Eric also installed working lights and radio speakers with the Cars Movie soundtrack playing!! It was amazing!

I know I made this sound like a very simple project, but it was not. The truth is, it was as hard to make as it looks. In fact, it took about three good days of work to pull it all off. It was worth it though, because Eli was elated!!

He's so blessed to have such a talented and patient daddy. Thanks, Honey!!
at 10:17 AM