Life Comes At You Fast

Nationwide has an insurance commercial that says, "Life comes at you fast." I've often thought that Eric and I would make wonderful spokespersons for the company because that seems to be our theme. We don't half do life; we go at it full force.

Our story begins on Wednesday May 3, 2007. I went to the news studio at WKU to work on a couple of stories I was putting together for the following night's show, and when I got there I met a meteorologist working on his weather cast. We talked briefly, I told him my name, got my work done and headed for my daily run. When I got back to the dorm room later that night I told my roommate about our meeting. She said, "Wouldn't that be crazy if you just met your husband? I think you just met you husband, Morgan."

I not so politely told her she was crazy and dismissed the incident. Later that night, upon checking Facebook, I discovered Mr. Eric Watson had sent me a friend request. I accepted the invitation and went about my business not giving it another thought. The following Tuesday on May 8, 2007 I packed up my things and headed home for the summer. When I got to Lexington, I discovered my new friend had sent me a Facebook message inviting me for ice cream. Obviously, that was out of the question since I was home for the summer, so I gave him my phone number and told him to call me. The rest is history...here is our timeline: 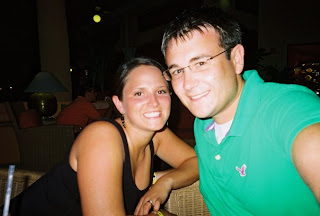 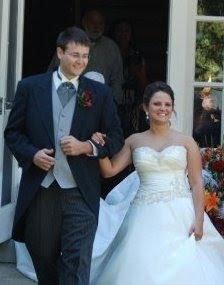 December 2007- We talked about marriage! 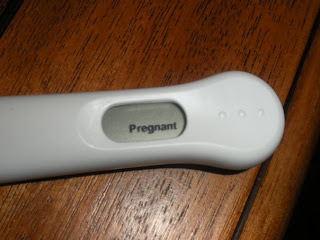 December 2008- We found out we were expecting.

Also during that time we both graduated from college, started our careers, and bought a house. The past year two years have been a whirlwind, but we have built a life together. In a way we've grown up together. Although "life has come at us fast," I wouldn't trade a single minute of it! 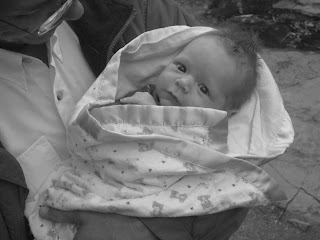