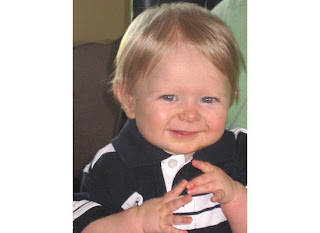 Eli turned ten months old on Thursday, and the poor guy spent it with an ear infection and at home with a sick daddy keeping him. I simply cannot believe how fast he's growing. 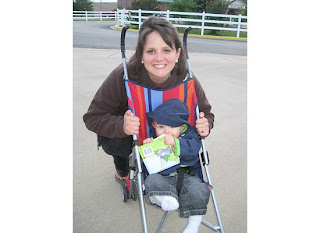 He is getting better and faster at crawling which is such a challenge because we have an open floor plan that makes it nearly impossible to use baby gates. 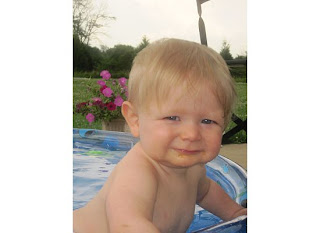 He loves to play outside in his swimming pool or to ride on the lawn mower with Dad. 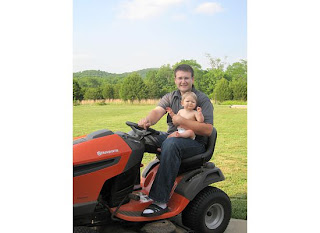 He has added a few new words to his vocabulary including "bath." It sounds strikingly similar to "ball," "bye-bye" and "bottle" but he is at least making the correct associations with each. The other night at 7:00 (which is bath time) he crawled down the hall saying " ba, ba, ba." I was trying to tell him that we weren't going anywhere, but when I finally caught up to him, he was trying to get in the tub...he knew what he was trying to say. Our second new word is "Emma," our friend's daughter and his older girlfriend. 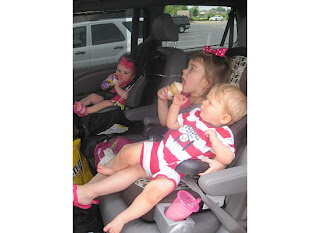 He has also started pulling up on EVERYTHING and as a result has had some minor bumps and bruises. 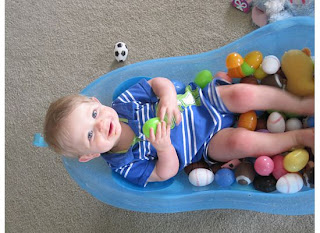