Show Us Your Life: Testimony Story 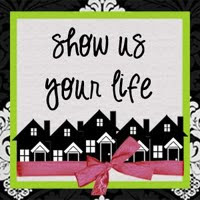 It's Show Us Your Life Friday over on Kelly's Corner and we're sharing our testimony, so here goes mine:

When I was fourteen years old, I was diagnosed with Polycystic Ovarian Syndrome and Endometriois and told that more than likely I would never be able to have children. Ten years and five surgeries later I am the mother of an eleven month old baby boy who is happy, healthy, and hilarious.

I gave the situation over to the Lord and accepted that he would be in control. I knew that if I was faithful to him, he would give me the desires of my heart. I found peace in reading Hannah's Prayer from I Samuel. I claimed the verses she pleaded to our Lord thousands of years ago, and I knew beyond a shadow of doubt that my God would be faithful. And he was!

We got pregnant two months into our marriage. No drugs, no doctors, just God! We were shocked, not at God's faithfulness, but at his timing.

We named our son Eli because Eli was the priest who told Hannah that God had heard her prayers. 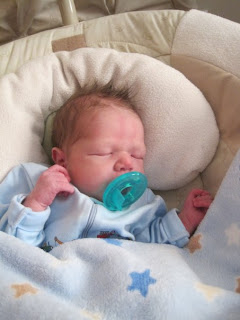 God heard our prayers too. He is a God who can move mountains, defy science, and comfort the brokenhearted. He is the God who healed my body and gave me a precious baby boy!
at 11:11 AM