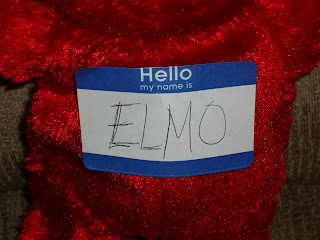 The Watson home played host to this year's International Elmo Convention where Elmos from across the world gathered to celebrate their big, fuzzy, red selves. Here are a few highlights from this year's 2010 I.E.C. event: 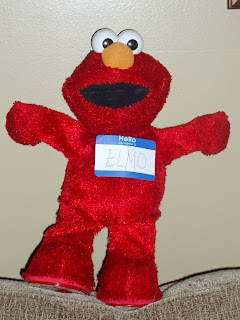 Our first Elmo joins us from Topeka, Kansas and is known as for his Hokie Pokie skills. He can often be found doing his jig at skating rinks, children's events and weddings where too much "bubbly" has been served. He's proud to be an Elmo doll and looks forward to making children smile. 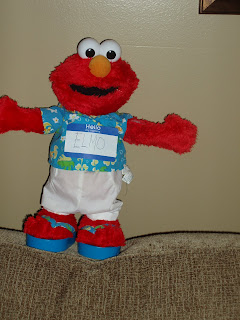 Our second Elmo flew in from Miami, Florida but is originally from Lancing, Michigan. He moved to the coastal U.S. to pursue his dream of becoming a Limbo Champion. He has succeeded in his endeavor and now shares his talent by teaching children and vacationers the famous dance. This Elmo loves long walks on the beach, Hawaiian shirts and flip-flops. 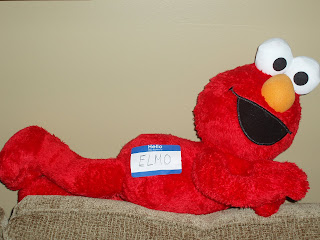 Our third Elmo was the tallest to attend this year's convention. He moved to New York City from central Indiana to pursue a career in film but became famous for his modeling ability. He can often be found posing for cameras as he is a male model. His favorite movie is Zoolander and he says he hopes to inspire children to be their best by always keeping up with his ridiculously good looks. 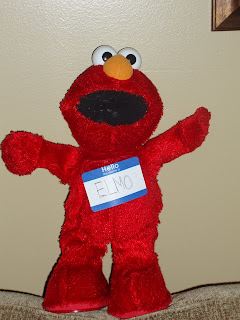 Our fourth participant is Dancing Elmo. He is from Victoria, Texas and got his start by learning how to line dance, although he now enjoys dances of all types. He tends to run low on energy which can cause some frustration in small children, especially toddlers..named Eli. 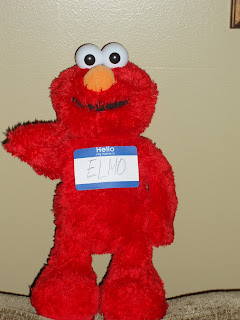 Our fifth member is Tickle Me Elmo. He joins us from a factory in central Los Angels, Ca where be hit the peak of his popularity in the mid nineties. This Elmo loves to laugh and despite popular belief, this giggling fur ball does not abuse any substance legal or otherwise. When asked, he simply says, "I'm just happy." 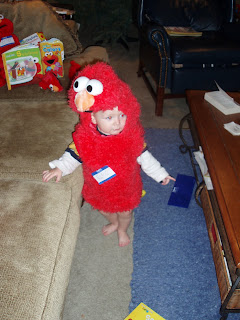 Our sixth and final Elmo his a baby by trade but enjoys dressing in his red costume whenever possible. He enjoys paying with the above Elmo dolls, wearing his Elmo pajama, reading his Elmo books, watching his Elmo DVDs and sporting his Elmo slipper ans shirt. He is the man behind this year's convention. 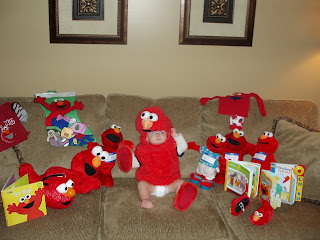 Without Eli Watson, none of this would have been possible.
at 9:15 PM