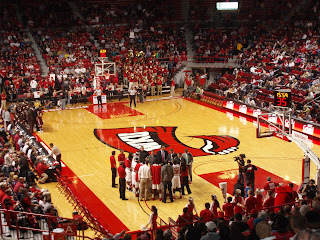 Last night was the first game of the WKU Men's Basketball Season. Eric's work provided its employee with tickets, so we were blessed with the chance to go. We only stayed until halftime, which was well past bedtime, so the night was a success. Plus, we stopped Alabama A&M!! 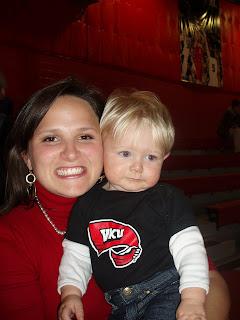 I think if Eli grows a little he may have a future in basketball because it is by far his favorite sport! He would yell, "go, go, gooo." Oh, melt my heart!! 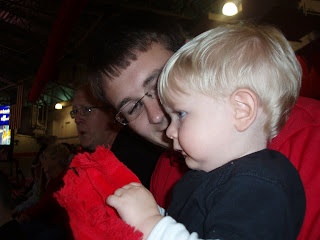 WKU has a Red Towel tradition and Eli really got a kick out of it. He would wave his little arms around when the fight song was played. He already knows who to cheer for... 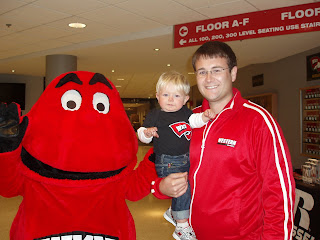 And he met Big Red for the first time. Funny story, he thought it was Elmo and went crazy. It was too cute and he was so excited, so we never corrected him! We have tickets to three more games this season, so I can't wait to see how his interest grows over the next few months.
T-O-P-S Tops, Top, Tops!!!
at 7:56 PM