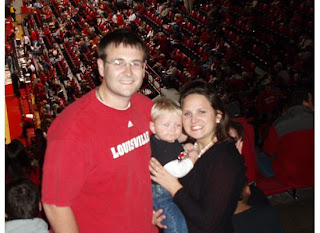 We started our holiday weekend on Wednesday when Eric's parents and nephew came in to cheer on Louisville against WKU. Eli and I were in the minority and the TOPS lost...sad day! 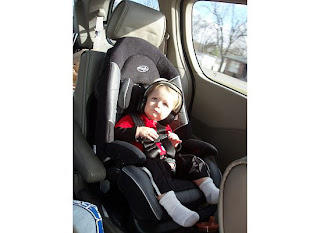 I had to work Thursday morning, but once the show was over, we loaded up our bags and hit the road. First we ate at Yuki (an amazing Japanese restaurant.) The car ride was mostly peaceful thanks to DVD's of Yo Gabba Gabba, Elmo and Diego and a few suckers...ha! 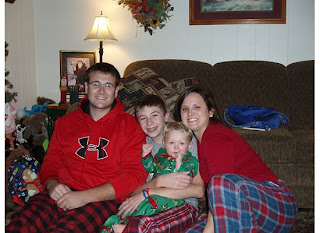 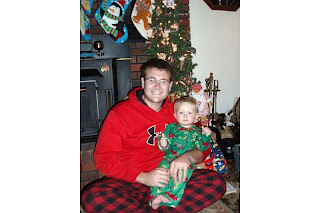 I spent most of Christmas Eve in my Pjs thanks to a nasty sinus infection (which is now spreading to other family members.) Here we are taking a picture before heading to bed. I would like to document that Eli had an extremely rough night and ended up in the bed with Eric and I. He was still up five or six times which is another post in and of itself! Anyway, he was grumpy when he got up until he saw the toys....ALAS...he understands Santa now!! 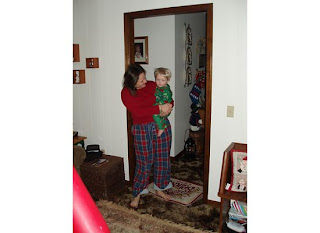 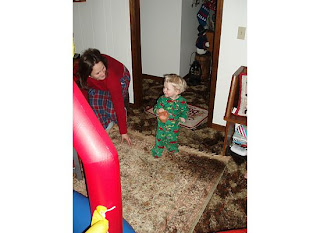 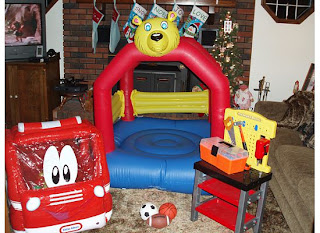 We opened our gifts while Eli played, and as always, Eric's parent's were extremely generous. I'll be sporting two new suits, make-up, earrings, socks, and hair-do (thanks to the most amazing brush ever.) Eric has a new toolbox for his building and Eli...well, Eli will be "jumping with delight" in his new (child size) TRAMPOLINE!! By the way, this is in addition to the bouncy thing pictured below! 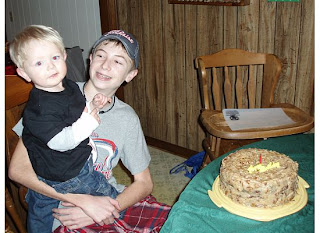 After opening presents we sang Happy Birthday to Jesus and ate a delicious cake. I think German Chocolate is one of HIS favorites too! 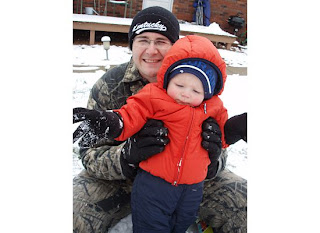 We had a white Christmas, so Eli played in the snow with daddy. He really did well, but the wind was blowing and it was much too cold to stay out for long periods of time. Other than our one trip outside to play, we stayed at home for four days. It was a delightfully refreshing change of pace for us, and I think everyone enjoyed the extra snuggles. 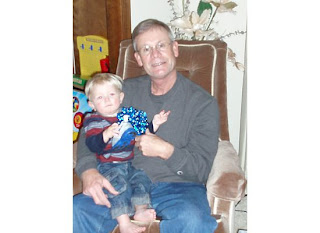 Christmas memories are so precious and I think of everything my parents went through to make each and every year magical. As a parent I am more appreciative than ever for their sacrifice, love and joy. And although I thought it could never get better...it did...just take a look at this face. 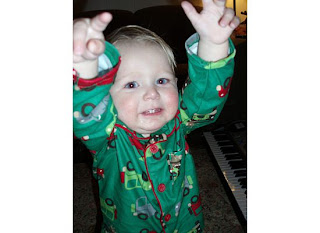