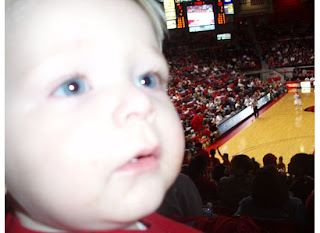 Being from Kentucky, March Madness is a BIG deal. I mean you have University of Kentucky and University of Louisville which are two of the greatest basketball programs in the nation. So, the question is, who will be the higher seed? Looks like Louisville this year...sad day! 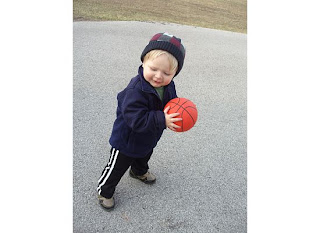 Anyway, with selection Sunday a little more than a week away basketball is a major point in conversation these days. It's also a constant activity at our house! Our little man loves him some b-ball! 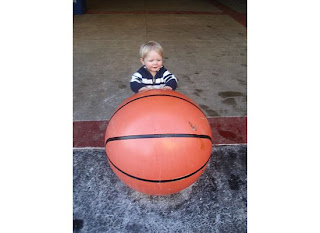 Now, I may be partial but he seems to be a natural. He can make baskets on the highest setting. 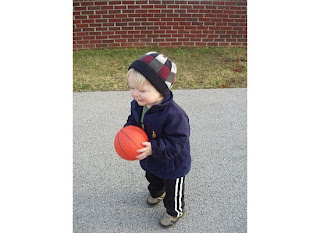 His obsession has him saying "ball, ball" at any and everything circular in shape including produce, the Pepsi logo and dinner plates...this one is particularly bad! 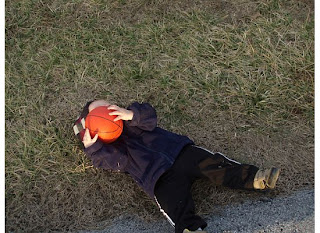 The next weeks could be intense at our house waiting on Tourney Time....GO CATS!!!
at 9:16 AM