We had been planning for a few weeks to take Eli to the drive in movie with our favorite family ...THE Adkins! So, you can imagine my dismay when daycare called on Thursday to say Eli was sick. Luckily, he had a weak form of strep and would fine within 24 hours! So, last night we ventured to the drive-in. 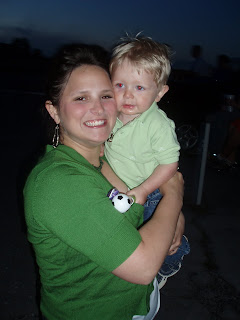 I should have known the night was not going to be as I had envisioned it, when we pulled up to the ATM to get cash. Already running late we were a little frustrated when the machine didn't give us our money. Three attempts and one phone call later we were on our way! 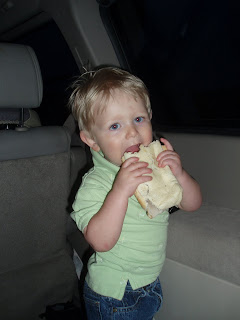 We got Subway to eat in the car and Eli LOVED it. Since the boys didn't understand the concept of, "don't play in traffic," we put the van seats down and let them have free reign! Once the movie started it all went south! 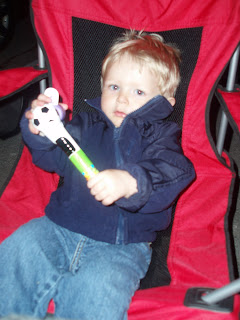 Owen was of course PERFECT! Meanwhile, Eli was throwing toys, crying and just a mess. I took him on a forty-five minute trip to get popcorn which was entertainment enough until I sat in the extra butter and got it everywhere. While I was cleaning up the mess, Eli decided he was thirsty. RRH!! 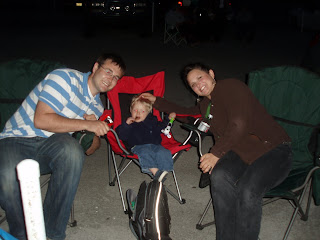 Water didn't appease him, we tried a little diet coke which he downed in two seconds flat! Finally, Eric got the bright idea to show him the stars in the sky. He was fascinated! So much so that he sat still. However, the remainder of the movie was spent with Eli asking, "What's that?" I thought it was a nice trade-off, but just to be safe we left before the second showing! 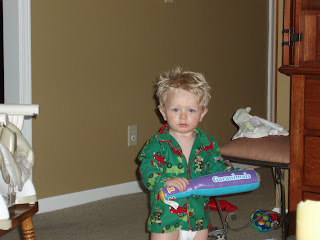 Today hasn't been much better. Eli cried until mid-night and then was bright-eyed and bushy tailed at 6:00...SERIOUSLY? Of course his behavior has been less than desirable this morning. All I can say is YAY nap time!!
at 1:14 PM