We had a very low key weekend and pretty much stayed around the house until yesterday. After church we attended a new members meeting and are looking forward to joining in the near future...more on that later!

After the meeting we met the Adkins family at Beech Bend Park for some fun in the sun! 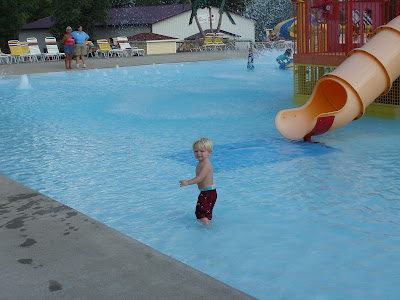 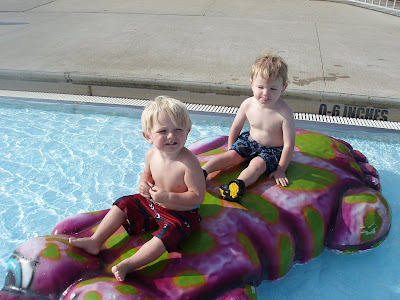 The water was FREEZING because it was so mild here yesterday! We did the slide, the lazy river and the wave pool all afternoon. Owen was a champ the whole time, but Eli had to get brave. 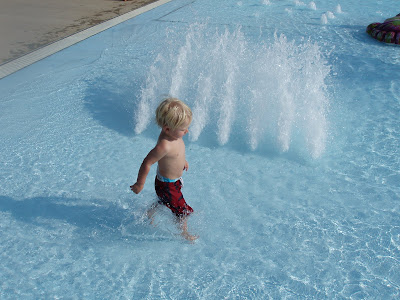 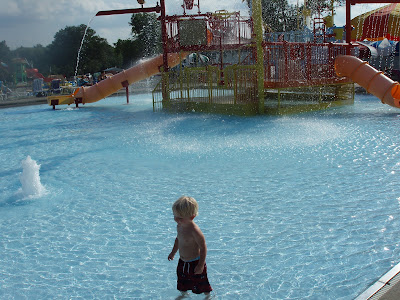 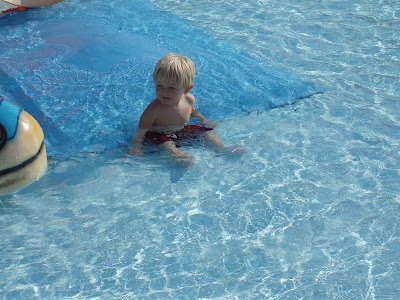 After swimming we decided to take advantage of the small crowd and ride a few attractions!! We started with the Choo Choo Train..a major hit! 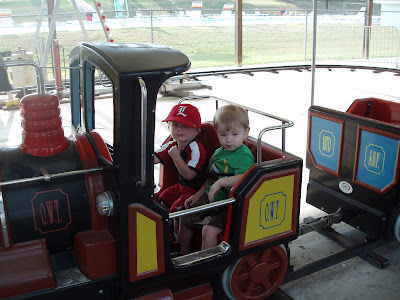 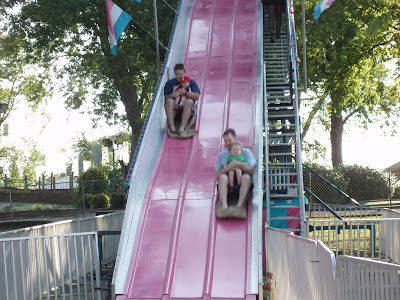 The boys raced down the slide...The Adkins Boys won!! 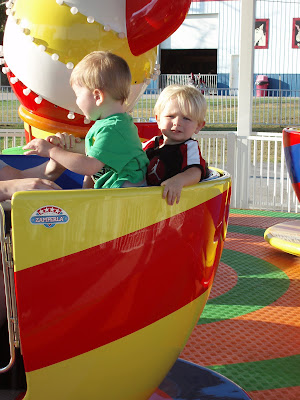 There was even a petting zoo, and I'm pretty sure Eli terrorized the animals. 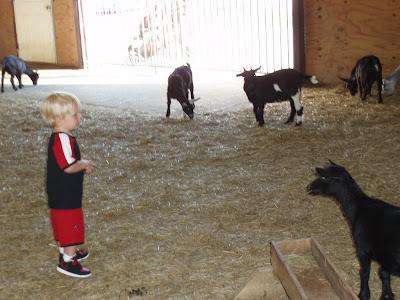 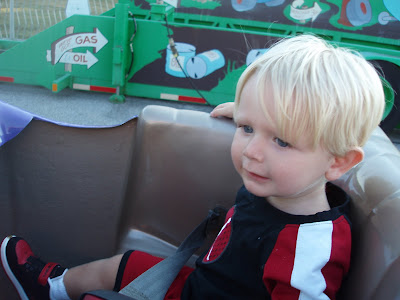 Tina and I had the honor of riding most things with the boys. Above is Eli on the Old Fashion Cars, and below are our ever so patient hubbies! 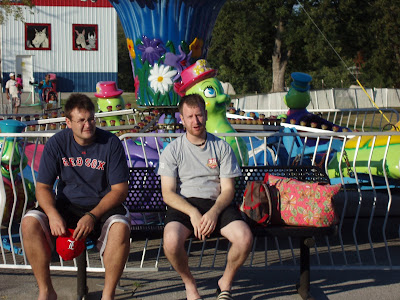 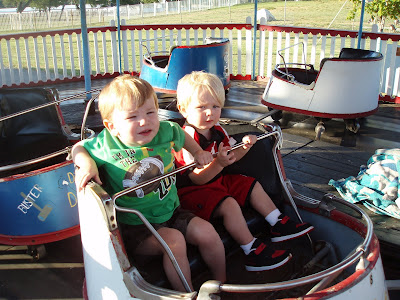 I think we would all agree that the highlight of the day was The Whip. A sweet looking older gentleman operated the ride and offered to let the boys get on. It appeared to be an innocent track much like the Choo Choo. Sadly, we did not examine it close enough. Had we payed closer attention, we would have seen that seats were spring loaded thus whipping riders (hints the name) around the turns. They were terrified!

I have never laughed so hard in my life!! At this point I am contemplating one of two things. Either I will take Eli and Owen back and record them on the Whip in an effort to win America's Funniest Home Video, or I'll use it as a discipline tactic and threaten, "Eli, pick up your toys or you have to ride the whip." HA!

The boys fell asleep before we were out of the parking lot which made for a quiet dinner, All in all it was a wonderful to spend making memories with our boys and celebrating two years of friendship!!