This weekend we had the chance to hang out with my brother and his girlfriend Mandy since they were on fall break from college. They came down on Friday night and we went to eat Mexican which as sort of a splurge from Weight Watchers! Ah well...I'd been craving it!

Anyway, since it was such a beautiful fall weekend, we took advantage and went to Mammoth Cave to tour and hike a few trails! 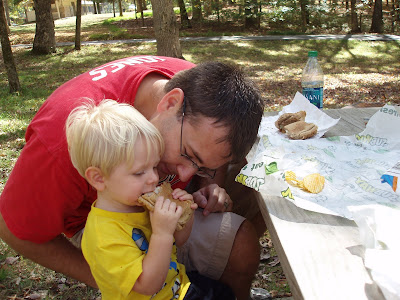 We stopped by Subway on the way to the park and got a picnic lunch! 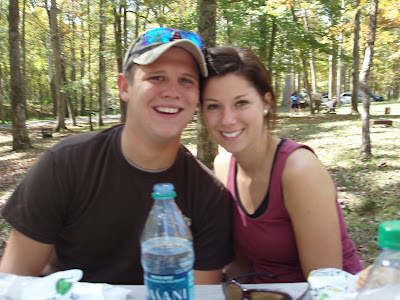 Here are the two love birds!! 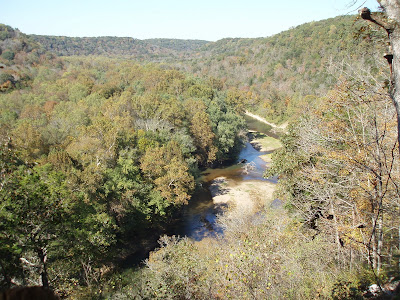 After a yummy lunch and a quick (yet disgusting diaper) change, we hiked the first trail down to the cave. Even though we live ten minutes from the park and hike there often, the beauty of it never gets old!! 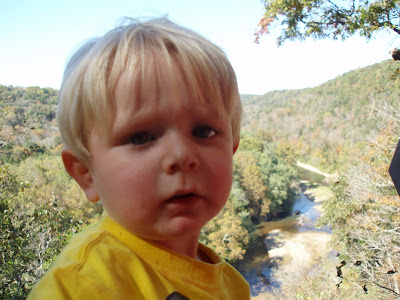 I don't think Eli was so thrilled about sitting on the ledge for a photo shoot! Ha..don't worry, he wasn't alone. 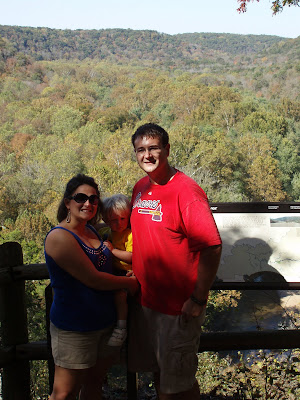 Usually Eric and I go solo with Eli, so we took a ton of pictures as a family since Clay and Mandy were willing to photograph our smiling faces. So, sorry for the overkill! 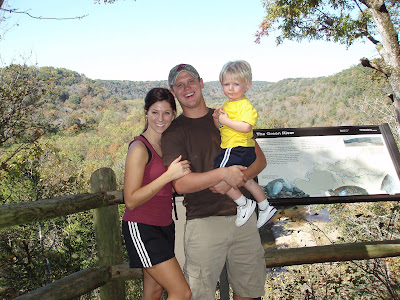 Aren't they just the sweetest couple you've ever seen? 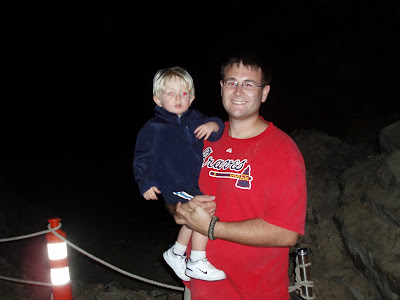 Here are a few shots from inside the cave... 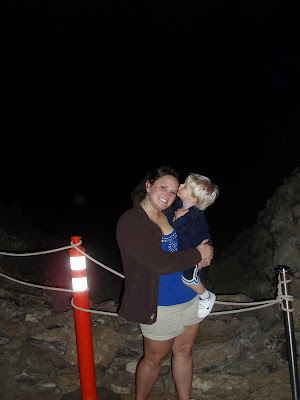 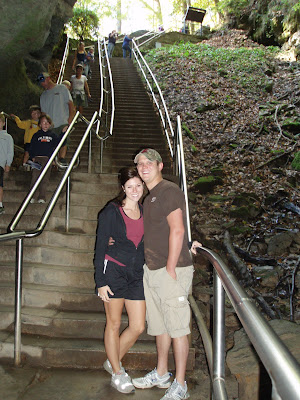 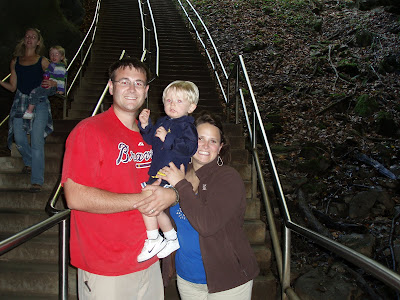 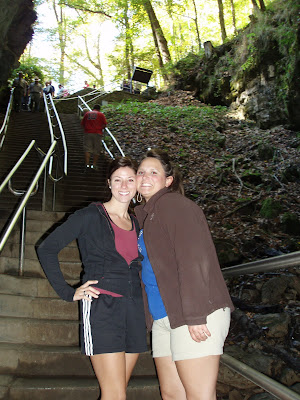 After we left the cave, we decided to take Clay and Mandy on our favorite trail, Cedar Sink. To give you some perspective on this sink hole, look at the bottom right side where you'll see Eli's red carrier. Then standing on the first big rock straight ahead, you can see the love birds...if you look very closely! 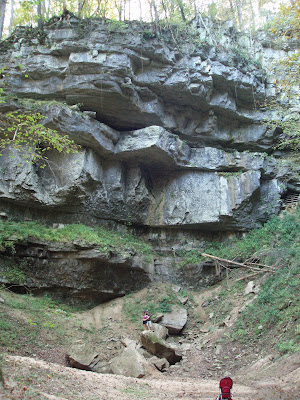 My sweet boy was so tired he dozed right off in the pack! 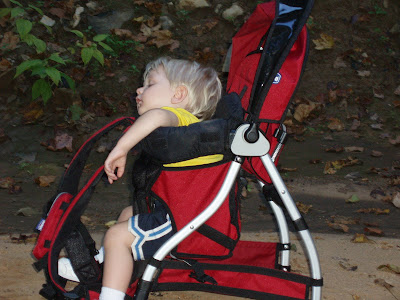 We were all pretty tired after hiking four miles, so on the way home we stopped by our favorite dessert place to get some shakes... 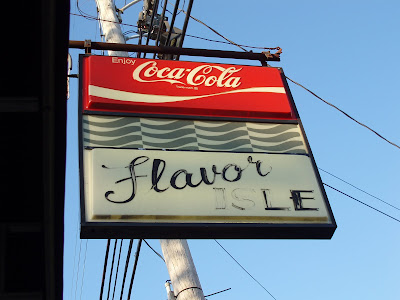 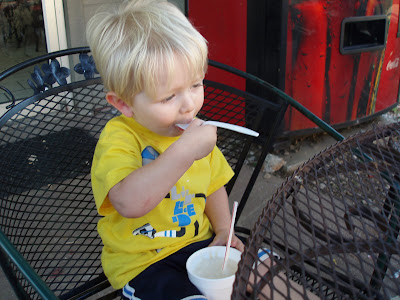 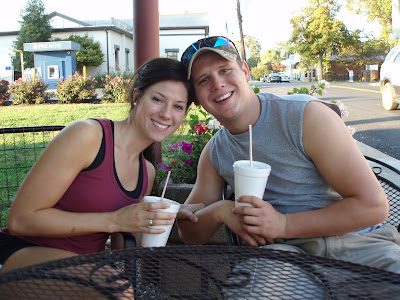 We spent the rest of the night eating dinner and laughing around the fire pit. Clay and Mandy went to church and out to lunch with us on Sunday before leaving to head back home. It was so wonderful making precious memories with them during this exciting time in their lives.

I'm blessed to have spent quality time with both of my siblings this fall. First there was a lake trip with my sister, and now a weekend with my brother. Like most siblings, we fought a lot when we were young, but nothing could replace the bond we share now...I can't wait for the next visit!
at 9:11 AM