We sorta started our Thanksgiving on Wednesday. Not really, but when our days are anything out of the norm I call it a holiday...haha! Anyway, we needed new tires and saw where Firestone had a Black Friday sale. The manager gave us the sale price two days early, so we dropped the van off and had a quick meal together at Eric's work. 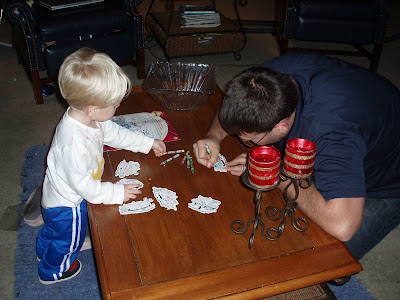 Wednesday night Eli and Eric made a few ornaments for his tree and we ate homemade Sloppy Joes before meeting the Adkins at Chick-fil-A for the boys to play. When we made it home we listened to Christmas music while Eric made his Thanksgiving dessert, Eli played cars, and I did some dishes. It was one of those ordinary moments that becomes extraordinary in our memories. 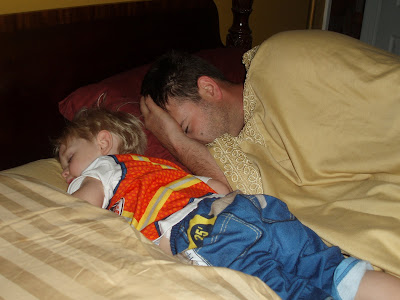 I had to work Thursday morning, but when I made it back home I found my loves snuggled up in bed together. So sweet. I let them sleep while I got caught up on Laundry and made my Green Bean Casserole. 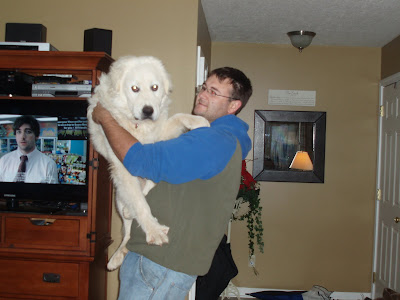 When they woke up, Louie wanted in on the fun too! Actually, Eli and I watched the parade and it was magical. Every time I would leave the room he would yell, "Mommy hurry, look. LOOK!!" He was elated, and it just thrilled my heart! 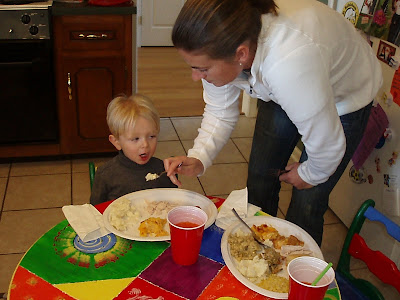 We ended up leaving Bowling Green and heading to Eric's cousin's house in Clarksville, TN around 11:30. We ate some wonderful food, and as you can see in the above picture, Eli was in a Turkey coma...haha! 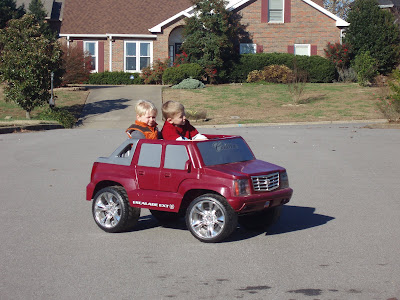 Eli was so active this year, and I spent so much time taking pictures of him playing with his cousins that I failed to get a family photo...boo! Nonetheless, here are some highlights... 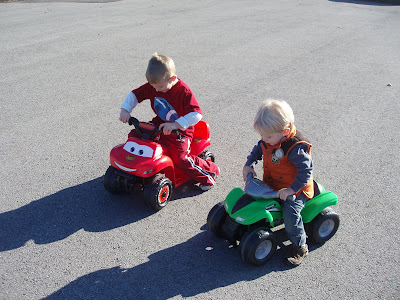 Eli and Sam riding their 4-wheelers. They thought they were Lightening McQueen and Chick Hicks! 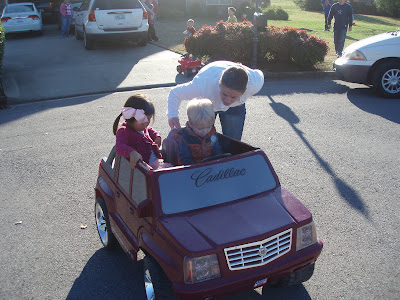 Eli attempted to drive Lennon around, but it was an epic fail... 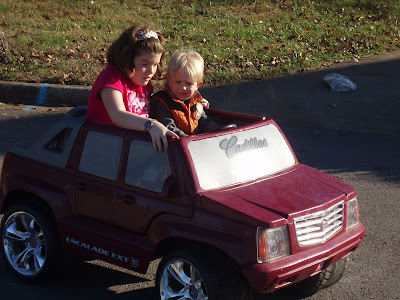 so Katie showed him the ropes!!

We left Clarksville and went back to Marion where we ate leftovers, visited with family and geared up for the biggest shopping day/night of the year. As always, I missed my family like crazy, but it was such a blessing sharing the special day with Eric, Eli, and the entire Belt/Watson clan.
at 7:45 AM