Yesterday was super exciting for Eli because he had a Halloween Party at daycare, Trick or Treating at Daddy's work, and Trunk or Treat at church! To prepare for all the fun, I went straight home from work to help put the finishing touches on Eli's costume...which was, by the way, my only contribution!

While Eric was working out a few details on Lightening McQueen, I went to pick Eli up. I let him eat a sucker on the way home...BIG MISTAKE!! It was cute because I kept telling him Daddy had a surprise waiting at home. When I asked what he thought it was, he said "Mckeen!!" I guess we better be more sneaky at Christmas!

Anyway, it took an act of Congress to convince Eli to get out of the car so we could go get more candy. First stop was Daddy's work... 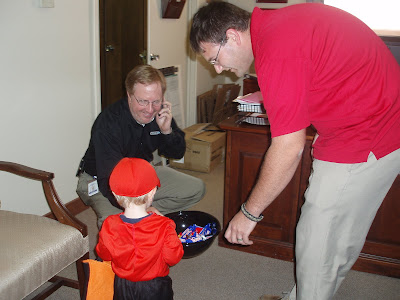 Little man was sneaky and kept trying to take more than one piece. 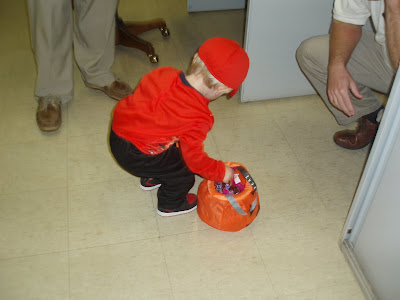 He would hold out his bag and say "Tweet." That's it...I guess he didn't want any tricks. Smart guy! 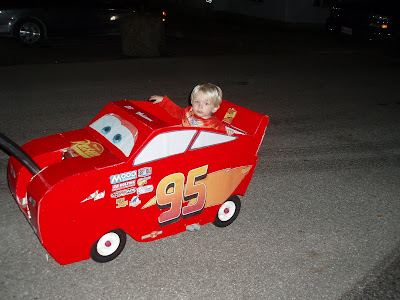 Next we headed to Trunk or Treat at our church. Everyone warned us it was a big event, but we weren't really prepared for how big! 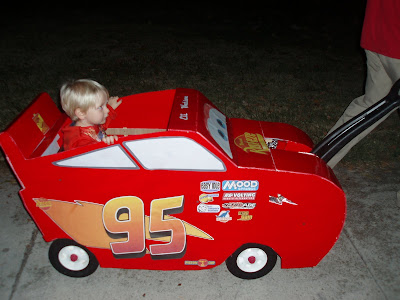 I handed out candy while Daddy and Eli cruised town 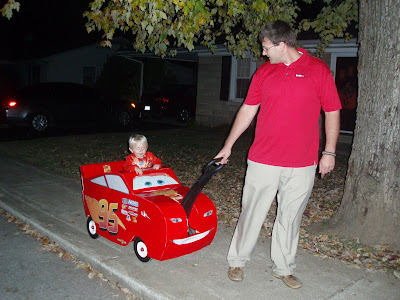 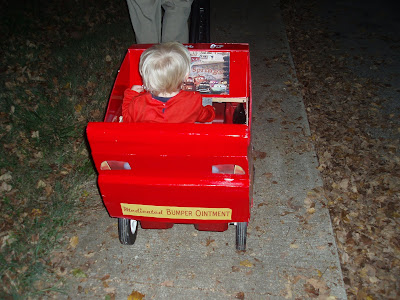 We ended up running out of candy, so I got to steal a few kisses from my boy before heading home! 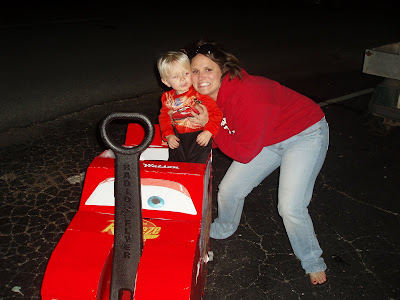 Eli was on a MAJOR sugar high, and I think he may have been experiencing some "withdrawal" because his behavior became quite ugly when he was not allowed anymore candy. Needless to say, it was a late night in the Watson home. 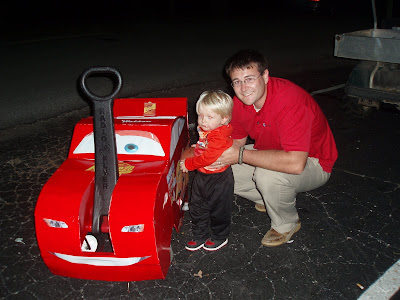 Eric worked so hard on Eli's wagon turning it in to Lightening McQueen. I am so proud of the way it turned out, and even more proud of the man who dedicated to much time to making his son happy! I'll post more on the creative process later in the week. Until then, hope you had a SWEET! Halloween!
at 9:48 AM