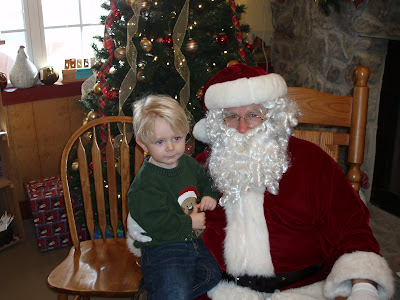 After starting our Christmas Eve off by eating Breakfast with Santa, we went straight to Urgent Care for Eric to get seen for his sinus infection that had taken a turn for the worse. He was in there for more than two hours, so Eli and I went across the street to Hobby Lobby and Steak Shake. Once Eric was out, we went to the pharmacy before heading home to get ready for my family.

At one point we had a minor heart attack when I my sister sent me a text saying they were getting off the interstate. Turns out she meant parkway, which gave us an extra hour to get ready. By getting ready I mean me and Eric spruced up while Eli simply REFUSED to wear anything (including a diaper.) All my dreams and money spent on cute Christmas clothes went out the window when I decided that I would oblique in his nakedness since it was Christmas! 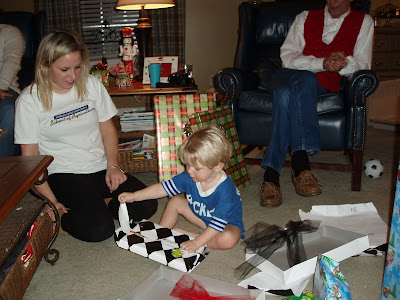 When my family arrived we ate homemade vegetable soup before opening gifts together. We also managed to talk Eli into wearing a shirt. As always, my parents were more than generous as were my sibling!!

Of course Eli thought he was pretty hot stuff opening up all the new toys and clothes. Luckily my parents were willing to put him to sleep for us so that we could get started on the toys! 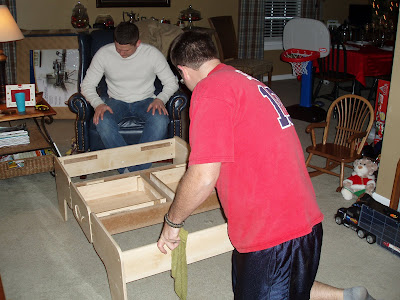 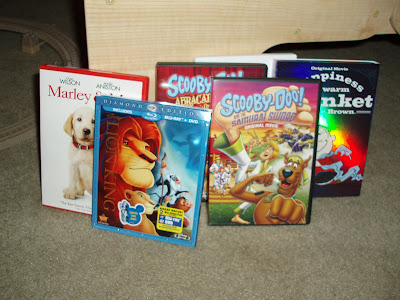 Here are some of the DVDs we'll be watching in the Watson home... 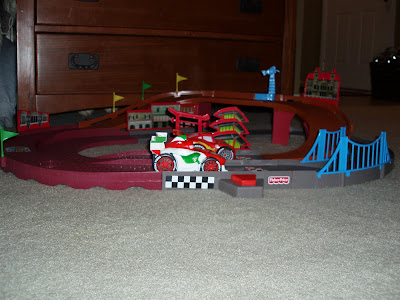 There was also an awesome trace track! 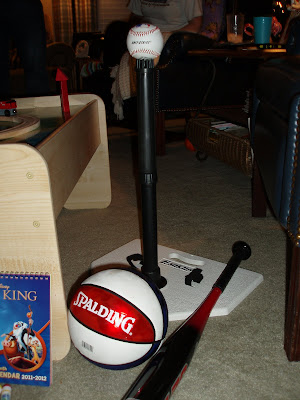 And Santa sure did good with this new ball set! 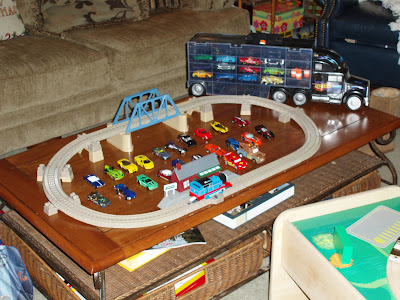 He also got lots of cars (the Semi is from Gigi and Poppa), a train table, and two train tracks... 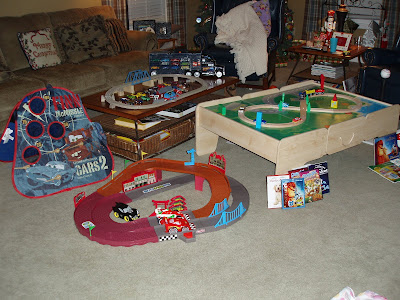 Once we got it all get up we were pretty exhausted and went straight to bed dreaming of a happy little boy coming morning....STAY TUNED!!
at 9:37 AM