Tuesday night I had the opportunity to be a "celebrity" referee (insert laughter) at the Harlem Globe Trotter games. I committed because I knew how much Eli loves basketball, so I thought it would be exciting for him to see his Momma on the court. Turns out I was wrong... 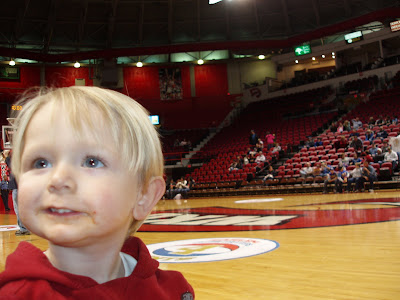 Actually everything started out fine, especially when Eli got to run on the court while I was getting instructions. Yes, I know he has something all over his face...you have to choose your battles some days! 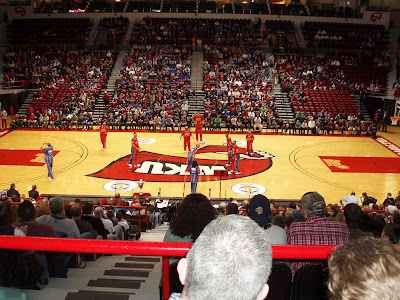 He also did just fine during the first quarter. He sat still and watched the players do their tricks, but as soon as I stepped on the court... 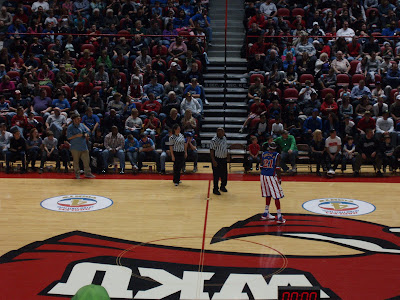 He lost it!! To the point that Eric had to take him out. When I asked him about it later, he told me he was scared...ha! 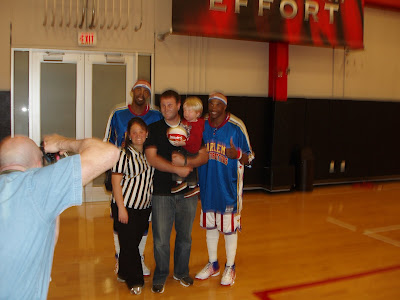 At halftime we got to meet a few players which was exciting for my little man, even if the stranger I solicited didn't take a clear picture with the camera...ooops! 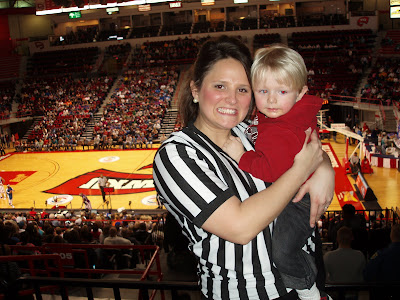 We didn't stay too long past the half because Eli is doing really well in his big boy bed, and we didn't want to mess a good thing up...ha!
at 9:59 AM