Yesterday was a big day for WKU fans. We got a new coach, Ray Harper. He became the intirm coach last month, but now it's official! We went out to Diddle Arena last night to celebrate. 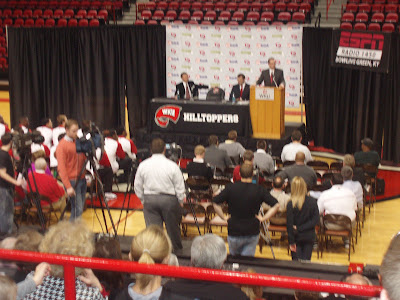 Here is the press conference set up. As much as I love my job I'm happy I was in the crowd with my family instead of taking notes with the media! 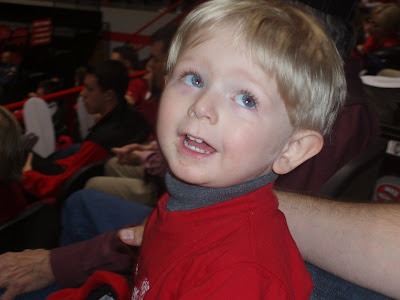 Here's my little Topper fan all excited for the future of our team. 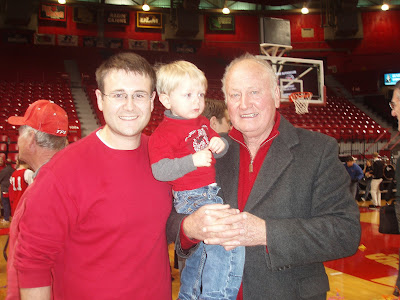 After the press conference we had a chance to take picture with our good friend Darel Carrier. He not only built our home, he was also a player for WKU and even on Louisville's ABA. We love that this legend takes time out for us! 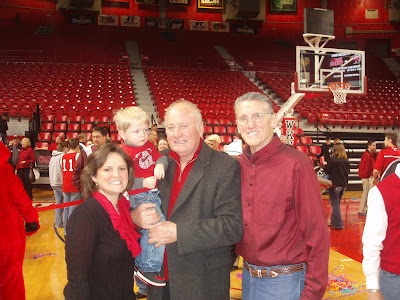 His buddy Bobby Roscoe was also a big time player. I love that they take time to play with Eli and encourage him! 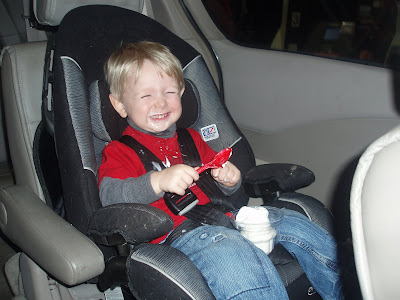 Since it was such a good night, we stopped for ice cream on our way home...just look at that face. Love his heart!!
at 11:29 AM