This Is NEVER Ok

Before you start reading, I need to warn you that I'm going to do something today that I've never done before on this blog....get on a "soapbox." 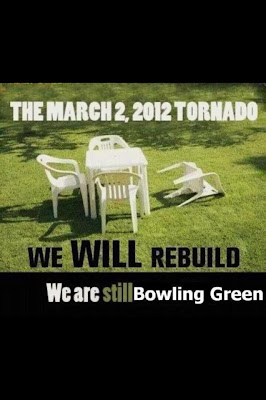 I saw this above picture start circling the internet on Sunday, and I was appalled. It came across my Facebook newsfeed, and since I know the person who posted it, I let it slide assuming this person meant no harm. After all, the weather people (including myself) hadn't exactly painted a rosy picture for Friday's forecast. However, in the past 24 hours, I have scene this on numerous occasions and it is completely unacceptable.
This is going to shock you, but sometimes the weather changes. There are times that models give us conflicting data and we have to make the best assumption possible. There are days we miss snow, rain, and even storms. I get that. It sucks when you want snow and get rain. Nonetheless it happens from time to time. After Friday's storms, I anticipated some chatter about dodging a bullet, but not this.
This picture is not only disgustingly insensitive, it lacks creativity. Originally circulating the internet following the mild East Coast Earthquake, it was funny. There was very little structural damage, no reported injuries, and no fatalities from that natural disaster. Thus, the image offered a chuckle.
Now a very insensitive, un-creative, photshop wiz has copied someone else's idea to make fun of a devastating natural disaster that prompted 144 tornado warnings across five states and claimed 39 lives. I don't find any of that humorous. 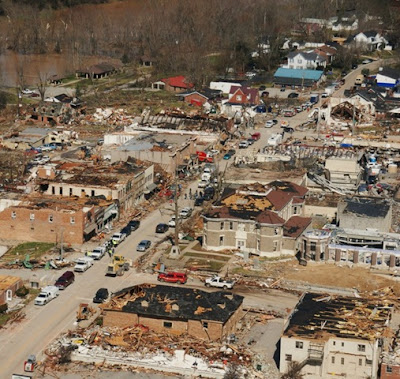 To brief you on how this works, each area has a National Weather Service office that issues watches and warnings. For South Central Kentucky, we receive information from Paducah, Nashville and Louisville... all of which were monitoring the storms.
On Tuesday, the Storm Prediction Center warned of potential tornadoes. By Wednesday the threat level was increased. It became apparent on Thursday that we were looking at a severe threat, and by Friday, a very dangerous situation was brewing.
We weren't look at a system moving into the region with a history to go by. Instead, we were monitoring storm development in a very unstable atmosphere. Thus we treated it like the potentially deadly outbreak that it was.
To say meteorologist missed the forecast is an ignorant misconception. There was in fact, a deadly tornado outbreak that resulted in an EF4 tornado within the warned area. Additionally, a confirmed tornado hit Allen and Simpson counties, and more surveying is being conducted in Barren County tomorrow. 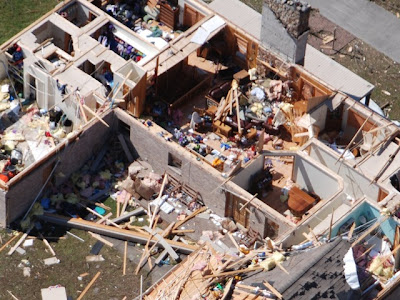 This was the scene in Morgan County where an EF3 tornado ripped a community apart taking lives with it. I don't see anyone laughing here.
There isn't anything funny about losing your home, you possession or your loved ones.
There isn't anything funny about the dreams that have been crushed, the lives that have been torn apart, or the scars that will be carried for a lifetime. 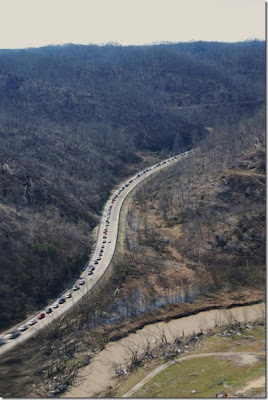 There isn't anything funny about this scene as thousands of people were forced to leave the place they once call home.
There isn't anything funny about seeing friends from Eastern Kentucky grieve for their loss or plea for help.
This isn't funny, and shame on you for laughing. Whether or not you meant disrespect is irrelevant. By laughing at the "missed forecast," you are not only missing the point that it was in fact correct, you are also minimizing what this town and may others are going through. 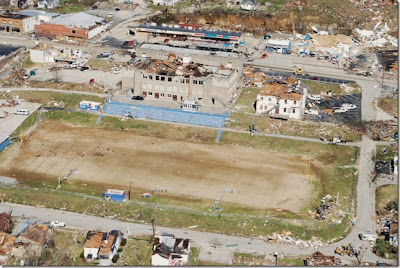 Instead of laughing, you should be on your knees thanking God for His provision for you and your family.
You should be on your knees crying out on behalf of those who have lost so much.
Your heart should break and every once of your being should tremble at the realization that the above scene so easily good have been, and nearly was, us.
It is never okay to become so desensitized, so inward focused that we miss seeing the pain in someone else's life.
at 11:18 AM