Wednesday was probably the worst day we had weather-wise. We woke up and went straight to the beach since it looked pretty. The sun stayed out for a little bit before a big storm blew up. 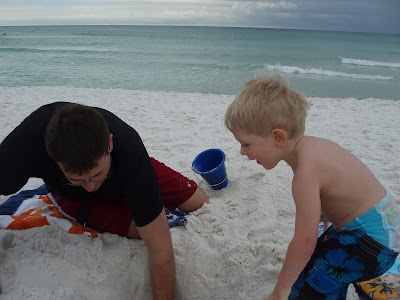 Eli and daddy didn't let that stop them from building sandcastles. 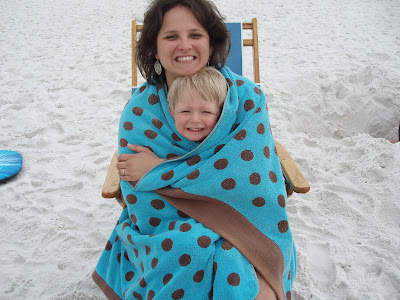 It did, however, have us wrapped up in towels all morning. 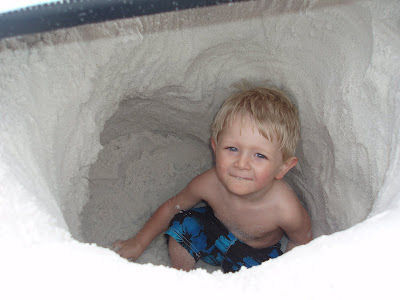 As it turned out, a big storm hit around noon. We ate, then I took a LONG nap while Eric and Emily went to get fresh seafood for our meal. 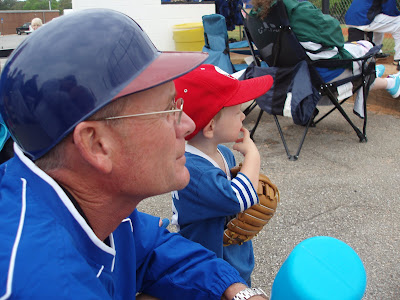 We decided to head to the ballpark while Emily stayed at the condo to work on our shrimp dinner. We were seriously in long sleeves and jackets it was so chilly...really?! 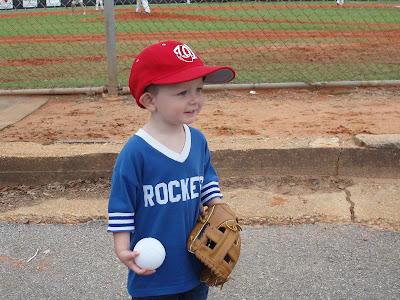 I seriously think Eli would have picked the ballpark over the beach if asked! Lucky for him went into extra innings, so he had lots of time to play. 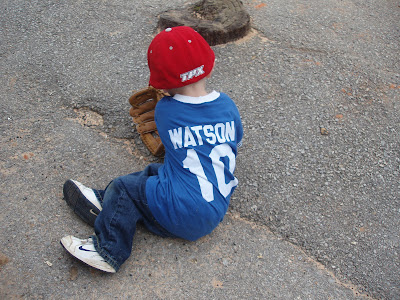 After the game, we headed to the grocery before making it back to the amazing meal Emily had made. It happened to be my first attempt at lobster, and it was a success. We ended the day by meeting my brother's (now) fiance at Friday's for dessert!
at 5:57 PM