By the time Thursday rolled around, we were pretty tired of all the dreary weather.  I mean I kept reading about how beautiful it was in Kentucky...rrh!  Anyway, we decided that instead of hitting the beach we would go to the outlet malls. 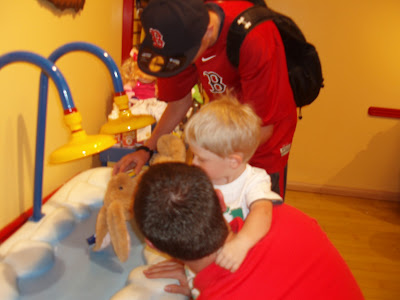 Eric and I decided that since Eli wouldn't be home for the Easter Bunny to visit, we would take him to Build A Bear Workshop.  Ironically, he chose to make a rabbit. 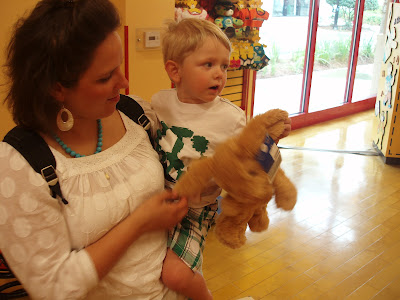 At first he was a little nervous with all the noisy machines, but he warmed right up and was so excited. 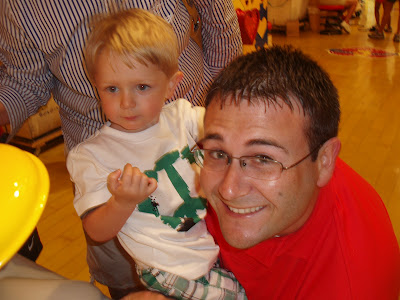 He and Daddy picked an Atlanta Braves uniform, and decided to name our new friends Chipper....after Chipper Jones who is retiring this year. 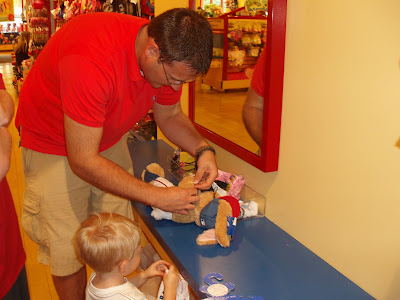 As luck would have it, the clouds broke while we were making Chipper, so we made a quick drive-thru run before heading back to hit the beach. 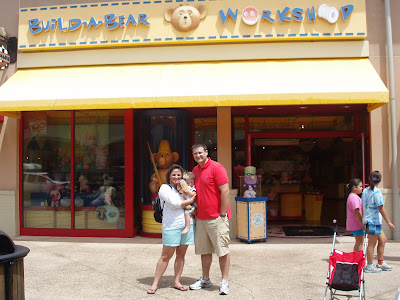 As you can tell, I didn't take camera along.  I will report that the water was rough, so we weren't able to spend a lot of time in the ocean.  We were so grateful for the sunshine that we weren't too concerned about it. 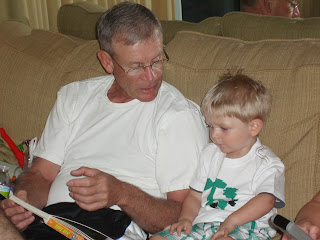 Back in the room Grandad and Eli read a few books while we got ready for dinner out.  Colby and his buddy wanted to ride the go carts, so Dixie and I waited on a table at Joe's Crab Shack while they boys played. 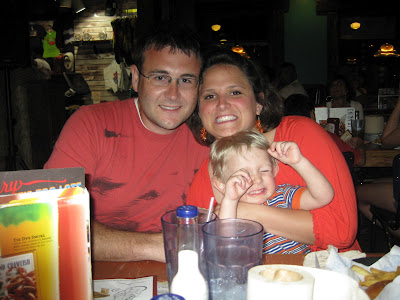 I'm sort of obsessed with their crab dip, so I consumed an entire bowl by myself...oops! 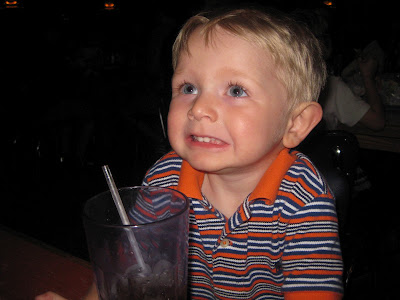 Eli ate a quick dinner, them I took him outside to their playground while everyone else enjoyed a toddler-free meal.  Then it was back to the condo for a good night's rest.