Friday was our last day on the beach, and we were so blessed with beautiful weather.  I grew up going to the Atlantic ocean, which is not nearly as clear as the gulf.  I went to Gulf Shores with friends throughout college, Eric and I honeymooned in Mexico, and we vacation in Tampa every year.  All of that to say that I have never before seen water so clear as Fort Walton.  It was breathtaking. 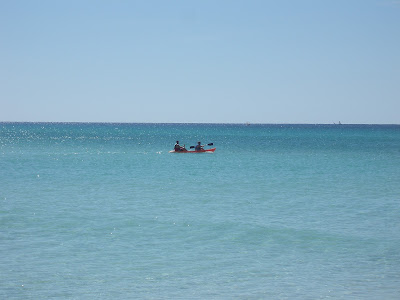 Eric and his sister, Emily, had wanted to Kayak all week, but with all the dreary weather it just wasn't possible.  Friday however, things improved enough that they could go.  They were way out there, but I tried to capture the moment nonetheless. 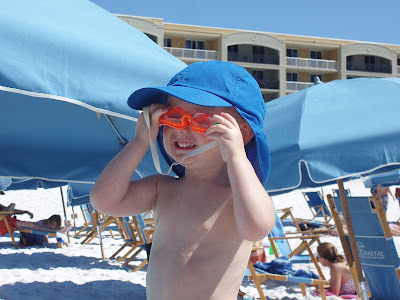 Meanwhile on the shore, Eli sported some pretty awesome goggles. 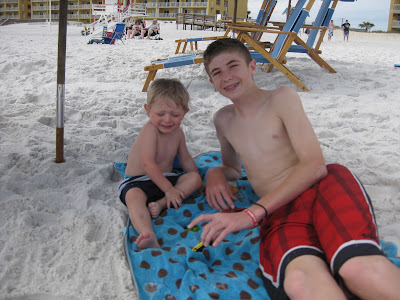 He also spent a lot of time playing ball and digging holes with Colby. 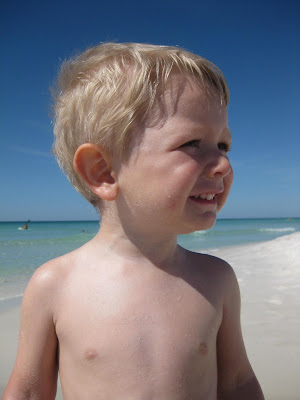 It brought me so much joy watching him come out of his comfort zone enough to wade in the ocean and talk with other kids on the beach.  We started taking him to the coast when he was eight months old, and every year he changes so much. 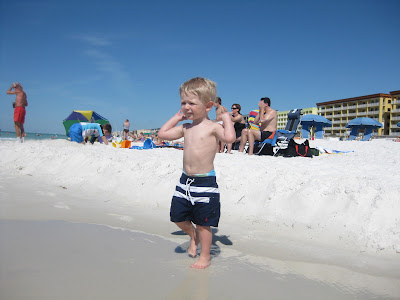 Eric's mom and dad were kind enough to take my sweet boy with them to the last ballgame so that Eric and I could relax on the beach.  We spent the afternoon alone swimming, talking, laying out.  These were things we hadn't done since our honeymoon, and it was precious memories.  We stayed on the beach until well after the crowd had gone just soaking in the last rays of sun and the tender moments of marriage.  I am so grateful for that time. 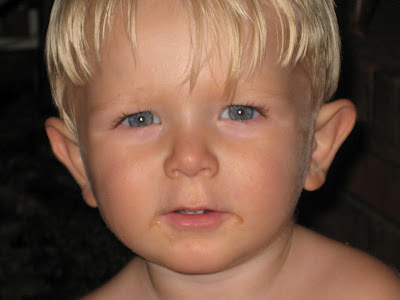 When we finally made it back to our room, we took our showers and started packing while we waited for everyone to get back from the game.  Then it was pizza dinner while we gathered everything up for the next morning.  Eric and I did make a run for Krispy Kreme and gas before we hit the hay.
at 10:10 AM