I don't know about ya'll, but we sure had a great weekend.  Friday after my workout, I went to pick Eli up from daycare, and we made a trip to Wendy's for sweet tea.  I know, most kids want ice cream or a frosty, but what can I say-I'm raising a true southern gentleman.  Seriously, it's what he wanted.

Anyway, after tea we went to the park to meet Eli's girlfriend, Macy.  I actually didn't get any pictures because Ashley and I talked about the entire time.  We went straight from the park to pick up Daddy, then it was dinner at Double Dogs with Uncle Clay  who was passing through town.  We ended our night with a double header softball game, so we didn't make it home until almost mid-night. Again, no pictures. 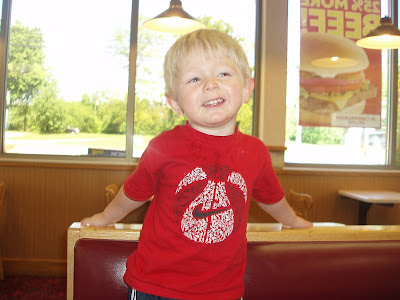 After such a late night we all slept pretty late on Saturday before Daddy cooked up a pancake breakfast.  Then Eli and I went to run some errands while he worked on the garden.  First we had a yummy lunch at Chick-fil-A, then we hit up the mall because Old Navy had $8 dresses...I got a pink one.  Anyway, while we were there we did a little Mother's Day shopping for Gigi since we get to see her this weekend. 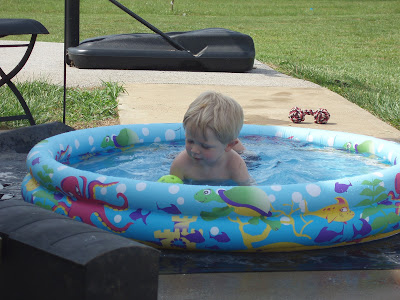 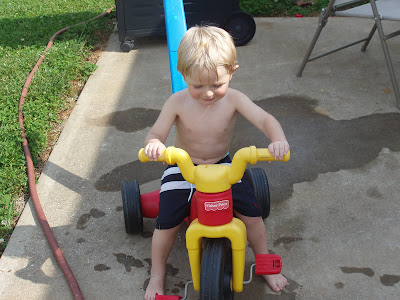 After the mall we headed  to the grocery store before coming home for Eli to nap and Mommy to work around the house.  Of course Eric ended up needing to run back to Wal Mart for a few things.  It was so late by that time that we ate a nice pizza dinner. Ha! 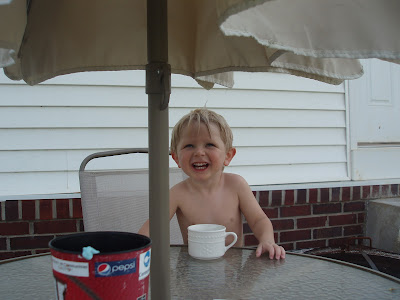 Of course Sunday was church.  Afterwards I made a big country lunch, then it was an afternoon of playing in the backyard.  We swam in the kiddie pool, played with Louie, and ate lots of Popsicles. 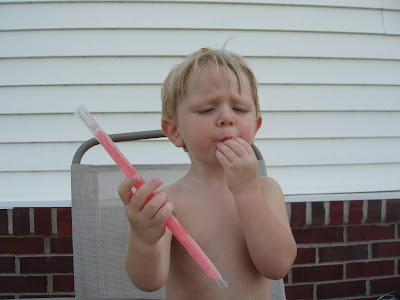 All the while Daddy was busy working on the garden.  I can not even tell you how excited I have to have fresh vegetables this year.  There is nothing like a tomato off the vine! 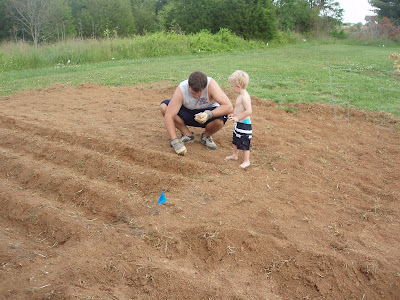 We wrapped up our super awesome weekend with a walk down the road and by grilling out some chicken.  Yum! 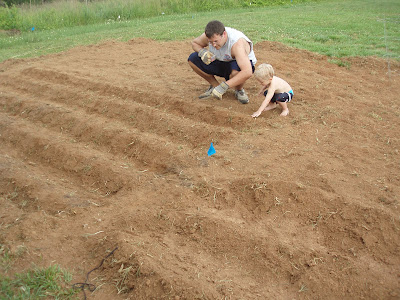 Now it's back to the weekly grind.  Hope you had a great weekend too!
at 3:34 PM