Today Eric's work had a company picnic at Beech Bend Park.  After sleeping in a bit and doing a few chores around the house, we headed out.  The Lord blessed us with the most beautiful day and cool temperatures in the 70s.  Naturally, we opted not to swim since it would be a little chilly. 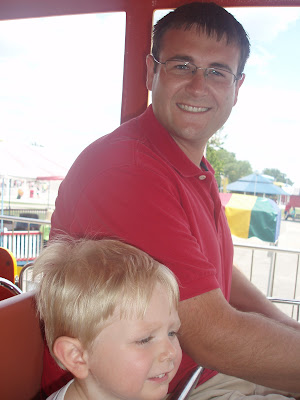 We did however ride the flying school bus. 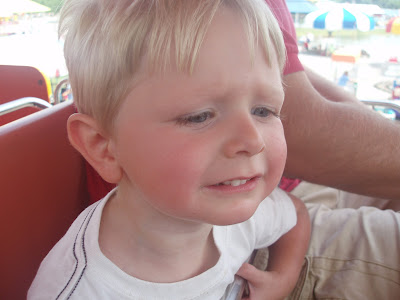 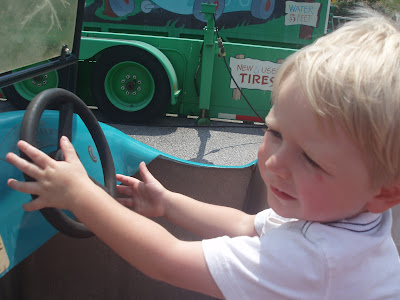 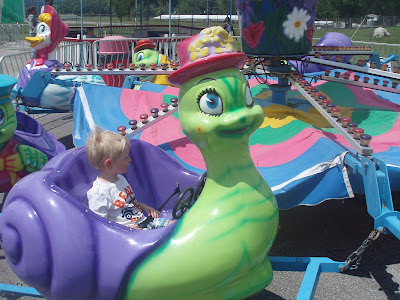 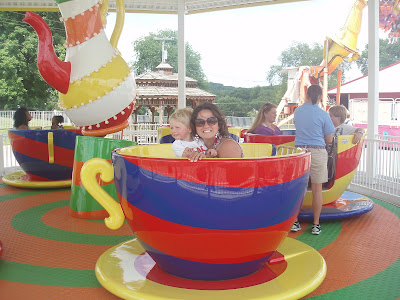 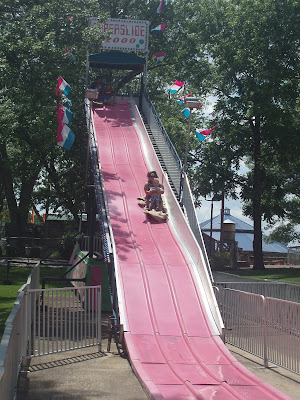 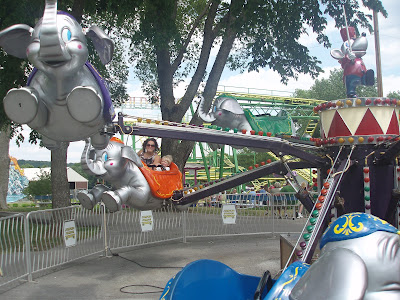 and The Choo Choo 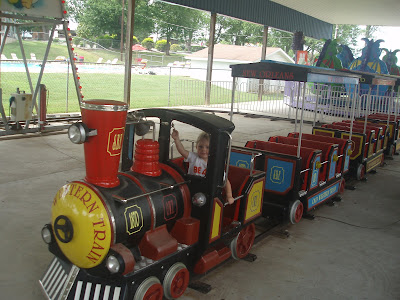 Funny story about the Choo Choo.  The first time Eli rode it, he waited in line patiently to be in the front cart.  Well, no sooner had he sat down than some redneck kid loaded up with him.  I know you're thinking it's harsh to call a child "redneck," but ya'll...he was wearing a wife-beater t-shirt and sporting a blue mohawk!!

What made us mad about this situation was that the boy wouldn't let Eli ring the bell.  Really, his parents couldn't take that opportunity to teach a little decorum.  Then again, if your kid has a blue mohawk that's probably not a priority in you home.

Back to the story, Sunday night Eli told me and Eric that he had a ghost story he wanted to tell us.  It went like this:  "Once a time, boy Eli rided a choo choo.  Blue hair boy getted on.  Ooooh, it scarrrry!!"  Haha.

Translated: Once upon a time, a boy named Eli was riding a choo choo when a boy with blue hair got in.  It was scary."


So after that whole ordeal, we headed to the jungle slide.  It's a maze of sorts for kids.  Naturally, Eli is a little small, so I had to go through with him.  I literally crawled on my hands and knees through part of it.  The slide was so fast that I put my arms out to slow down, and now my elbows are sporting some nice looking burns!