Tonight was a big one for my boys as they had the chance to meet a few Louisville Cardinals at the National Corvette Museum.  It was part of the traveling Cardinal Caravan. 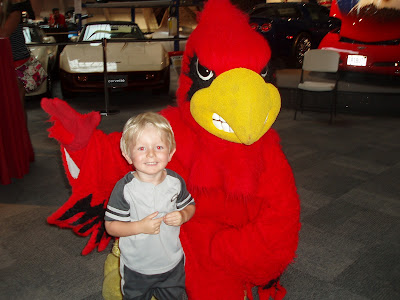 Just look how excited this little guy was! 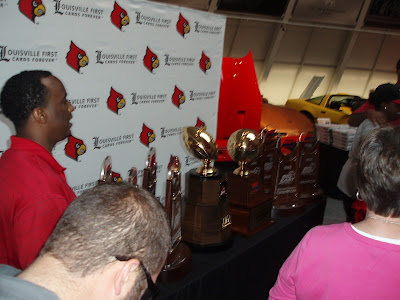 His Daddy shared the same enthusiasm taking this picture of the trophies.  And the two of them got to meet Shane Bohannon and Peyton Siva. 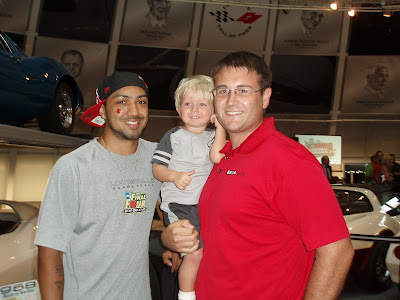 It was precious because Peyton Siva gave Eli the Cardinal sticker he is wearing in the above picture. As you can imagine Dad and son were equally excited, so Eric took the sticker to put in a safe place.

Don't worry though, we replaced it with a Cardinal sticker we got before leaving and Eli has no clue it isn't the same one.