We have had a great Saturday here in the Watson home.  It was a pretty lazy morning, watching TV and playing in our PJs but the afternoon was busy.  First we went to Family Fun Day at WKU. 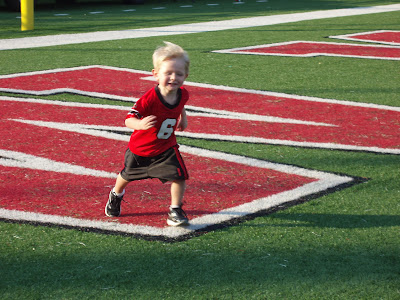 It's an annual event held on WKU's football field. 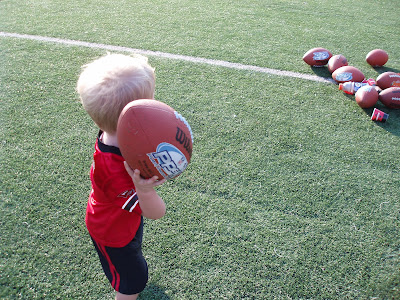 The kids get to meet the players and coaches.  Plus, the dance team and cheerleaders are there.  Of course, Big Red steals most of the action! 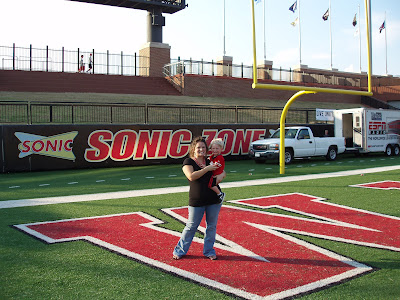 Here we are supporting our team....Tops, Tops, Tops!! 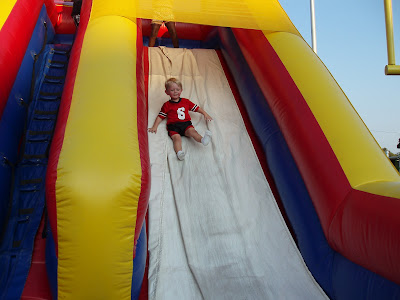 Before we left, Eli had the chance to play on the inflatables.  Then it was off to Taco Bell to meet Owen and his family for dinner.  Of course the boys were too excited to play because we were headed to Chaney's for Ice Cream and a Moovie! 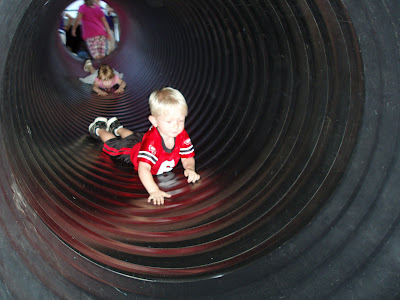 They played on the slides until the show started....The Smurfs!  Then we enjoyed some fabulous Ice Cream while watching the movie! 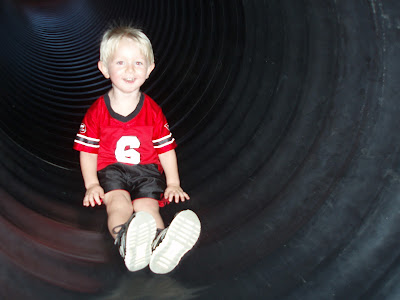