We woke up this morning and headed downtown after breakfast.  We wanted to do a little shopping and sightseeing, so we walked to the CNN Center where Eli and Eric racked up on some Braves gear.  I was pretty hungry at that point and knew that walking in the GA heat would throw me over the edge, so we ate a quick bite in food court before heading to IKEA.

Eli fell asleep for about 10 second on the way, but was up as soon as we pulled into the parking lot. Ha!  We found a few small things for around the house, and decided to hit up Target before heading to the game. I had a gift card I wanted to use, but of course Eli is the only one who ended  up with anything!

Funny story, my mom sat in Eli's red slushy so her time in Target was spent searching for tide wipes...ha! Oh yeah, and my dad proceed to remove the stain from her rump...IN PUBLIC!!  I thought Eric and I would die from laughing! 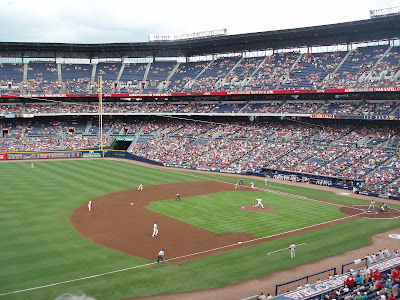 Next it was off to the game, and it was hotter than "you know what."  Luckily, my husband is a genius and bought club level seats.  We all took turns going into the air conditioning! 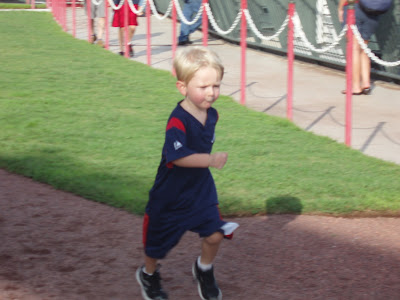 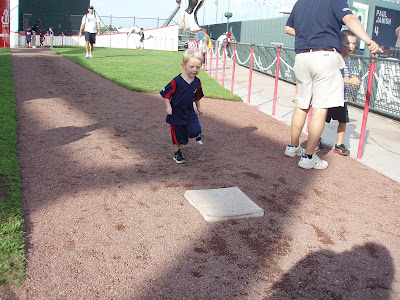 After a few innings Eli was getting rowdy, so we took him to the SkyPark where he could run some bases and get energy out. 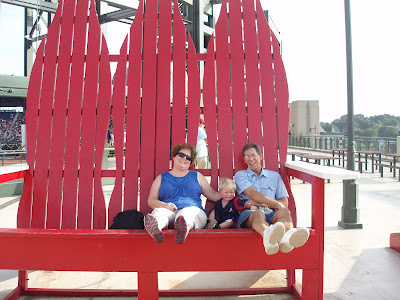 It's at the top level of Turner Field and has fun activities sponsored by Coke.  Plus, it overlooks the Atlanta skyline,  so you know we took advantage of getting pictures! 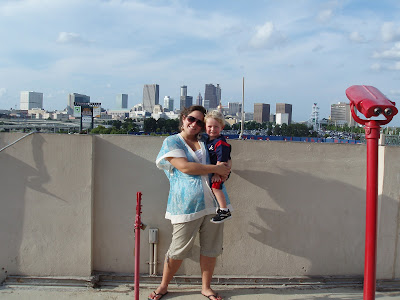 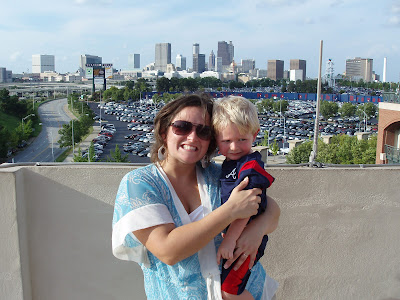 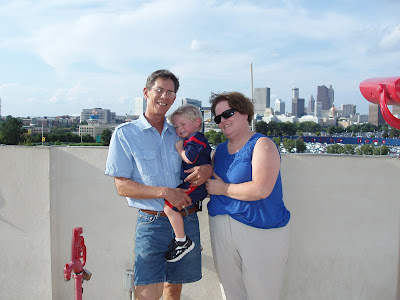 We ended up getting a snack before joining Eric back in the stands.  We watched a few more innings and sang "Take Me Out To The Ballgame" before hitting up the Skydeck one final time! 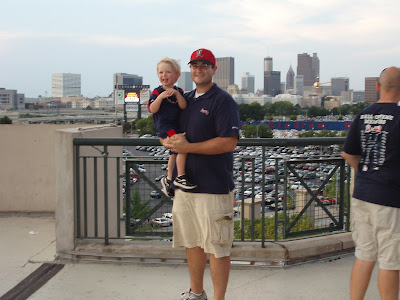 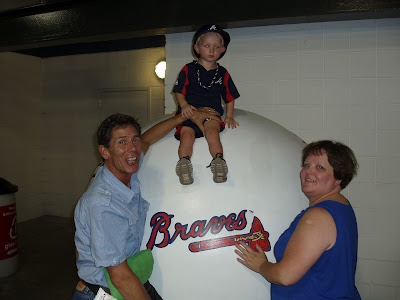 We ended up leaving the game a little early which sucked when we found out that Chipper Jones hit a game winning home run!!  After driving around for about 2 hours, we gave up on finding a place to eat.  Now we're munching on fast food...BLAH...and getting ready for tomorrow!
at 11:26 AM