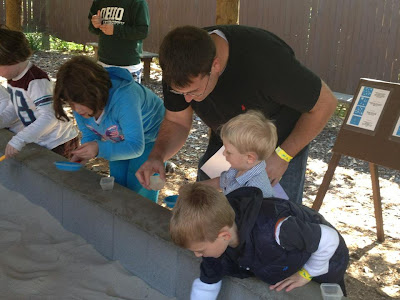 Eric's cousin came in from Tennessee this weekend and the kids had a wonderful time together.  Of course going to Dinosaur World was probably the highlight for them. 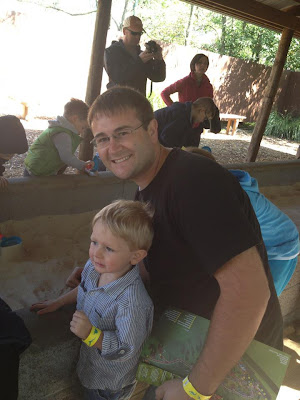 I had to laugh because there is a Fossil Dig for the kids, and Eric was probably more excited than Eli.  When Eric was little he would dig in the backyard for dinosaur bones, so one night my mother-in-law buried chicken bones.  Of course we managed to video his reaction which was priceless.  I kept telling him on Saturday that he was finally getting the real deal. Ha! 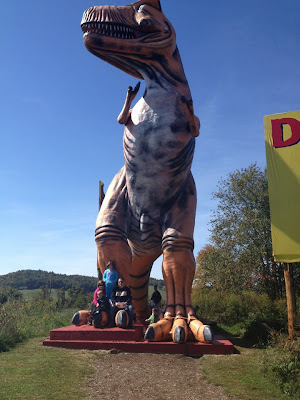 Here are Brian, Julie, Katie and Sam at posing with one of the dinosaurs, and of course we had to do the same! 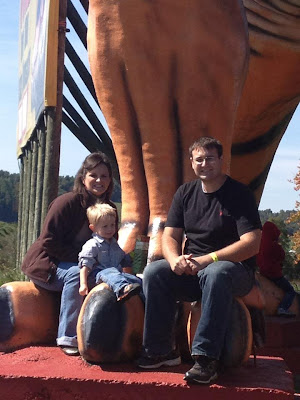 Eli was a little overwhelmed at first.  He's very into dinosaurs right now, but seeing life-size replicas was sorta intimidating.  Basically one of us had to hold him at all times. 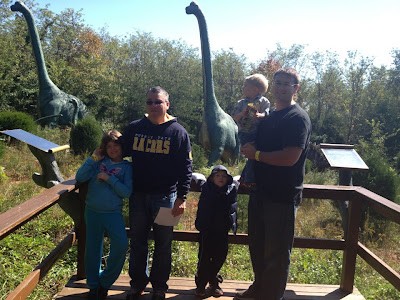 I have to say that I really enjoyed Dinosaur World.  In fact, if you've ever in the area of on I-65 in general, I would take a break and stop in.  It's both fun and educational, and it will give the kids a chance to burn some energy. 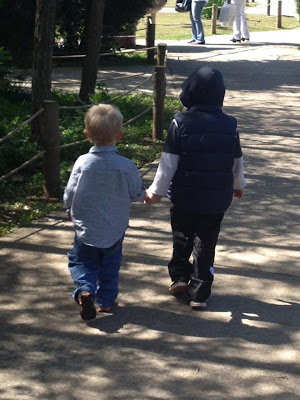 After Dinosaur World we ate a quick lunch at Pizza Hit before taking Eric back to get ready for a wedding.  Brian, Julie and I then took the kids hiking on a local trail where there were plenty of scarecrows to entertain them on the way. 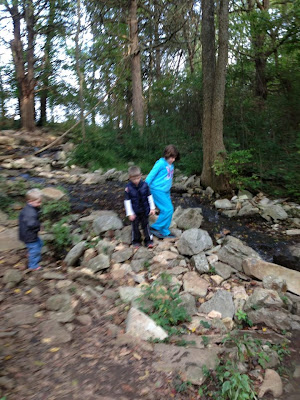 After the hike, Brian and Julie kept Eli so that I could go to the wedding with Eric.  I have to admit that I may have enjoyed my mini-date with Eric as much as anything!  Ha!  No really, it was a wonderful weekend and a fun visit from family.
at 4:57 PM