As I mentioned yesterday, I was in desperate need of revamping my laundry room.  Of course with little time and little money, I had to get creative.  Earlier this week I found some cute items at Roses.  I picked them up after work today and got started on the little project since it was my last afternoon sans baby. 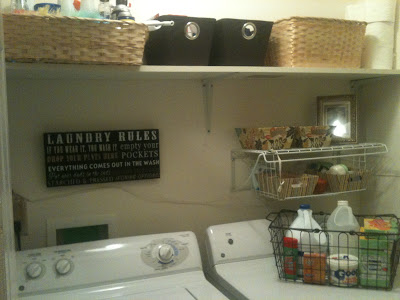 Of course I didn't get a "before" picture, but let's just say that the health department would have shut us down due to safety concerns. Ha!  First I cleaned out all the junk, then I used my new baskets to organize the things I had to have. 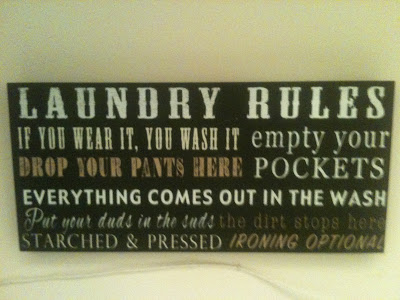 I also hung this little picture above the washer. I really needed something bigger, but for $5, I couldn't justify spending a dime more.    The little containers below were also at Roses for fifty cents a piece...who could turn that down? 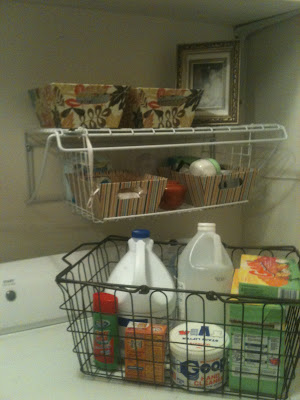 The basket on the dryer was given to me at my grandfather's funeral in 2008.  It had a flower in it, but it died.   I couldn't bring myself to throw it away, so two moves later, I still had it.  I think it is the perfect touch to my little project.