Today we decided to carve pumpkins, and as luck would have it, I didn't charge the camera.  This means I had to document in grainy, iphone pictures, so please try to enjoy despite the poor quality. 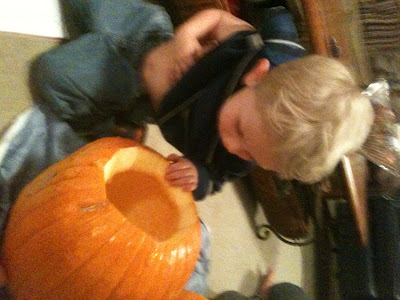 Our little adventure started by driving up the road to a local farm to buy pumpkins.  Ya'll they are $2!  I can't justify spending $8 - $10 a piece at the orchard when I can go three miles down the road and grab three for what one would cost.  Sadly, Eli doesn't share my same view on this subject and upon arrival to the farm, threw himself into an embarrassing tantrum all because there was no slide. 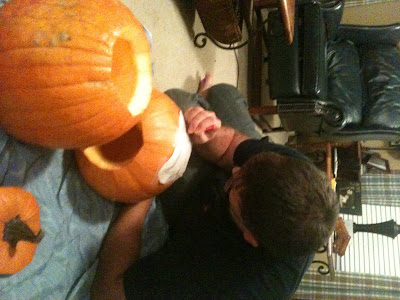 Aside from not getting his own, personal pumpkin the meltdown did not taint our night.  In fact, Eli calmed down rather quickly which meant we were able to get to work.  Now, I'm not the creative type, but my dear hubby is.    So, he drew (by hand) the designs that we had chosen. 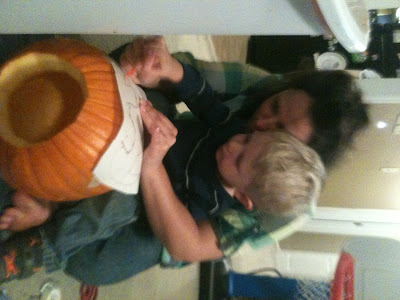 Eli wasn't much for cleaning out the goo, but he did thoroughly enjoy punching holes in the stencil.  That and pointing something out to Dad.  I'm not really sure what was going on here, but it's cute. 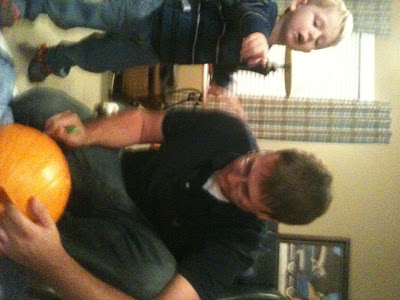 Alas, the pumpkin carving was done, the tea lights lit and set in place, and the pumpkins picture ready. As you can imagine,  the tacky, yet impressive, Louisville Cardinal would be Eric's.  Batman was mine.  Please note that this was not my subject of choice, but a certain toddler insisted on it! 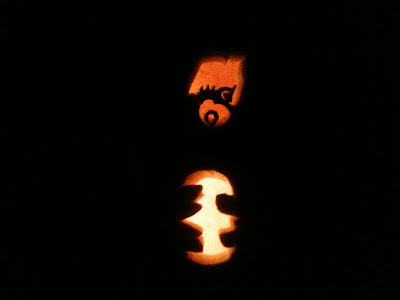 Here they are, our little creations.  Now, I won't even venture to compare mine with Eric's.  However, considering I have moved from my typical geometric figure, affectionately called, Geo Jack, I would say that Batman was a success. 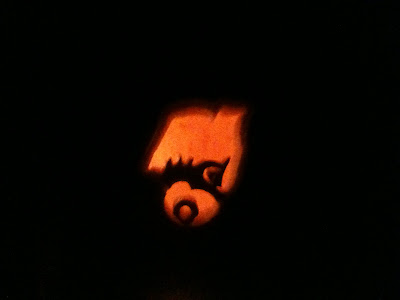 And even though Eric is clearly the more talented partner in this marriage, I have to brag for just a second, because when asked which one was the best, Eli boldly announced...BATMAN!! 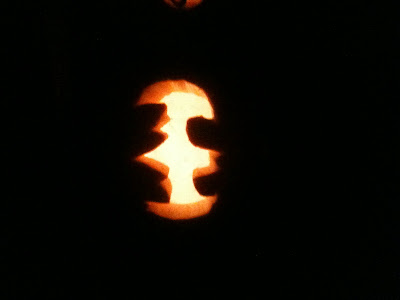 Granted Eric drew the design, and Eli thinks he actually carved it himself, but who cares.  A "W" is a "W."  Plus it's a first for me...EVER!! 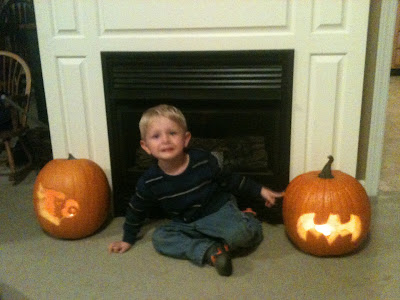 So by default I won the 2012 Pumpkin Carving Challenge...at least based on the opinion of a certainly little three year old judge!