Today was Eli's second ever dental visit, and I couldn't have been more proud.  When we went six months ago, he was so scared that he would only let them count his teeth.  This time he jumped right up in the chair without a second thought. 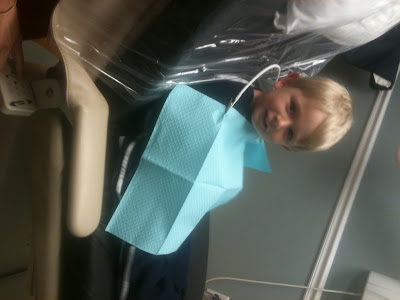 They of course checked those "pearly whites" which where healthy, by the way.  He even let them clean and floss!  Impressive if I do say so myself.  Our only problem was he didn't understand "Mr. Slurpy."  This resulted in him constantly swallowing the spit...yuck!  Oh yeah, it also meant no fluoride rinse. 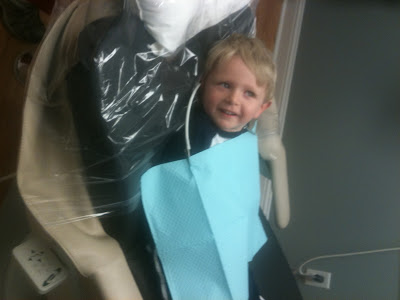 We also discovered that he is has an extremely small mouth...no surprises there!  Ha!  Now we have to downsize to an infant toothbrush.  He's not a huge fan, but I must say that it's better than worrying about jabbing his gum. 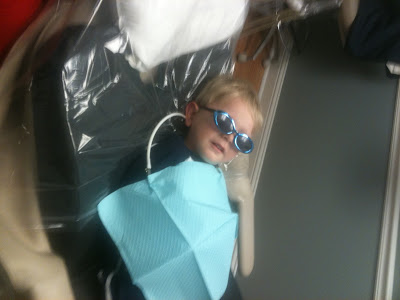 After Eli's exam, Eric and I had to see the dentist too.  The original plan was for him to go between us so that  there would always be an adult to supervise   Of course, I was late getting there which ruined the plan.  This left Eli unattended while we were both in the chair. 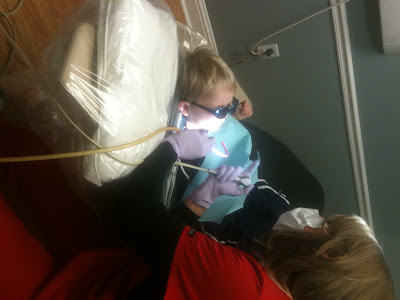 Overall, he did great!  However, when we made it home we discovered that he had snatched a few toys and hidden them in his bag...ha!  That boy is a sneaky one! 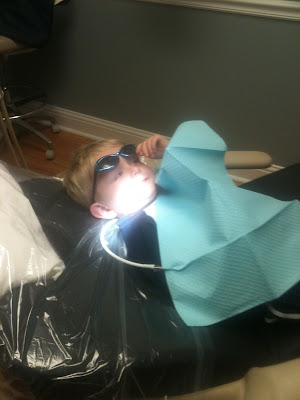 After the appointment we went back to my work which is always a treat for Eli.  Then we made a trip to Wal-Mart and had lunch with daddy.  Now, we're settling down for a quiet weekend at home.
at 10:33 AM