I tried my hardest to have a perfect Christmas Eve, but that's not exactly how things went down - which probably what made perfectly imperfect. 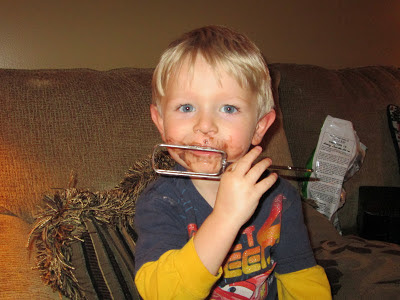 For starters, I had to work which was a MAJOR drag!  Luckily, I wasn't there too horribly long!  When I made it home, we spent the day playing and just enjoying time together along with some laundry!  I decided to make homemade Potato Soup for dinner, but forgot that Eric is making problems with milk.  He ended up eating a frozen dinner, and so did me and Eli after I cooked the potatoes too long!

We also made no less that TWO birthday cakes for Jesus.  As Eric was preparing the turkey he managed to splash "juice" into the cake on two separate occasions.  Luckily, after 2,012 birthday's I think Jesus was okay without a cake this year! 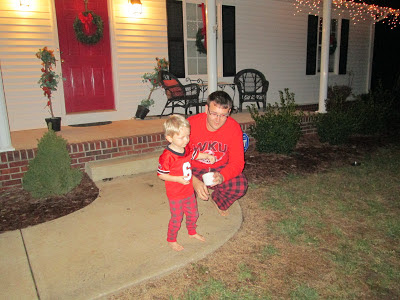 Finally, we made it to bedtime. I had bought Eli the cutest PJs, but he insisted on wearing what Daddy had on.  Oh well, my perfect holiday didn't jive with Eli's vision...so what?  That's why Eli has on a WKU jersey in this picture of him leaving food for the reindeer. 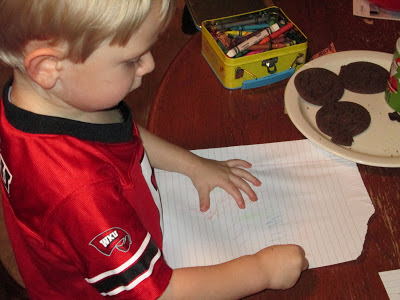 After feeding the reindeer, Eli had to write a letter to Santa.  I laughed so hard when he wanted to tell Santa that he no longer used "Cole Trickle" words.  I don't think I ever documented his on here, but one night recently Eli busted out with a certain four letter word.  Turns out he heard it from Tom Cruise's character, Cole Trickle on Days Of Thunder.  Guess what movie we quit watching? 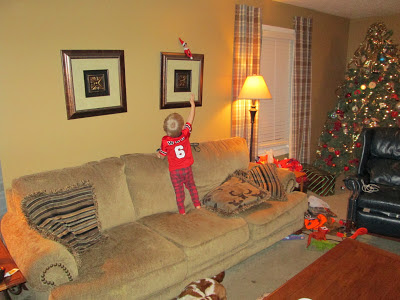 After finishing the letter and setting out cookies, Eli stopped to tell Payton Siva goodbye.  Our Elf On The Shelf then departed for the year.   By the way, it's someone around this point that we discovered a leaking toilet and damaged bathroom floor. 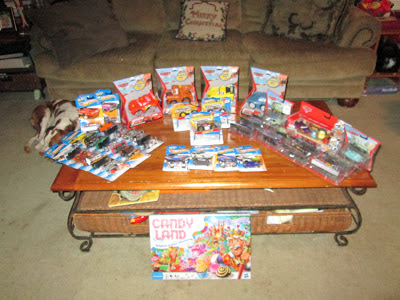 While our sweet boy fell asleep with visions of Sugar Plums dancing in his head, Santa got to work laying out toys.  Only he left his DD Batteries at the North Pole.  He rumble through every toy in the house and came up with nothing.  That's when he had to make a midnight run to the gas station for overpriced batteries. 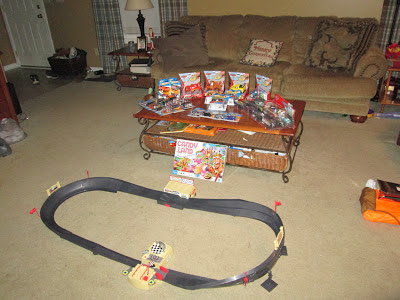 Lucky for Mrs. Claus, he returned with Sunkist and a Milky Way which was perfect.  Between fixing the van and buying two sets of new breaks, replacing a TV and paying for a broken nose, we decided that our gift to each other would be time together, so it melted my heart when Eric walked in with a simple  yet perfect present for me from the gas station.  I will never forget it!

No amount of planning on my part could have made for a more perfectly imperfect Christmas!