So a couple of days ago I showed you some pictures from the Christmas parade that we were in.  Well, now I have to brag on my husband a second because he went above and beyond to make sure that our station was well represented. 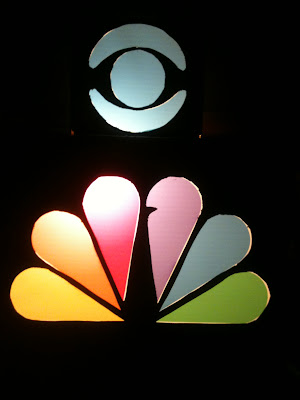 He conjured up this design to display both the NBC and CBS logo for our stations.  Once he had a stencil in place he punched the design out on a cardboard box. Think pumpkin carving here.   He then glued paper behind the whole give it some color. Next, he put a light inside the box and seals it up.  Finally, he made a TV shower and wrapped it in lighted garland. 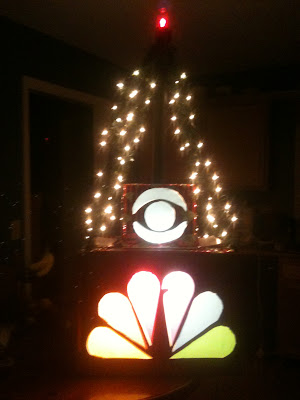 This is a very simplistic explanation of the process.  It actually took three days, several late nights, and lots of patience.  I couldn't be more proud of the finished product.  Although, I think I am most humbled by the way Eric took time out of his bust schedule to serve me and to show his support to my career. 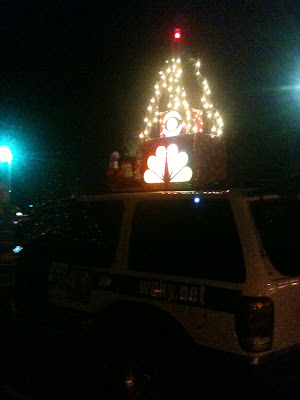 He's a pretty cool guy.  Single ladies - hold on for one like this...it's well worth the wait!