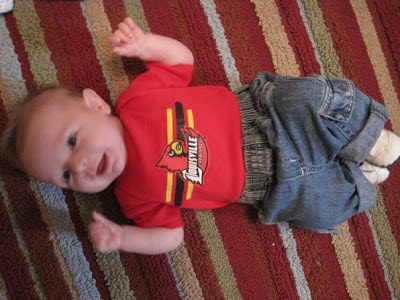 Ya'll know that Eric has brainwashed our child into liking the Louisville Cardinals, right?  I mean I grew up in Cat country for crying out loud!  It never once dawned on me that my child would be one of "those" fans. 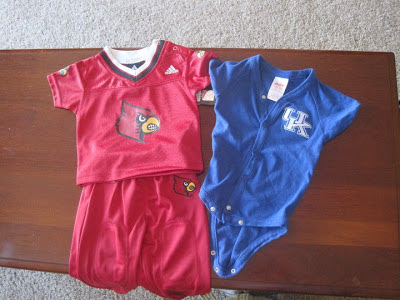 I should have known when our wedding cake was a "house divided" this could be bad.  I mean we aren't of the same political party affiliations either, but those conversations are much more civilized than ones about sports. Ha!

Anyway, sense I don't give two hoots about basketball, I let Eric brainwash our son.  Eli is obsessed with the Cardinals and will not hear of any other team (especially the Cats.) 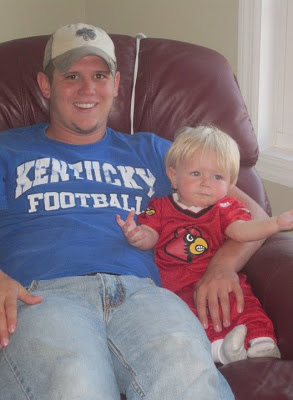 So last night on our way back from the restaurant my brother had Eli in a tizzy talking about the Cats.  The two argued the whole way home telling stories about Cats eating Cardinals, and trains running over Wildcats.  I won't lie.  It was a little gruesome!

Clay even turned the fight song into a chant about the Cats.  This sent Eli over the edge to which he started singing his own little ditty to the tune of  "Jesus Loves The Little Children."


"Jesus loves all the Cardinals." 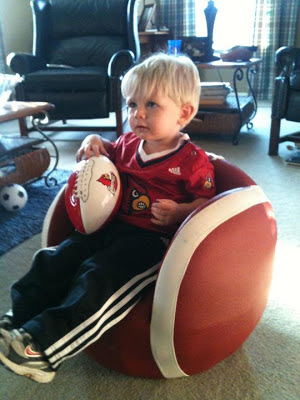 That my friends is what you call BRAINWASHED!!  I'm not sure how Biblically sound this claim is, but it sure was cute, and for the record, I have been converted slightly.  I will cheer for Louisville as long as they are not playing UK. 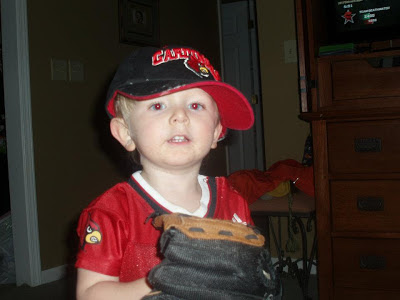