I've sorta been a mess this week thinking about our last days as a family of three.  Ellie won't be making her debut until Monday, but the weekend is packed full of company, cleaning, and packing.  So, I wanted to soak up as much time as possible with my sweet boy! 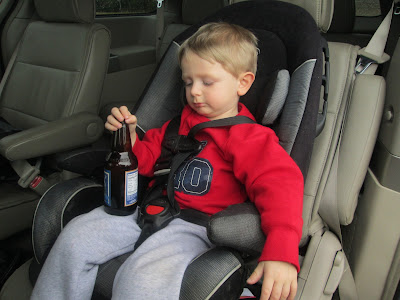 After the show I met Eric at his work to pick up Eli, then he came back the station with me while I finished up a few last minute projects!  After a near disastrous morning, I took Eli to Chick-fil-A to play on the playground while I worked on taxes.  Afterwards he went with me to meet Eric to file. 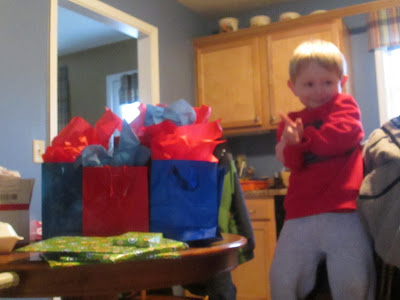 Eric brought Eli a Root Beer which he enjoyed on the way home.  Once we made it back, Eli played while I prepared for his big brother bash!!  Earlier in the week, Eric and I had gone to the Dollar Tree to stock up on cheap toys for the hospital. 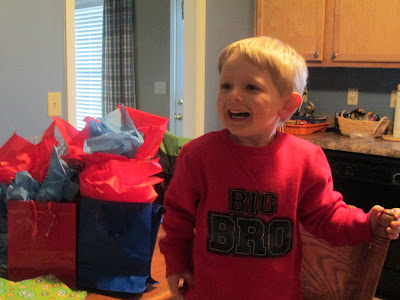 We wrapped them all individually so that it looked like a ton of stuff.  Then Eric stopped on his way home from work to buy balloons and a cake to top off the festivities! 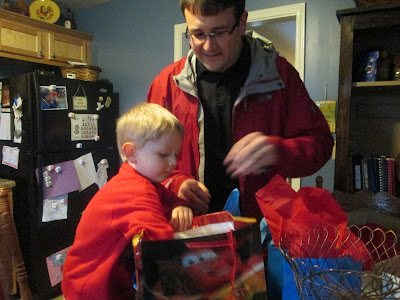 It was pure joy on this boy's face when we started celebrating this upcoming milestone in his life! 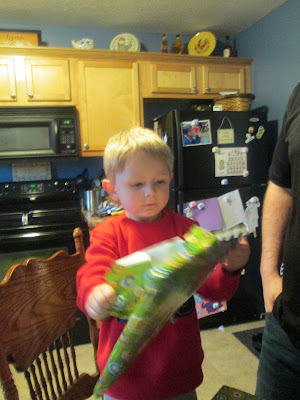 After our little celebration, we headed out to dinner.  Of course Eli got to pick, and that meant Pizza Hut!  He was in heaven enjoying his bread-sticks! 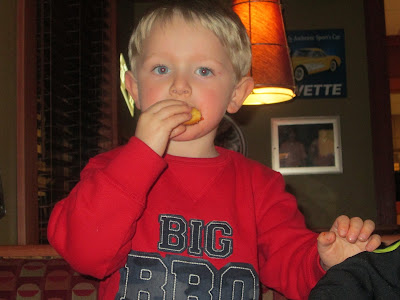 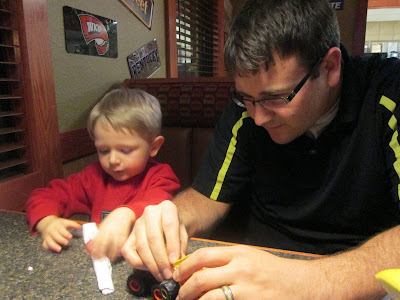 We finished off the big brother bash by hitting up Just Kiddin' which is an indoor playplace for kids.  Eli spent no less than two hours burning off lots of energy. 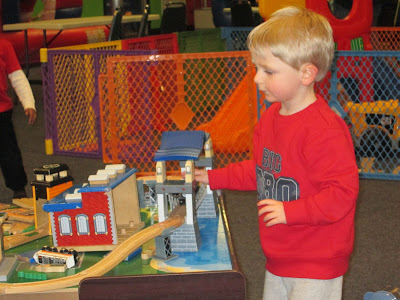 Eric was a nervous wreck and kept sanitizing his and Eli's hands...ha!  That's why I call him Safety Sam! 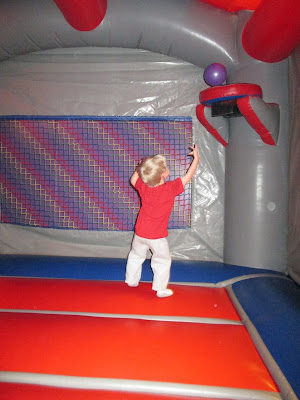 We came home, blew up the air mattress, and watched The Lorax in front of the TV while snuggling with our boy.  It was the prefect way to celebrate our boy and to wrap up our Big Brother Bash!!