And So It Begins

Ya'll know that we are a house divided.  I'm from Lexington, so I naturally cheer for the Kentucky Wildcats.  Meanwhile, Eric went to University Of Louisville before transferring to WKU.  This makes him a Cardinals Fan.  The trouble is, this can be problematic at times. Ha! 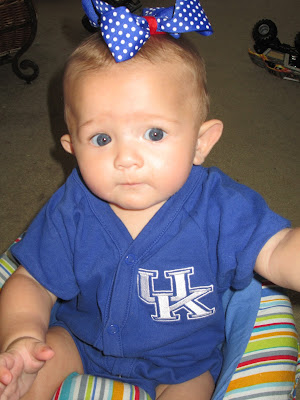 Eric has succeeded in brainwashing our son into becoming a Cardinals Fan.  So much so that he sings songs like, "Jesus Loves The Little Cardinals," and he named our Elf On The Self, Peyton Siva.  It's sad, ya'll!!

Well, I'm trying to raise Ellie up right as a Cats fan.  Ha!  My family has joined my efforts, and they're keeping me well stocked with plenty of UK gear. 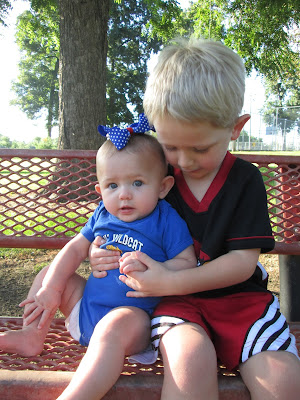 It makes Eli madder than an ole wet hen to see Ellie dolled up in blue.  This is a picture of them on Sunday representing their teams.  As you can tell, the family rivalry continues, at least for now.  I'm sure my boys will somehow end up convincing her to wear red.

Of course, that's all fine and dandy, unless it's a match-up between the Cats and Cards.  Then it would only be fair to keep playing fields even, which means Ellie Girl would have to sport blue...just sayin'. 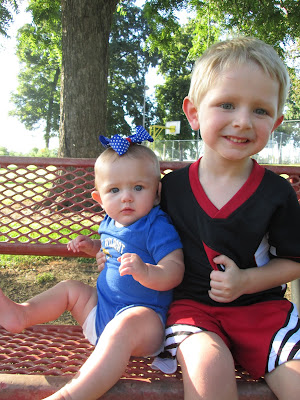 And in case you're wondering, we have all found some middle ground.  The WKU Hilltoppers will always trump both the Cats and the Cards in the Watson Home. 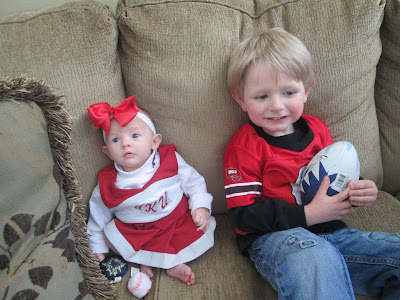