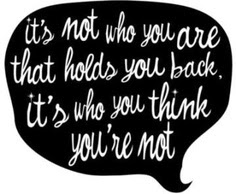 I hope ya'll had a great weekend.  We sure did, and it was much needed after such a crazy week last week.  I think I mentioned this last week, but I got a new app called Lose It.  Ya'll, it's just amazing!  I have already lost six pounds!

I know that every week won't be quite as drastic, but it was still nice to finally see the scale move.  I don't think I'm ready to take progress pictures just yet.  I think I'll do that every 10-15 pounds.

As for now, I haven't been to the gym in over a week.  Between the kids being sick and my changing work schedule, I haven't had time, but I'm not letting that hold me back anymore.  As much as I would love to fit in a run every day, I'm just not in a season of life where that is possible.  However, I'm done letting that be an excuse.  I am now using it as motivation to eat healthier.  I can't always control my schedule, but I can control every bite that I put into my mouth..

Hopefully next week I'll be ready to take pictures at the 10lb mark!