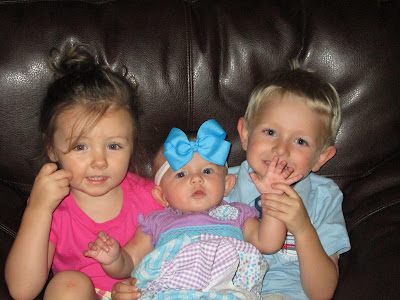 Ok, Alabama is not "home," but it is sweet...especially where you're there to visit family! After work on Friday we loaded up the kids and  headed to Florence, Alabama where we had a wonderful weekend with Eric's cousins. 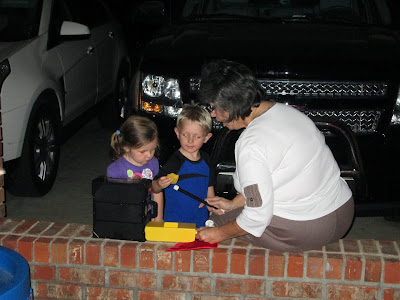 The drive ended up being less than three hours, and both kids slept pretty much the entire way.  We may or may not have pretended that it was a date. Ha!  When we finally got there, we let Eli and Paisley play for a bit before heading to Eric's aunt's house for dinner.

Ya'll they grilled up the most amazing steaks.  It was southern hospitality at its best.  After dinner Eric and Jeremy headed out to fish while Jessica and I took the kids back home to go to bed.  They were't too excited about the whole sleeping thing, so we had to seperate them. Ha!  Once they were in different rooms they fell right off to sleep.

Of course my two were up at the crack of dawn.  Not wanting to wake the rest of the house, I loaded them up and drove into town for McDonald's breakfast, and a lot of coffee.

When we made it home everyone was starting to wake up, so we got dressed, dropped Ellie off at Eric's aunt's house, and took the big kiddos our for a fun day.  I'll let the pictures tell the story..... 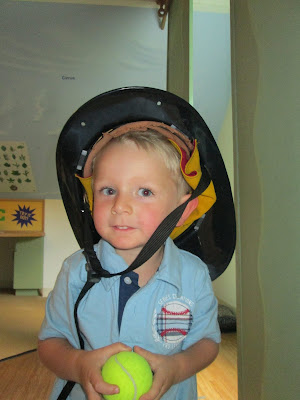 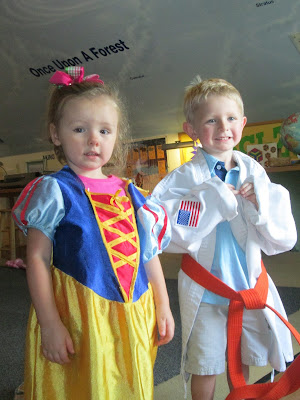 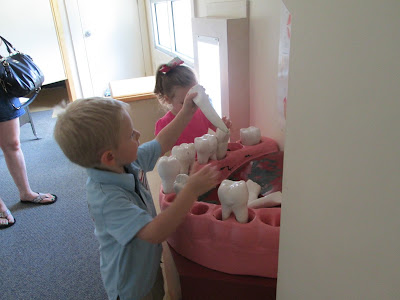 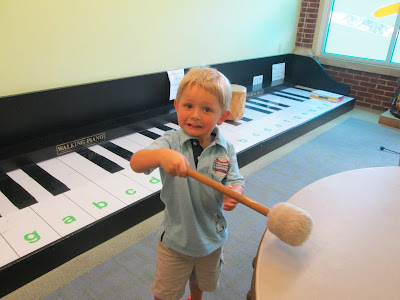 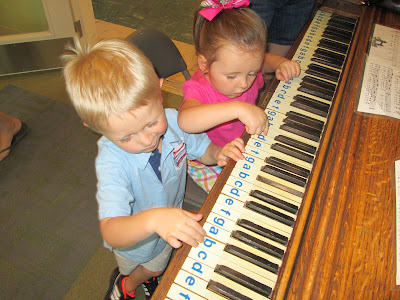 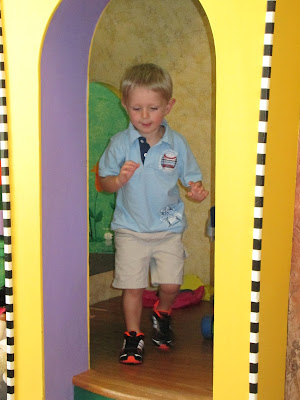 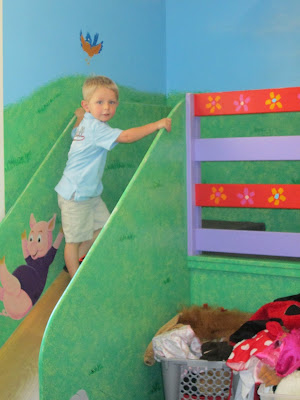 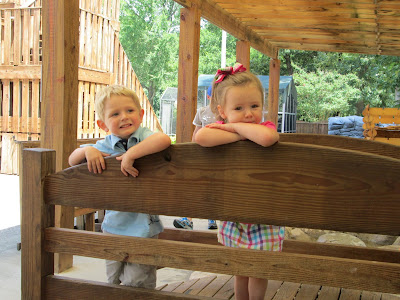 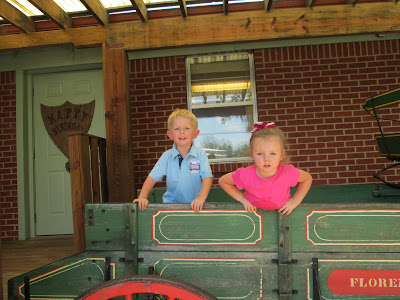 As you can see above, the first stop was at Children's Musuem.  The kids played dress up and dentist, made a rucous in the music room, and had a blast in sliding area before we headed outside to play in the water, cross the bridge and ride in the pioneer wagon. 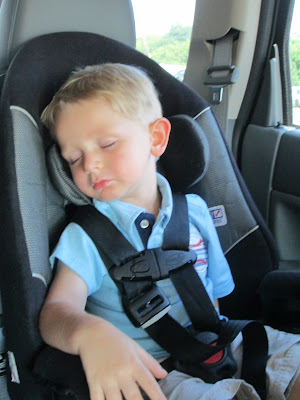 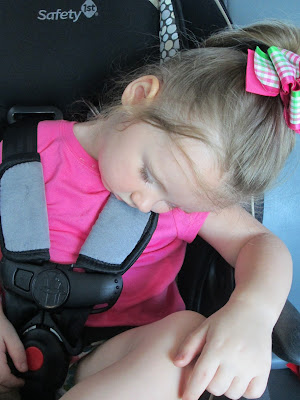 We were pretty hungry at this point, and decided to eat at a Mexican restaurant before taking the kids to the park to feed the ducks.  Well, we got lucky with both Eli and Paisley concked out!  We called this our Mommy Timeout! 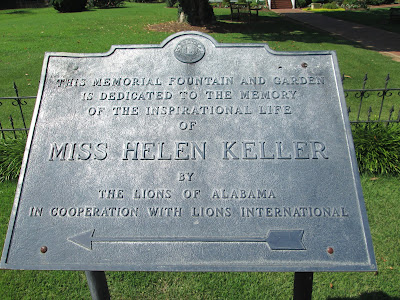 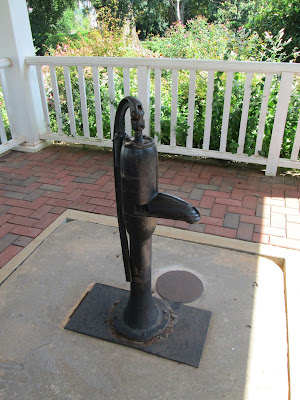 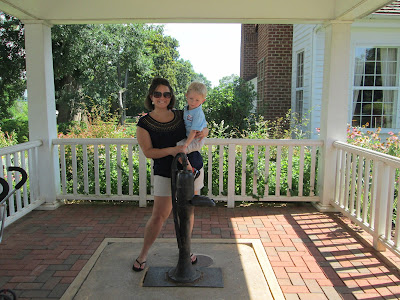 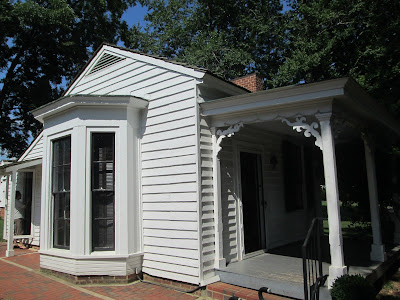 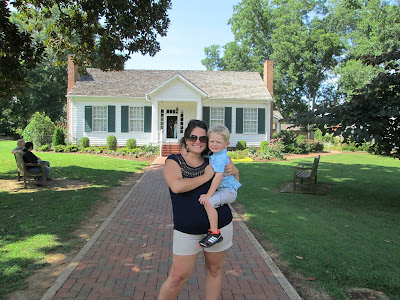 Knowing I'm a Southern History buff, Jessica took a little detour on the way to the park, so that I could see Helen Keller's home.  Again I'll let the pictures do the talking, but I'll add that it was amazing to see where she born and raised, to see Anne Sullivan's living quarters, and of course, to see the famous well where she said her first word! 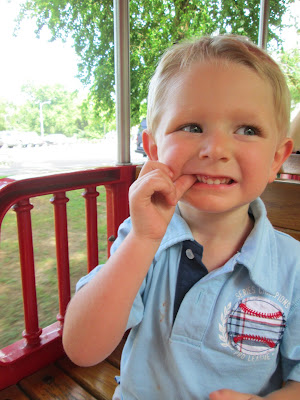 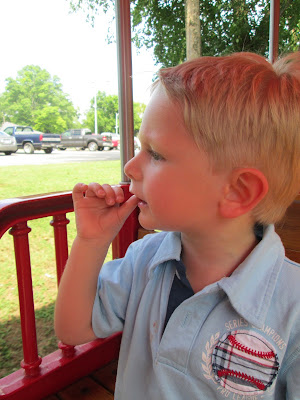 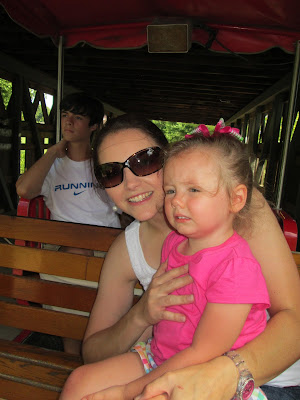 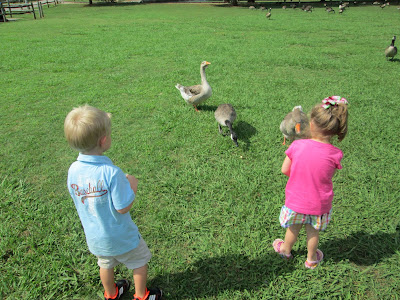 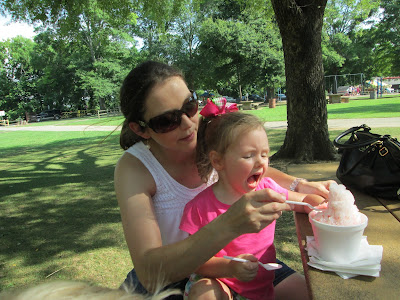 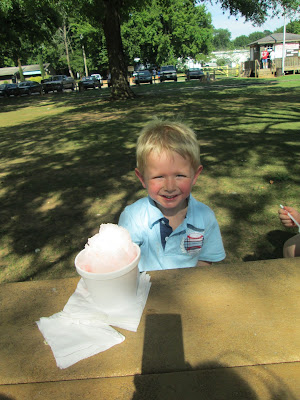 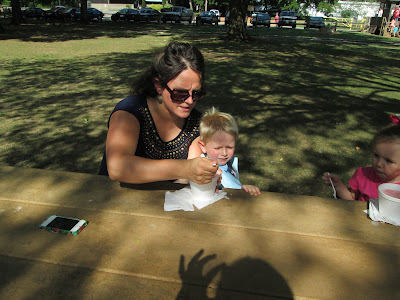 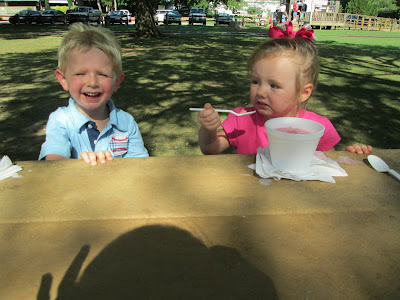 Our next stop was the park, and let me tell you, this was the mother of all parks!  It had a pond, slides, a splash pad, a train, a roller coaster and some snow cones.  As you can see in the pictures above, we tried to get it all in.

The highlight of our day, however, was feeding the ducks.  They started swarming us.  This was totally overwhelming for the kids, and they started screaming, crying, and running away.  I know I should have been a source of comfort, but I could not stop laughing! 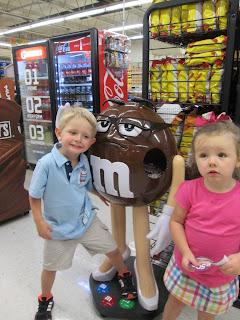 We were pretty tuckered out by this point, so we picked up Ellie and headed back to the house for dinner.  We grilled out, visited with some more family, gave the kids their baths and pretty much crashed.

Sunday proved to be even more adventurous. While I was packing up, Eli and Pailsey started jumping on the bed.  This resulted in an ER trip and a fractured arm.  While poor Paisley was at the hospital, we got another snow cone (with cream) and went shopping.

Then it was one final trip to say our goodbyes before hitting the road.  I'm pretty tired now, but so thankful for this time with family.