Ya'll it has been such a weird week around these parts.  On July 4th our studio flooded, and it was a mess.  We've been without a show since last week.  I have been working but weird hours.  I've been going in around 7:30.  This gives me time to help Eric in the mornings and to take the kids to daycare.  So on to the weird week. 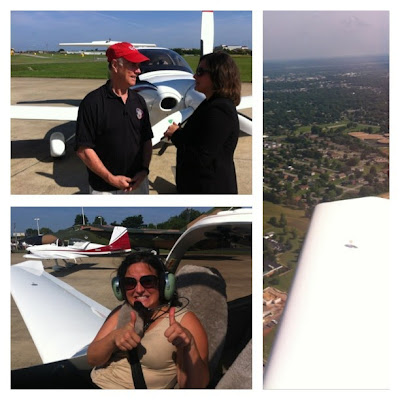 Monday started off fun.  I had an interview to do at the airport here, and they let me take a flight around the city.  It was a nice way to break up the daily routine! 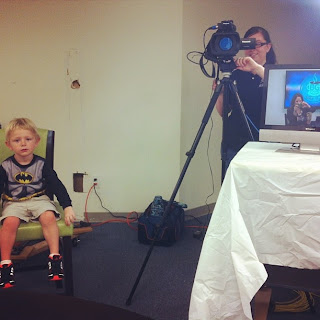 Eli ended up getting a really high fever on Monday night.  Eric also had a fever, so he stayed home from work with the kids on Tuesday while I went in to do a couple of interviews.  Of course I had to rush back home to take care of my sickies, and get Eli to the doctor's office where we learned he had Fifth's Disease.

Basically, it's a virus where you get a high fever and rash.  Honestly, he felt fine  but couldn't go back to daycare until he was fever free for 24 hours.  This meant that I had to stay home on Wednesday.  I was so tired from the lack of sleep between Ellie's tummy troubles and Eli's fever that I sent our girl to daycare while I sneaked in some extra shut-eye. 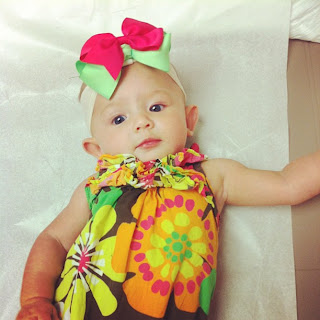 After sleeping in a bit, I got Eli up and took him to work with me.  He behaved so well that I treated him to Chick-fil-A (his favorite) for lunch.  Then we picked up Ellie from daycare and took her back to the doctor for her four month well visit and shots.  At this point Eric was still feeling pretty crappy, so I braved a torrential downpour with two kids to get him some soup from Cracker Barrel.  Yes, I get wife of the year.

Slept a total of 7 hours.

Nursed three people back to health.

Been to the doctor's office TWICE.

And drenched both of my kids in the middle of a storm.

Yep, it's been a crazy week already!  Who's ready for the weekend?  Let me answer...THIS GIRL!!!