Eric had a company golf tournament this past weekend, and Emily played on his team.  This meant that both Emily and Nan came to town on Friday night to spend some time with the kiddos. Eli opened a few birthday presents, hit golf balls, and played before bedtime. 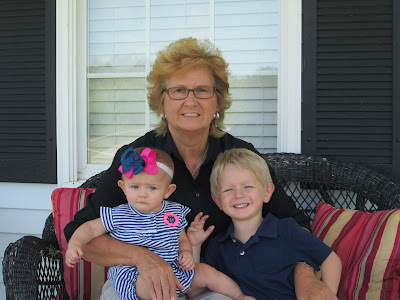 Eric and Emily had to be at the golf course early on Saturday, but I got to sleep in since Dixie got up with the kids.  It was heaven, I tell you!  After everyone was up and dressed, we took the kids shopping while we waited for the golf scramble to end.

We had a quick lunch at Jimmy John's before heading to the mall.  Then Nan and Emily had to hit the road.  We lounged around the house the rest of the day and pretty much relaxed. 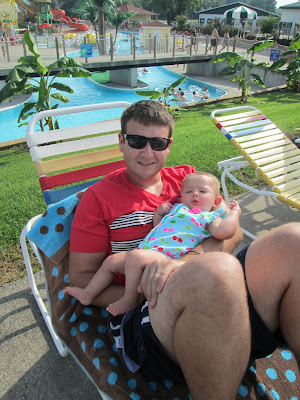 Eric got up super early on Sunday with the kiddos and told me to sleep as late as I wanted.  I took total advantage of this little treat and didn't wake up until 10:00.  I can't tell you the last time I slept that late.  It's been a few years.  Even though we missed church, I was so, so grateful for the chance to get some much needed rest! 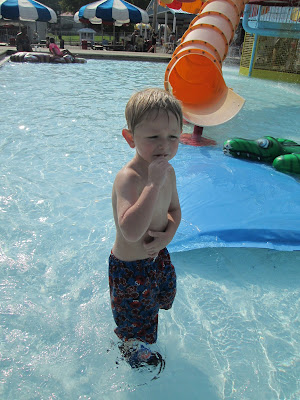 Eric fixed us a huge helping of waffles which we enjoyed as we spent the morning relaxing some more.  Then we had a quick lunch and got ready for Beech Bend Park.  We had promised Eli that we would take him to the water park, so we had to follow through. 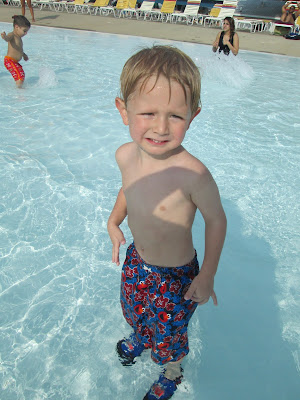 He wasn't too big on the water spraying up in his face, but he did enjoy the smaller play area for kids.  We thought he would make it 45 minutes tops, but we stayed almost two hours.  We continued to soak up the last minutes of summer with a cool treat from Sonic.  Then we ate a quick dinner and got ready to face the week.  Goodness, I love this little fella!