It's finally here...our anniversary weekend! Every year we take a trip.  Given the fact that we have two kids, it tends to be something small, but the point is to get away.  I can not tell you how much I need this year's trip. 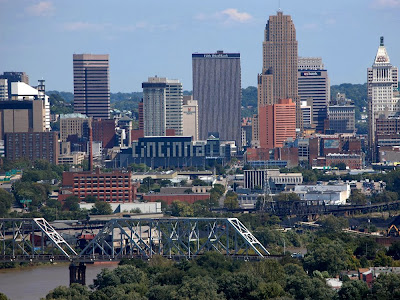 Originally we were going to hit the beach since our five year and all.  However, after spending the money we saved on the van, we didn't have the cash...ugh!  We looked into several other places, but the whole government shutdown really messed that up.  Finally, we decided on Cincinatti since we always get great Priceline deals! 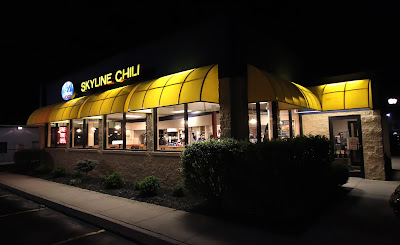 We both left work early to pick up the kids and meet Eric's parents.  After dropping them off  we hit the rode.  Of course we hit Louisiville at rush hour.  It seemed like the trip took FOREVER!

Anyway, the kids haven't been sleeping well at all this week, so I told Eric I didn't want to do much tonight.  After checking into the hotel we hit up Skyline Chili.  Eric had never eaten there, and since it's original to the area, we thought we would take advantage! 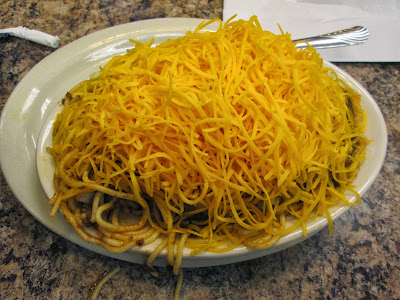 After supper we went to Wal Mart to pick up some snacks for the rest of the trip.  Now we're comfy in our hotel room and enjoying one of my favorite shows, Nashville, in peace and quiet!!