Ya'll, I was hoping that after neglecting to take pictures yesterday I would do better today. Yeah, not so much.  I apologize in advance for the boring shots and the possibilty of a few pictures stolen from a Google search. Ha!   The thing is, when the kids aren't around I forget to use the camera.  This is a problem because I really do want to remember this trip.

Ok.  Now that we've gotten that out of the way, let's move on. 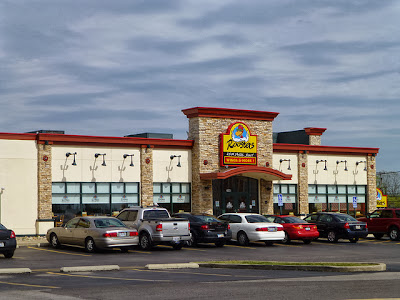 After sleeping eleven glorious hours last night, we were ready to have some fun. Eric missed the memo that it was freezing outside and left the hotel in shorts and a tee shirt.  It was 47 degrees!!  I was wondering what the heck he was thinging, but I didn't want to judge.  He regretted it later.

Anyway, we ate lunch at Roosters which was actually a horrible experience.  The food was terrible, but no hard feeling.  You live and learn.  Eric also got food hung in his throat and went rushing off to the bathroom.  Lovely. 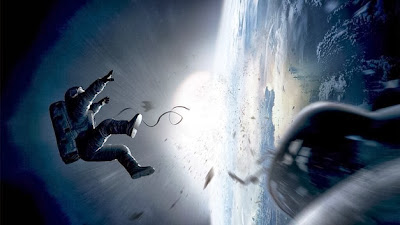 We decided that since we haven't seen a movie in the theaters in about three years today would be the perfect day!  Not only did we get to take in a flick, we saw it in IMAX...whoot!  The theater was actually really close to IKEA, so we headed there next.

After scoring on a few buys, Eric treated me with a trip to the outlet mall.  It was freezing, but we walked to all the stores.  Would you believe the only thing we ended up buying was a pretzel from Aunti Anne's? 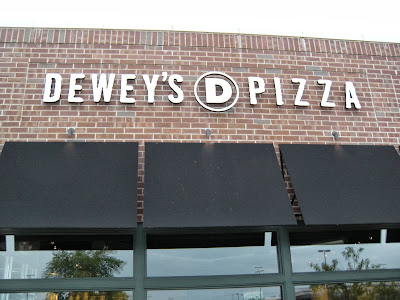 We went back to the hotel for a few minutes to relax before dinner.  Eric had done some research, so we knew we wanted to eat at a local restaurant for dinner.  We decided on Dewey's Pizza.  It was so funny because we would see men stop in to pick up a pizza for their families (I guess on the way home from work) and every single one of them would sit at the bar and drink while they waited.

We ended up getting the Bronx Bommer and it was AMAZING!!! If you're up in that area, you should try it. 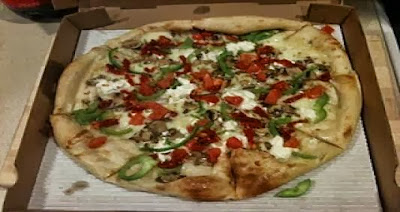 After dinner we made a quick trip to Kroger and target.  I finally used a gift card I had to buy some new undies and a pair of gym pants.  I'm telling you, it's the small things in life.  I couldn't have been happier with a whole new wardrobe.  Okay, maybe...but this was great!

Now we're back in the room getting ready to watch Scandal!!!!  I'll try to do better with the pictures tomorrow, but no promises!