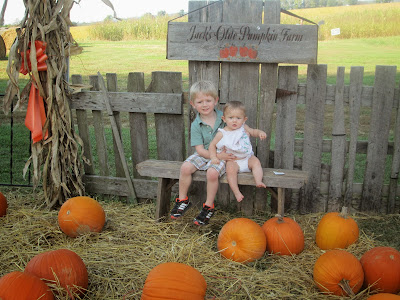 It was another beautiful, fall day here, so we we took advantage and headed to the Garden Patch which is just down the road from daycare.  It's so convenient.  Last year I had all these daydreams about matching kiddos at the pumpkin patch, but all those dreams changed when I discovered how hard it is to get out of the house much less coordinate outfits.  Plus, it's been too darn hot to wear all the cute outfits I bought. 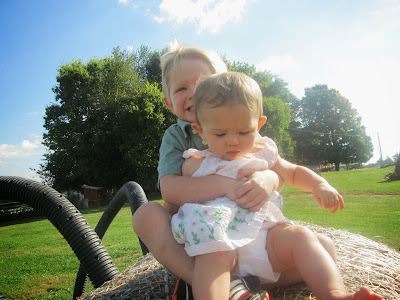 This was my weak attempt at a picture on top of the spider.  It's not the best because I was terrified that Eli would let go of Ellie and she would tumble to the ground.  Ha! 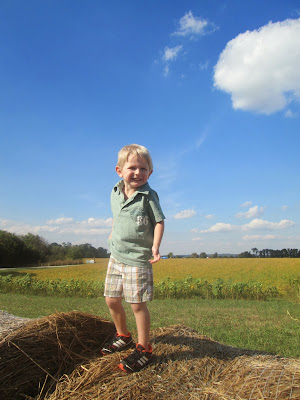 Of course we had to start our day with a trip through the hay maze.  Although, Eli would much rather jump around on top.  It's a boy thing, and I am glad to oblige because it wears him out which means he sleeps much better! 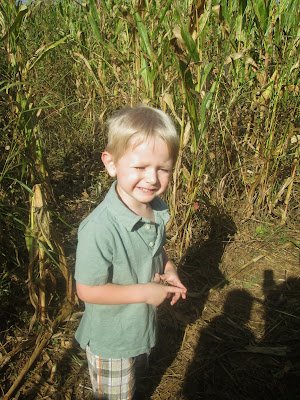 Next was the corn maze.  It's really more of a corn trail since there is only one way in and one way out.  Oh well, I'll take it!  Eli thinks he's leading some great expedition and I don't have to worry about him getting lost 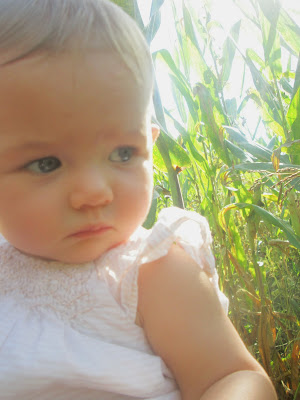 Sweet Ellie is just kinda along for the ride.  It breaks my heart to think that next year she'll be tagging along behind Eli not wanting her Momma's help. 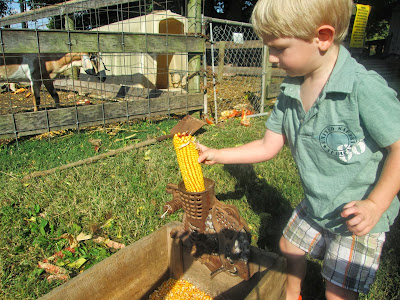 They were getting ready for Old Fashion Farm Days, so they had an antique corn machine.  Eli had a blast shucking the kernels off.  Even though it looked safe, I was terrified that my little Dennis The Menace would somehow chop a finger off. Ha! 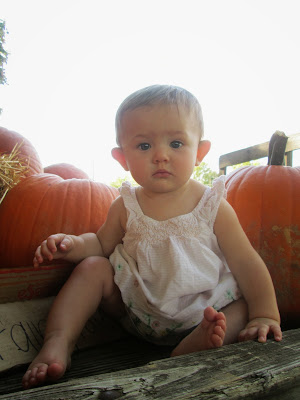 Again, Ellie just kinda hung out.  She's so laid back which is nice when you're thrown into so much chaos!  I'm sure you noticed...yes...I forgot her bow!! 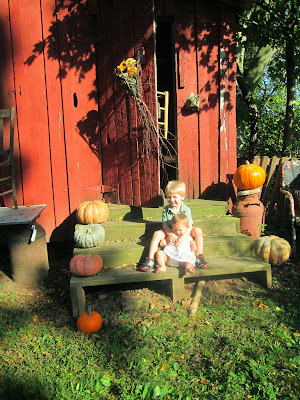 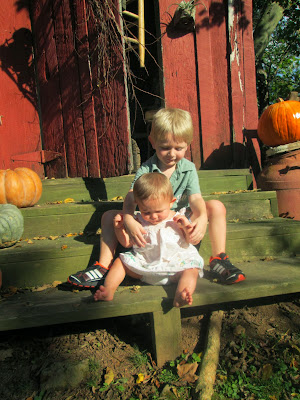 I made Eli pose for a few pictured before we left.  Hopefully it will cool off some here in the next couple of weeks so that I can get some good fall shots of my babies in their "orchard" outfits. 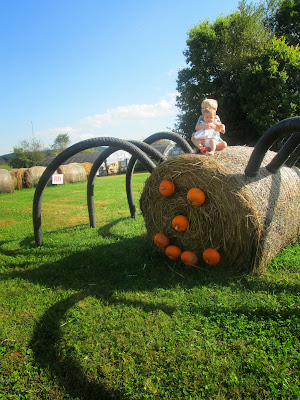 After a final run through the corn and hay mazes we said goodbye to the animals, attempted one last picture on the giant spider, and headed home to eat a yummy dinner. 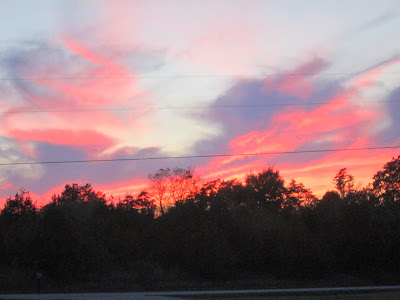 Our final picture of the day was this amazing sunset.  God is so good!!