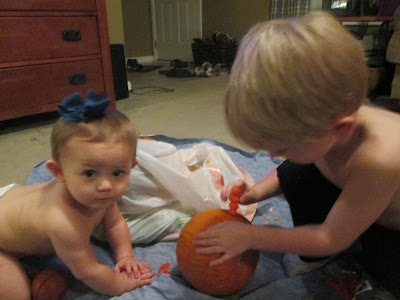 We've kinda been slackers on the whole pumpkin thing this year.  With two kids, two jobs, and a lot of life, we've just lost track of time.  However, we couldn't let Eli's favorite tradition slip by. 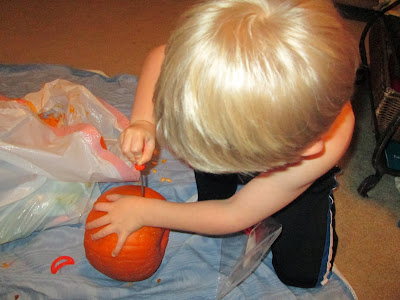 So after our play date this afternoon (which I will probably not be blogging about) I took Eli by a farm on our way home.  He got to pick out two pumpkins, a big one and a small one. 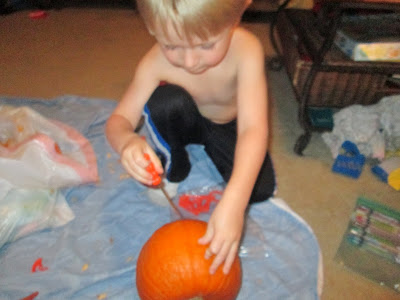 Since Eric is the master carver at our house, he got to do the big one.  The kids and I took care of the smaller one.  I thought it would be harder, but it was actually really easy which was nice. 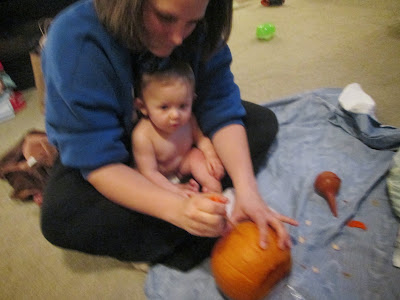 Eli isn't too big on the oohey, gooie stuff, so Eli and I took it upon ourselves to get it all cleaned out.  That child must have a heck of a nose on her because she kept trying to eat the pumpkin seeds.  Ha! 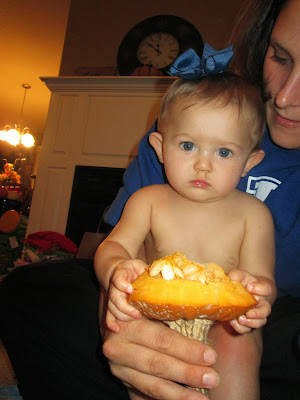 Once again, I stuck with a symmetric jack-o-lantern.  It made it really simple which is what I needed since I had the kids while Eric worked on his Masterpiece. 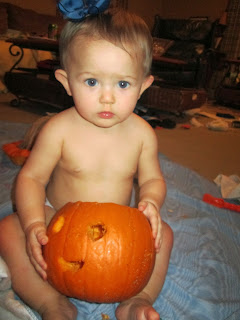 Ellie "helped" punch the whole and carve out the circles.  We decided that he was making a special baby pumpkin for Ellie while Daddy made a special Big Boy  pumpkin for him. 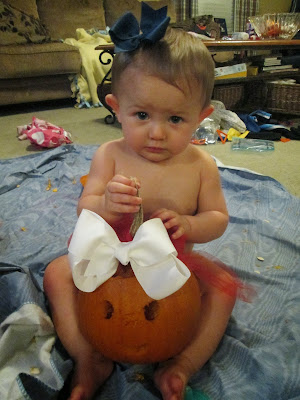 With Ellie's being such a simple design, (two circles and a cresent) Eli thought we should add a bow to make it look more like our girl.  What a smart kid.  Ha! 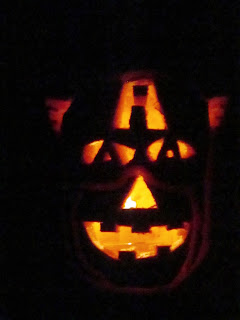 In the end, Eric won.  His Captain America version of a Jack-o-lantern is quite impressive, and sure beats my boring design. 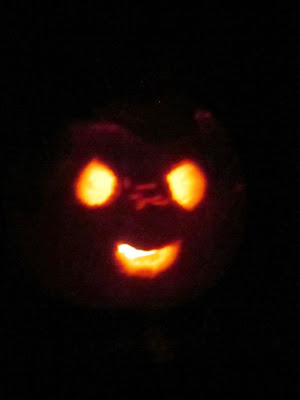 Although my and Eli's design ended up being more spooky than we intended thanks to a few carving mishaps from a certain four year old.  It kinda looks like our bow-wearing pumpkin was attached by a hatchet. 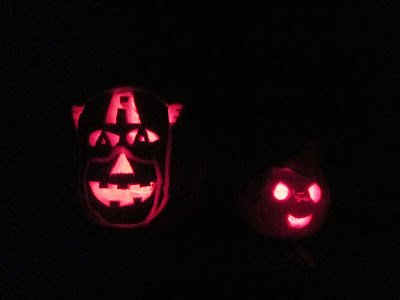