So You Had A Bad Day 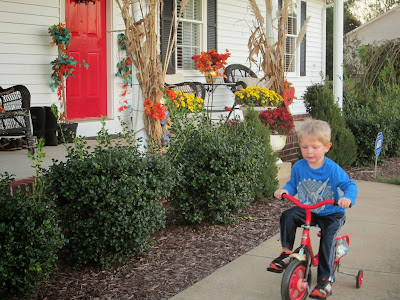 Poor Eli has had a rough day in the world of preschoolers.  For starters, he was exhausted from the weekend and had a hard time waking up for daycare.  He also got timeout for hitting a friend. 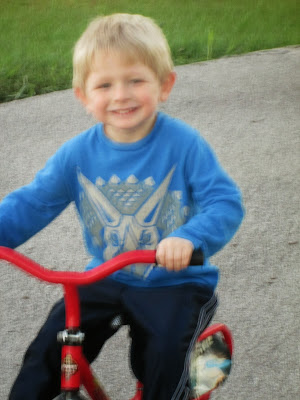 When we got in the van he was so proud to show me the superhero picture he drew.  However, he disobeyed and climbed into the back seat instead of the car seat.  This resulted in Ellie grabbing his picture and ripping it in two.  He had a good ten minute cry. 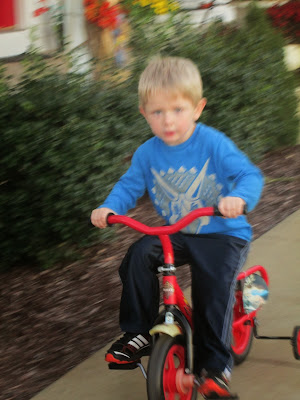 Once he calmed down we braved the grocery store.  However as we were leaving, Eli failed to watch where he was going and fell backwards over a parking thing.  He hit his head.  Don't worry, only his pride was wounded.  Ha!!

He wants a redo!