I didn't take many picture, but I managed to get a few over the weekend.  We'll consider this a success since visits to the grandparents' houses usually aren't well documented.  Anyway, we spent the past weekend in Marion visiting Eric's family.  We have only made it to Western Kentucky twice all year...it's so hard traveling with kids!! 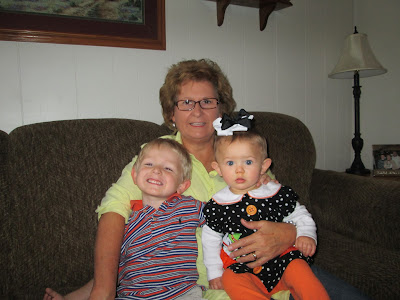 After our horrible rotten news with the van, we just weren't in the mood to do much.  I went home, cried, watched Scandal, took a 20 minute nap, and picked up the kids.  Eric decided to take off work an hour early too since we didn't trust the van on the road after dark.  Once we were packed we stopped for gas and snacks and hit the road. 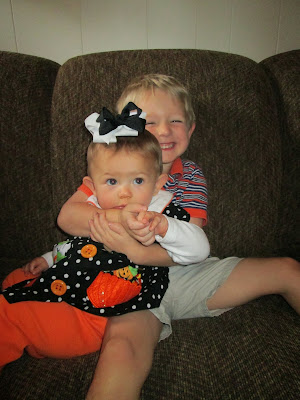 We ate a yummy BBQ dinner when we got there and spent the rest of the night just hanging out.  Saturday morning Eric, Ronnie, Colby and Emily went to play in a golf scramble.  I slept in until 7:45 and then spent some time with Dixie and the kids.

We were just making it to town as the golf match wrapped up, so we drove over to see Emily's new house.  Eli was so excited and has since announced that he will be moving in with Emily when he turns seven. Ha!  Good to know. 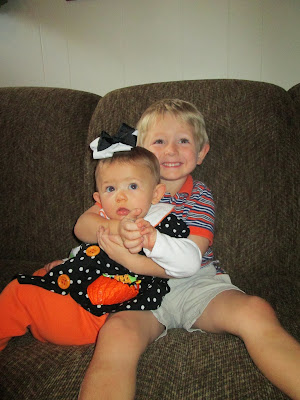 We ate lasagna for dinner and spent more time relaxing.  I have to say that I enjoy that so much about visiting with Eric's family. Sunday was pretty laid back as well.  We slept in again, spent time with family, ate a yummy lunch, and went back to Emily's new house to move an entertainment center. 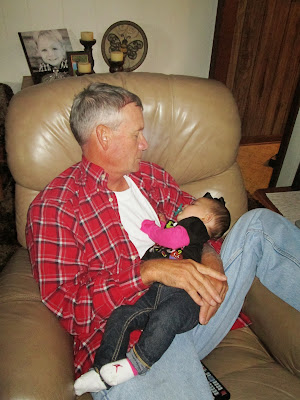 The kids slept on the way home so they were wired.  We kept them up an extra hour and now we're trying to get everything ready for the week.  It's hard traveling with the kids, but we so enjoy spending time with family.