The Lord blessed Eric and I with an opportunity to take our kids on a little get-a-way this weekend.  I didn't have any vacation time left since I had a baby earlier this year, and our money was even tighter than my vacations days. Ha! 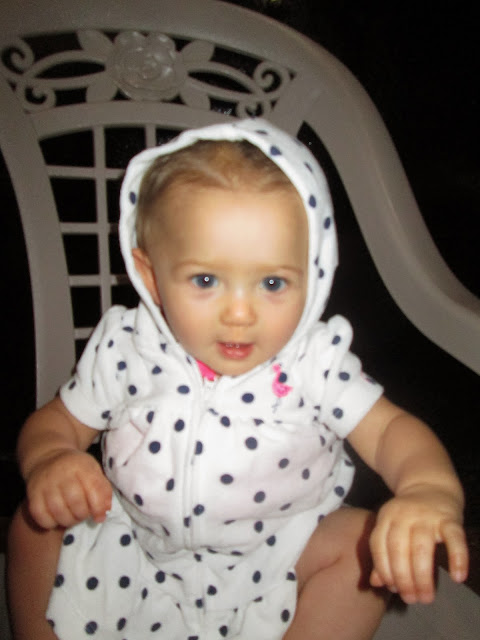 So, when we were given a free trip to Dollywood, we jumped at the opportunity.  We booked our hotel through Priceline and saved up the rest of the money for eating out and gas.  Honestly, I was a little unsure as to whether or not we should attempt a hotel with two kids, but I am so very glad we did. 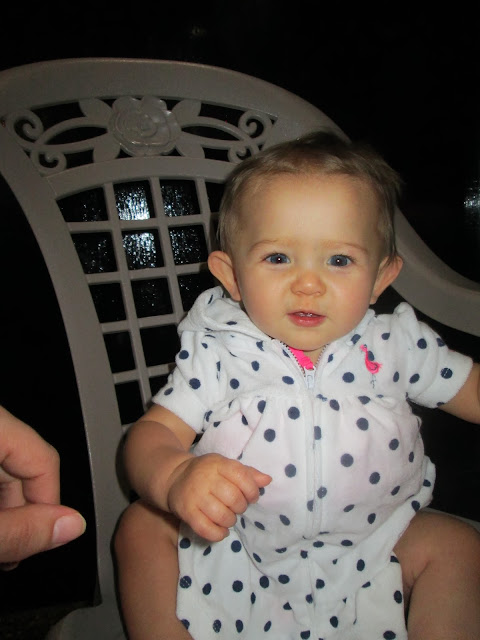 Eric took a half day off from work.  We packed the car, picked up the kids, and hit the road.  Naturally, we hit Nashville traffic.  UGH!!  We tried a detour, but it ended up being worse than sitting at a standstill on the interstate. We actually got into another jam east of Nashville, but eventually we did make it! 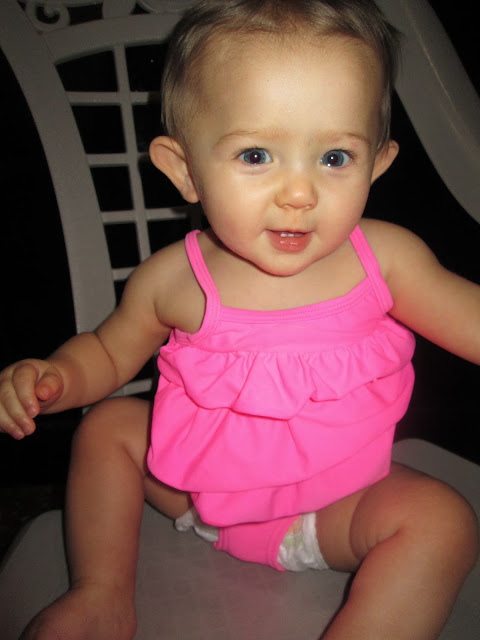 Since it was later than we intended when we got there, we decided to let Eli burn off some energy and swim for a bit.  Ellie didn't really stay in the water too long, but she sure looked cute in her bathing suit. 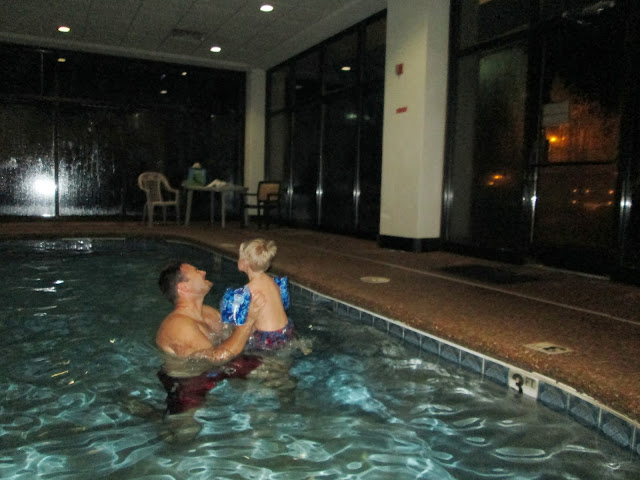 Eli on the other hand was a little fish.  He was everywhere.  He swam all over the pool and even got brave enough to jump in.  I'm hoping to get him swim lessons next summer. 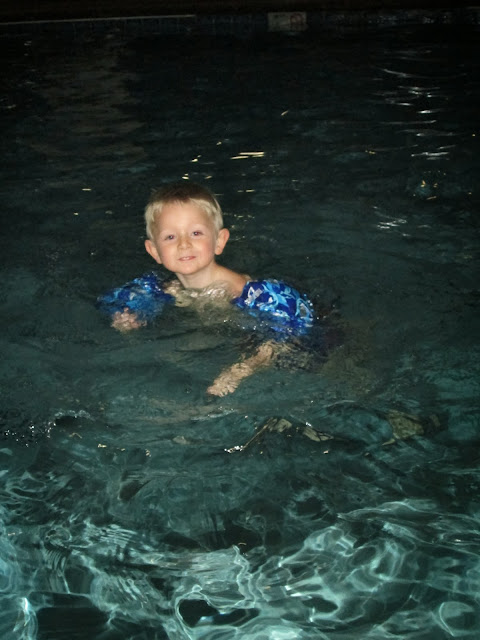 What is it about hotel pools that are so appealing to small children?  I mean we have a pool that the kids wouldn't get in all summer.  Take them to a hotel and it's like they've never seen anything so grand. 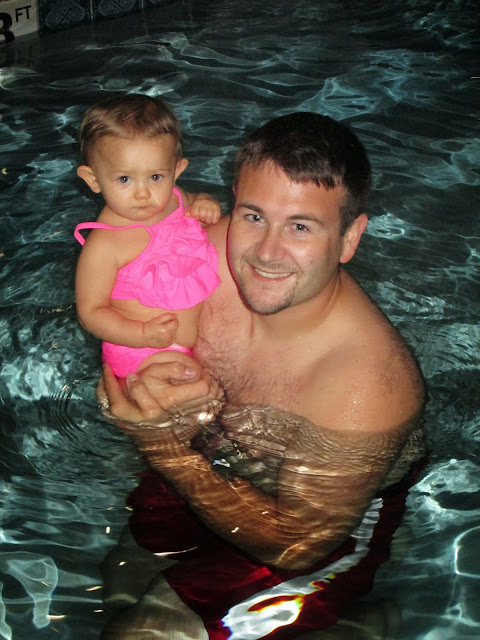 After our little trip to the pool, we decided to order a pizza. I gave the kids their baths and fed Ellie while Eric ran to town to get a few snacks and the food. 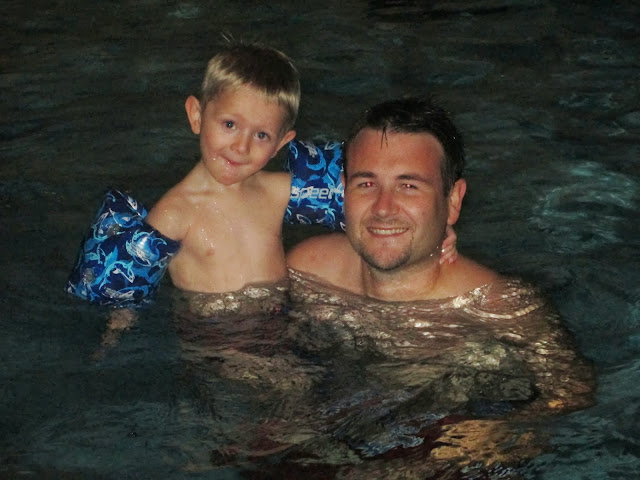 Eric surprised us an rented "Monsters University" while he was out.  Eli thought he was tough stuff eating at the hotel room table like a big boy.  Ha!  As I say often, it's the small stuff. 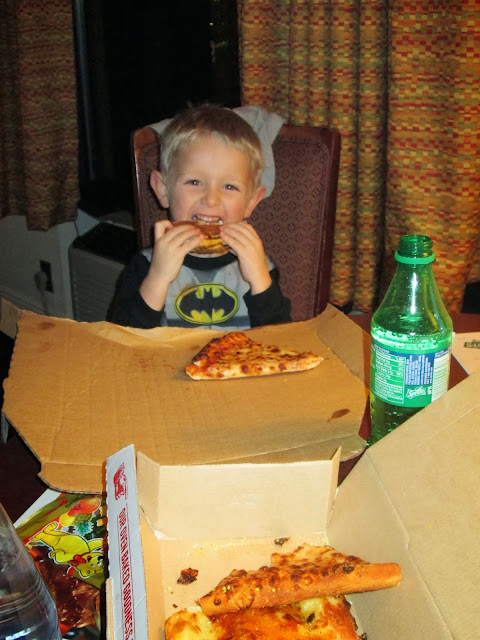 After dinner we put Ellie to bed and settled in to watch our movie.  Eli was so big and insisted on going to bed alone.  Granted it was five feet away, but he was happy. Ha!  So was I because I got to rest a bit. 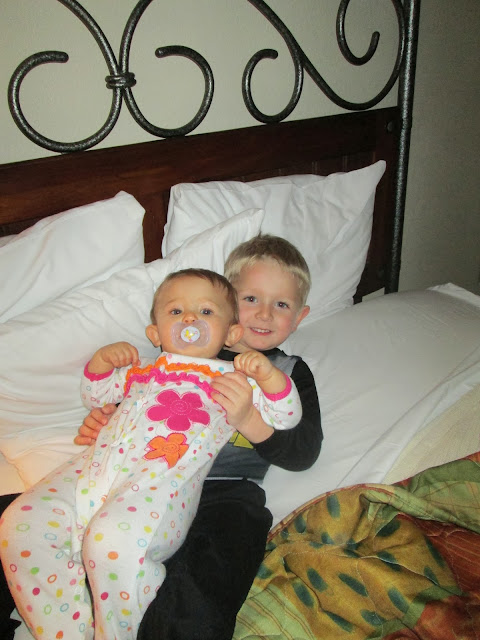