Eric and I are big believers in road trips.  We rarely fly because we like seeing parts of the country we've never experienced, eating at local diners, and just being in the car.  It's much harder to enjoy the process with two kids, so there may be more plane rides in the future, but for now, we drive.  Obviously we had to drive to Gatlinburg, but what I'm getting at is this...we consider travel days part of vacation even if it's spent in the car because it can still be part of the fun. 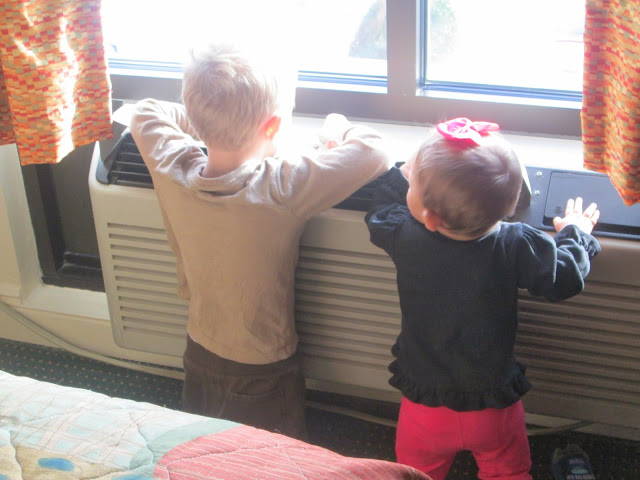 Instead of Sunday being just "the ride home" we tried to make it part of the fun.  For example, the kids had a great time jumping on the beds (quietly) looking out the window, and riding on the luggage rack. After a continental breakfast and a trip to the Christmas Shoppe, we hit the road.

Normally we have a "no chain" policy when traveling.  We try to always eat local because it's so much fun to try new and unique places.  Chick-fil-A is usually the only exception we'll make because they are predictably clean, fast, and offer a playground so that our kids can burn off energy before getting back in the car. 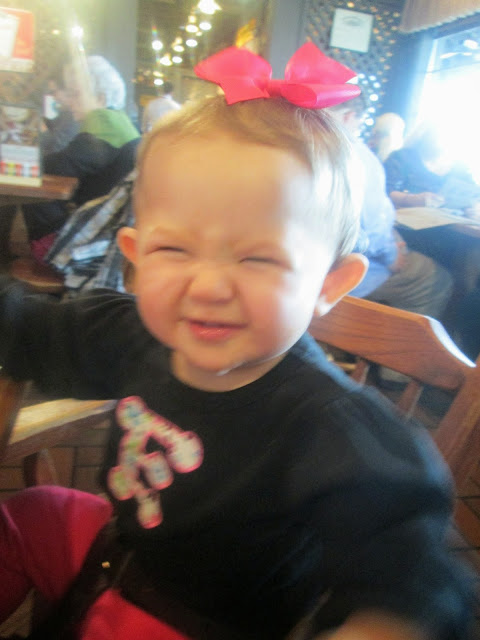 East Tennessee didn't have a plethora of options, so we ended up breaking our rule and eating at Cracker Barrel since Ellie had pooped and was stinking up the back seat, and Eli was screaming that he had to pee.  It turned out to be an eventful lunch.

We divided and conquored.  TEAM WORK!!  Eric pulled me to the front door and I ran Eli into the bathroom.  He parked and changed Ellie in the car.  Things calmed down only for a moment because we realized that a major storm system heading our way had picked up speed.  We had to stuff our faces and get in the car to make it home before it hit. 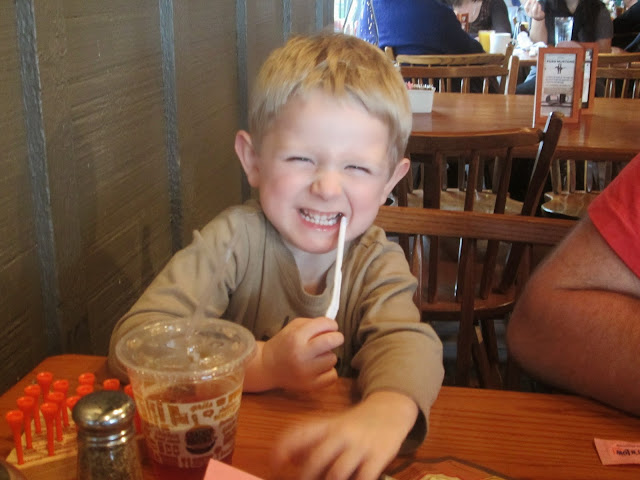 It was World War Three. Due to the rush to leave,  I took both kids to the bathroom with me while Eric paid and got the car.  Eli went to potty, and after he finished, I sat down to pee while holding Ellie.  Well, something happened and both kids had major meltdowns.  Eli literally laid in the floor with his bare bottom (he hadn't pulled his britches up yet) and cried.  Meanwhile, I sat on the potty holding a screaming baby.

Good times...let me tell you.  I got Eli up, threatened his life, calmed Ellie down, skipped the hand washing and went for the sanitize instead, and rushed them out the door.  That's when Eli reached up and flipped off the light.  I heard a few shrieks from women in other stalls.  I apologized and more or less ran for the car. 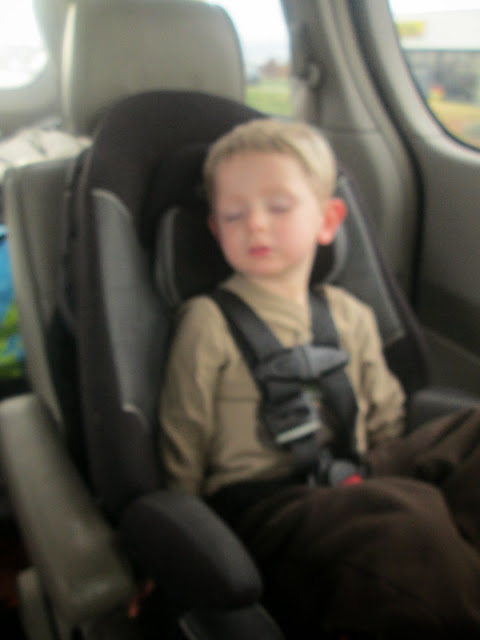 By the grace of God both kids fell asleep after the bathroom episode, so we were left in peace to navigate our way home through the winds and rain. Ha! We made it safe and sound with enough time to get our "safe space" prepped before the tornadoes. 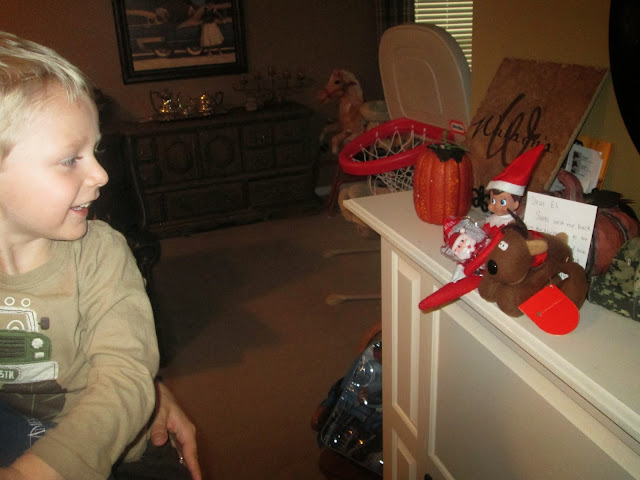 Since we were all in the Christmas spirit from our trip to Dollywood, Eric and I had planned a little surprise for Eli.  Our Elf On The Shelf, Peyton Siva, returned with a little treat for Eli and note reminding him to behave.  It was very timely considering the infamous Cracker Barrel Bathroom Meltdown of 2013! 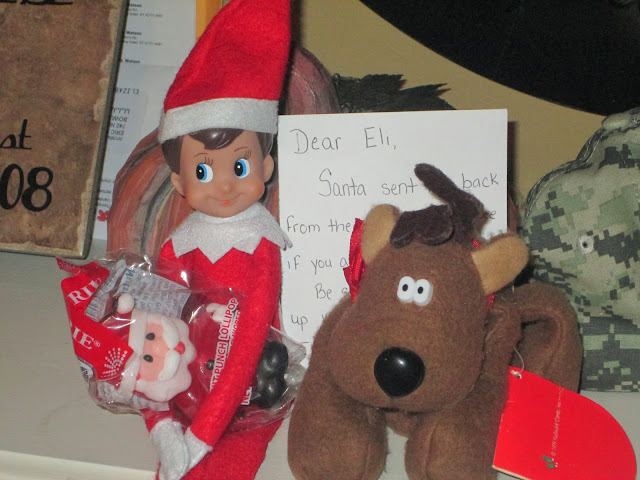 We feel so blessed to have been given the opportunity to take this trip and make such precious family memories.  It was the perfect segue into the holiday season!