Both of the kids actually slept really well in the hotel room which is just amazing considering they are not good sleepers by nature.  The hardest part was figuring out the logistics of Ellie getting up early and not disturbing the sleeping boys. 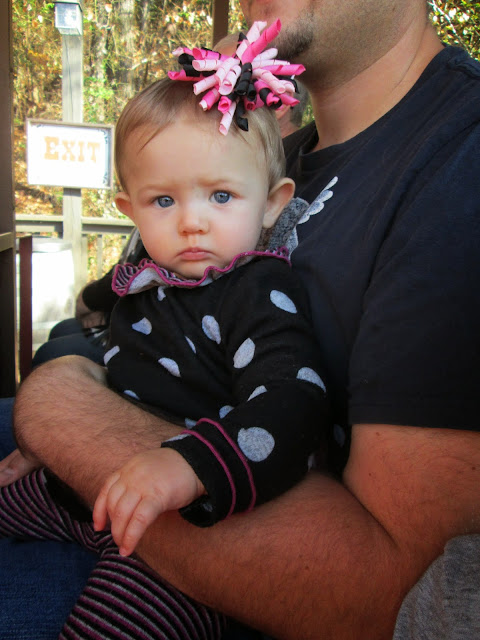 Traveling with kids means early mornings, so we were up, dressed, and fed well before the park opened.  We decided to drive into Gatlinburg so Eric could get some Taffy.  I'm not sure what was going on, but it was an absolute madhouse.  We ended up paying $20 to park, and we literally walked to the candy shop and back to the car. 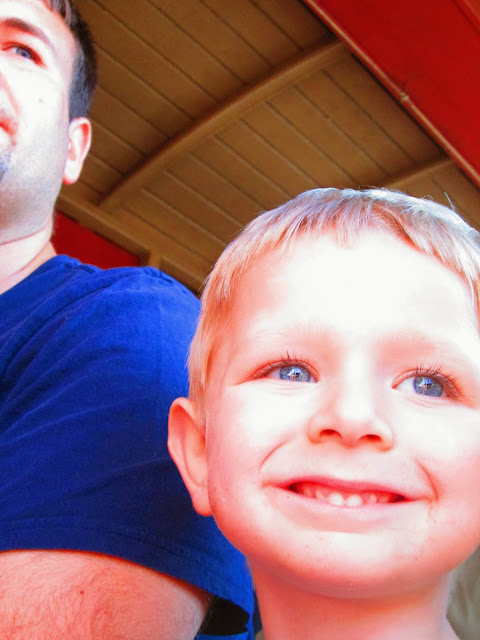 We decided to eat brunch before heading to the park.  It was a place we both grew up eating when we traveled as kids, but we'd never been together.  Would you believe that we walked in and saw my cousin and her husband. Ha!  It's such a small world. 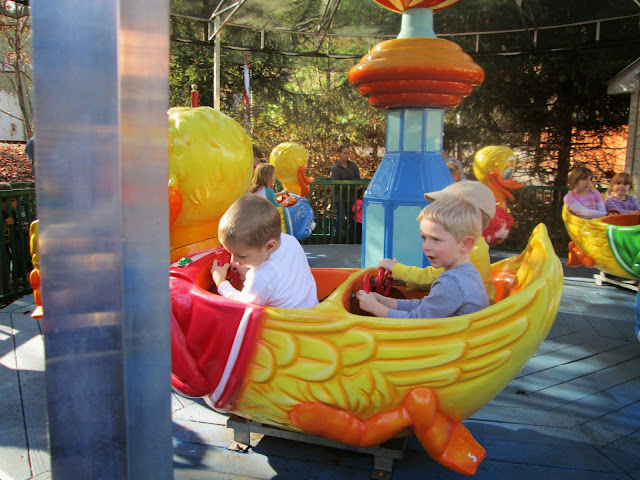 It ended up being the most perfect fall day which meant larger than normal crowds.  After parking, riding the tram to the front gate, and picking up our media day passes, we headed straight for the train.  Eli had seen videos online, so he was insistent that we ride.  As luck would have it, we walked up just as they were preparing to board. 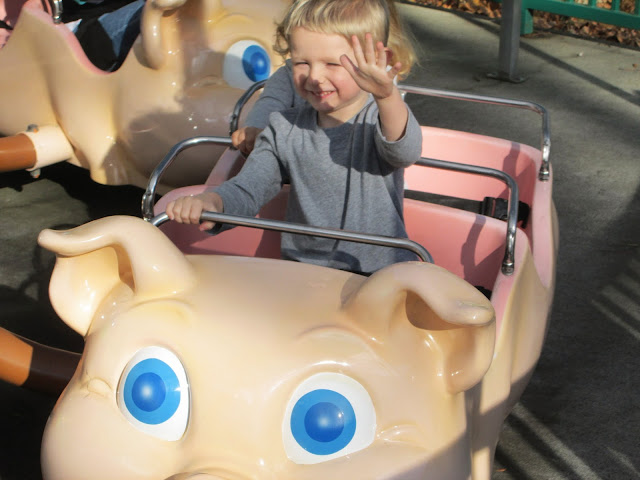 We got off the train and went to the kiddie area.  I can remember being a teenager and thinking that it must be horrible to be a parent and unable to ride what you want, but I was wrong.  It's a pure joy to watch your kids have fun.  In fact, I can't think of much else I would rather be doing. 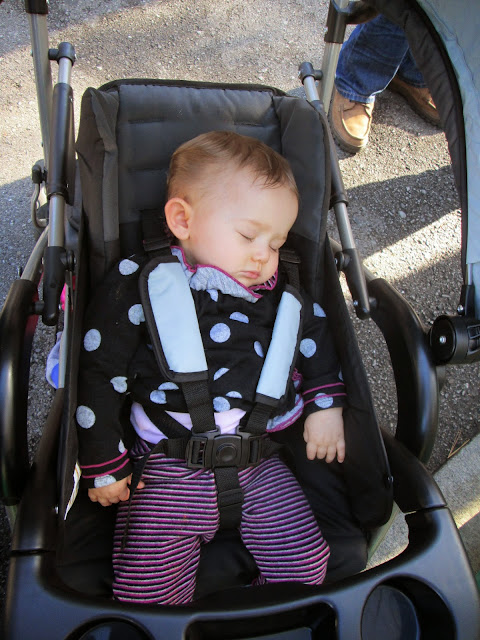 Ellie fell asleep while Eli was riding, so Eric and I took turns standing with her and helping Eli.  Dollywood is beyond generous, and gave media day participants lots of free vouchers including a 5x7 picture with Santa. 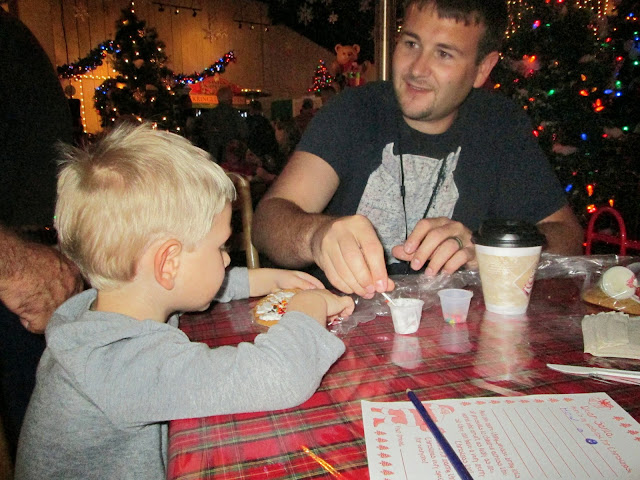 This is actually a HUGE attraction, so you have to wait in line to get a pager, then you wait to get called into the real line to see Santa, where you wait some more.  Luckily, this process is well planned out and there are lots of activities for kids.  We used our free vouchers for hot chocolate and cookies.  The cookies come in a bag with icing and sprinkles, so Eli decorated his while we waited. 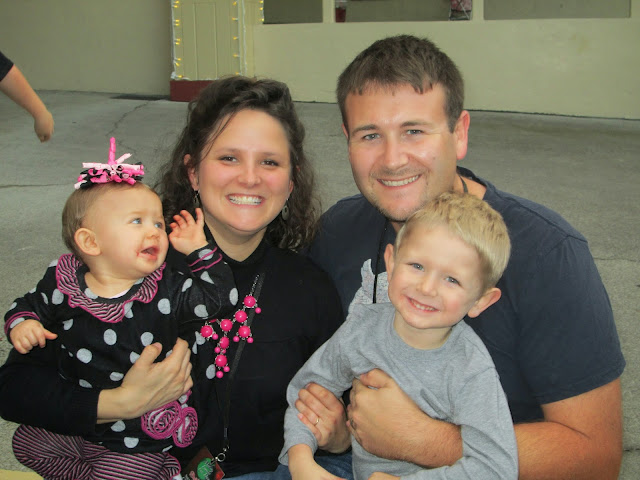 We finished up with Sanra and headed straight to the theater to watch Dollywood's version of the Christmas Carol.  Once again, we were blown away by the park's hospitality, and we enjoyed the VIP seating.  I was a little worried about how the kids would behave since they were so tired, but they both just crashed once the music started. Eli slept the longest, but still watched the second half, and Ellie was content to listen to the music and play in the floor. 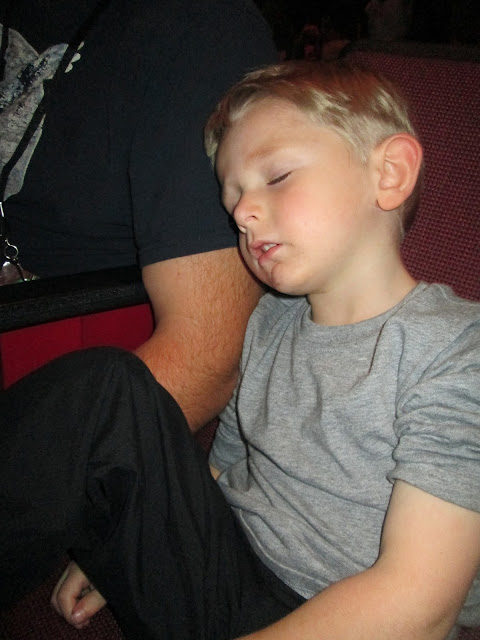 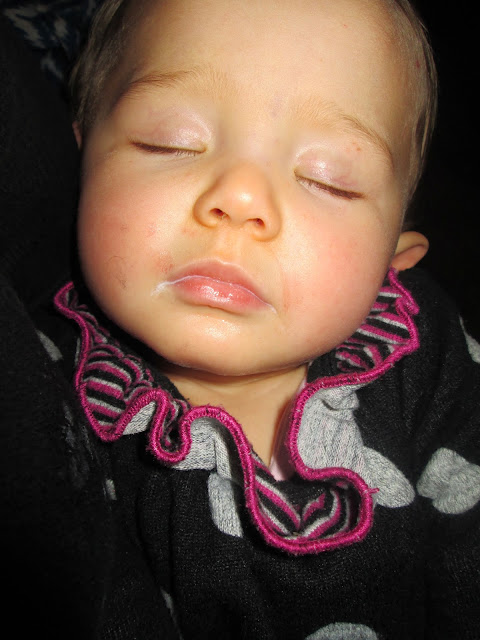 The hosts asked the media day participants to remain in our seats until the crowds had cleared the theater, then they took us to another VIP area where we watched the light parade while enjoying drinks, cookies, and fresh kettle corn. Other than the cookie at Santa's Workshop, we hadn't eaten since brunch, so the snacks were a huge lifesaver for us. 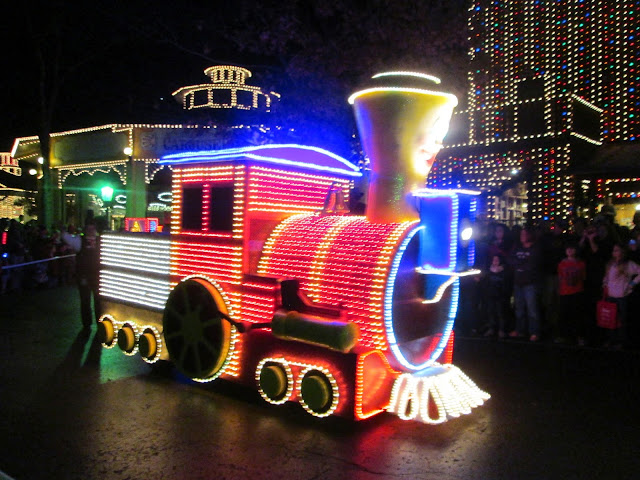 The parade was spectacular!  My kids enjoyed the birdseye view and all the sweets that were pumping through their systems. Ha!  Before we left on our trip Eric sent me for glow sticks for the parade.  He knew that all the kids would have them, and they would cost an arm and a leg, so we should just bring our own.  As luck would have it, they were on sale from Halloween, so I scored Eli a tomahawk an a few others for $2!  He sure was proud! 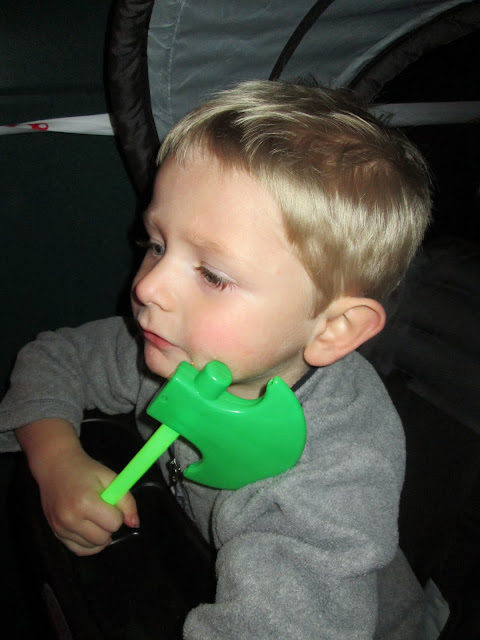 After the parade, I got my media goodie bag which had fresh bread, a candy cane, a cup, some golden coins candy, and a few other fun treats.  We then headed back to the rides.  Eli ended up wanting to play a game, so Eric let him and he won a Nemo. 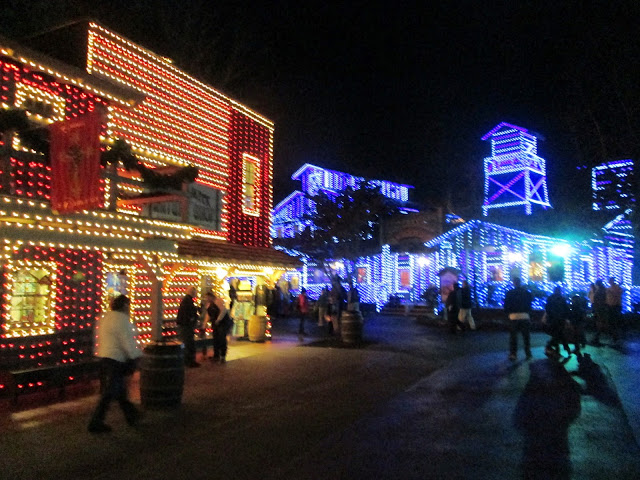 The kids were getting tired and hungry, so we decided to head toward the front gate.  We stopped and used another free voucher for s'mores.  It's super sweet because you roast your own, and Eli thought he was so big! One hour and two tran rides later we finally made it back to the car. 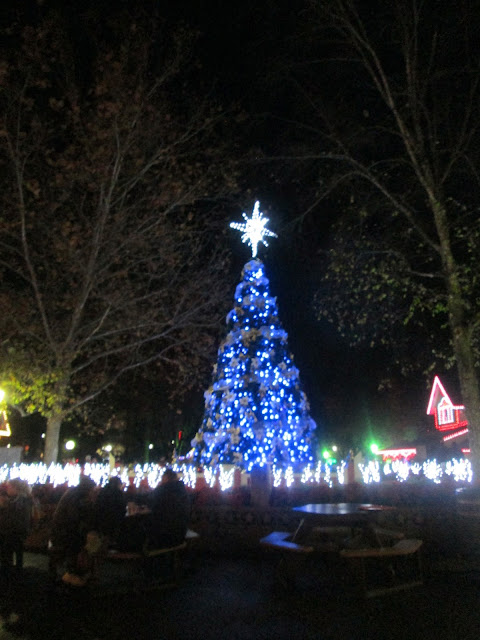 We ate at a wonderful tex-mex restaurant where I proceeded to get the worse headache of my life. Back at the hotel I fed and put Ellie to bed while the boys went swimming.  I ended up falling asleep before they got back, but I was able to sleep off the pain. Ha!

It was such a wonderful day, and we are so thankful to Dollywood for this opportunity.