We had such a blessed Thanksgiving weekend with Eric's family.  I had to work on Turkey Day, so Eric stayed home with the kids.  When I got off, I rushed back home so we could watch the parade and finish packing. 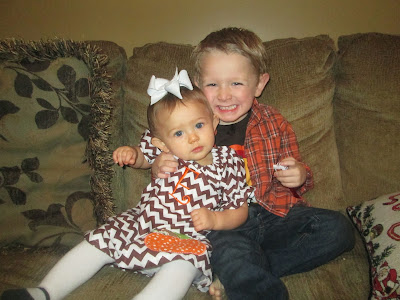 Ellie was starting to get really fussy, so we left early for Hopkinsville.  It's about an hour from Bowling Green, so we knew Ellie would sleep on the way which meant that she would be in a good mood once we got there. 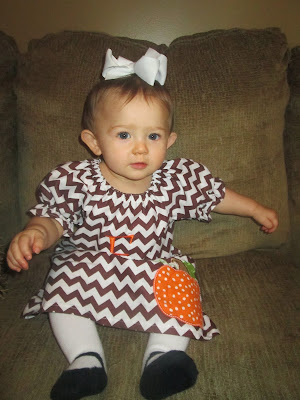 We made it a few minutes early so Eli was able to play with his cousins before the meal started.  Then we ate, scoured the Black Friday ads, and enjoyed family time. 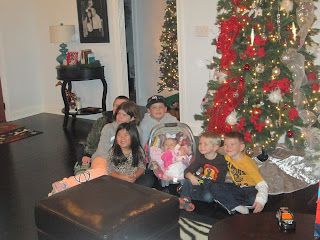 We left Hopkinsville and drove to Marion.  Emily, Colby and I stopped at Wal Mart while Eric and his parents took the kids back to the house to wind down.  It was a madhouse!!!  I checked a few things off my list but it was by no means the big shopping trip it usually is. 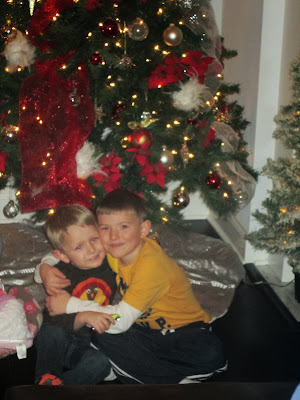 We made it back home before eight...crazy, huh? Ha!  The boys stayed up to watch a movie, but I was too tired from being up at the crack of  down...literally. 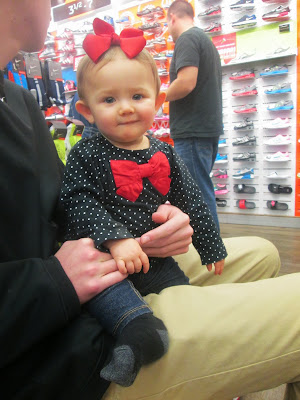 Eric, Colby and Ronnie went bird hunting on Black Friday, but I stayed home to sleep in.  Then we took our time getting ready before heading to town to shop.  I didn't buy a single thing.  In fact, I spent a big chunk of time in the play area with the kids while everyone else looked around. 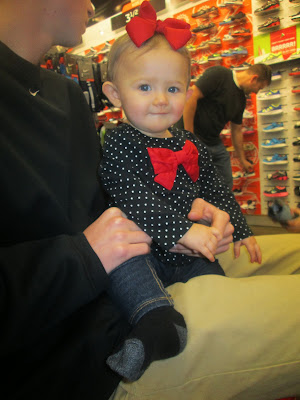 We had dinner at the Pasta House before hitting up Sams.  Dixie and I ran in for diapers and as we were coming out, a women asked if we knew CPR.  She was unbelievably calm, so I figured she wasn't the one in need.  Turns out it was for her preschool-aged son.  I yelled for Eric who is CPR trained.  By that point someone else had jumped in to help.  I have no idea what happened, but the fire department got there first and carried him to the ambulance.  Please, pray for that family. 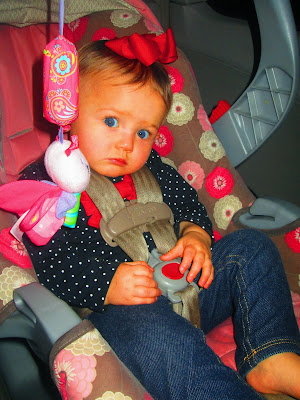 Trying to shake what had happened, we hit up Toys R Us and once again left empty handed.  We had one final stop before heading home...The Christmas Lights!! 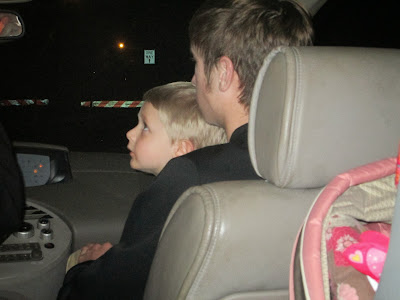 It's a Drive Thru event, and I'm pretty sure Eli loved being out of his car seat just as much as he loved the lights. Ha! 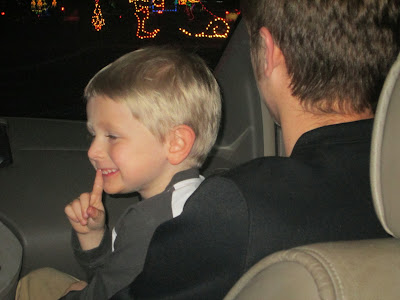 Saturday the boys went hunting again.  That's when Dixie and I took the kids to see Emily's new house.  We also shopped for a bit.  Once again, no gifts!!! However, I did find Eli two new pair of athletic pants...yay! 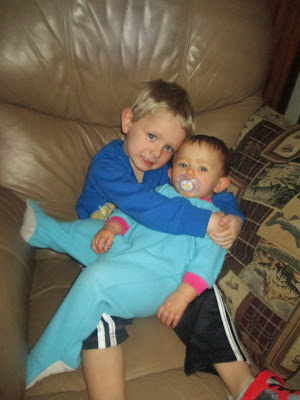 We enjoyed bar-b-que for dinner, and let me tell you...there is nothing better than Western Kentucky BBQ.  It's simply awesome!! After that, Colby and Eric went to play Ping Pong Ball, but I hit the hay.  I'm not a night person. 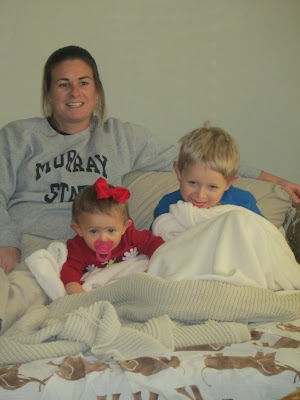 Dixie fixed us a delicious lunch before we left on Sunday.  We always hate saying goodbye, but at least we know Christmas is almost here so we'll see everyone again soon!!!