There is absolutely nothing more wonderful than having children and celebrating Christmas with them.  I am reminded of the verse that says, "Children are a heritage from the Lord."  We are so very blessed to have experience our first Christmas together as a family of four. 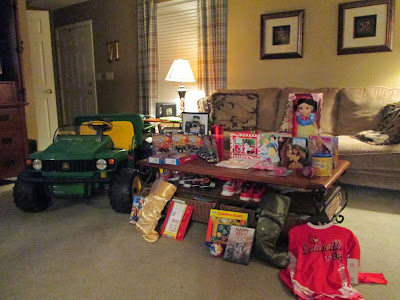 It was truly magical. Even though Ellie kept us up all night, and Eli made us roll out of bed at 5:00 in the morning, I wouldn't have changed a single thing. 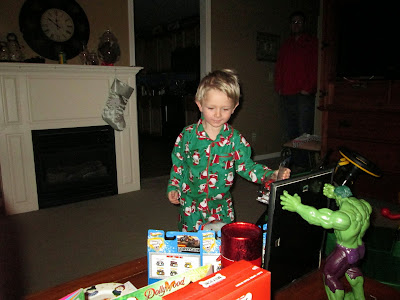 The Lord opened many doors for us and we were able to surprise Eli with everything on his list.  He got a Gator, monster trucks, Hot Wheels, Dvds and Monster Jam Tickets just to name a few. 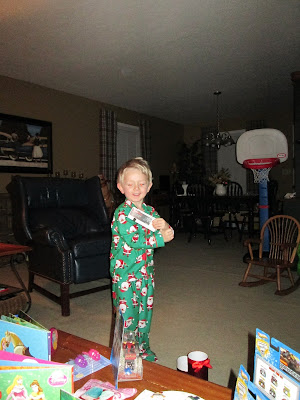 He was one happy little boy.  I wish I could just bottle up that moment and save it forever! 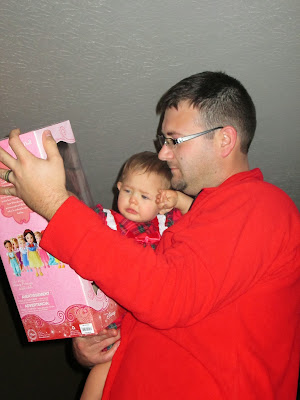 Ellie had no idea what was going on, but she too racked up.  When we were in Nashville on Monday (which seems like a lifetime ago) she was so memorized by this Snow White doll.  Being wrapped around Eric's little finger, she got it. Ha! 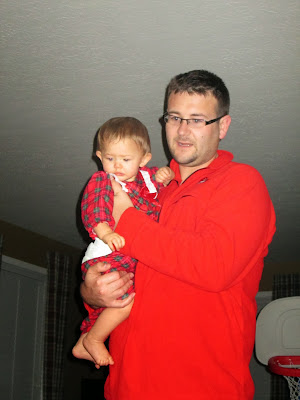 Have I mentioned how much I love watching my husband with our kids?  He is so rough and tough when he plays cars or wrestles with Eli.  Then he turns around and shows Ellie how to hold a baby and brush her hair.  What a great Daddy!! 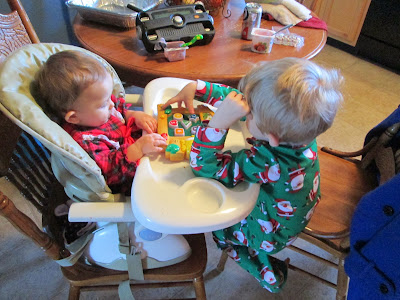 Between the traveling, activities, and no sleeping kiddos, we were utterly and totally exhausted, so we turned on a movie while the kids played.  As luck would have it, Ellie feel asleep on the couch.  That meant Eric and I sneaked in a nap while Eli played with his new toys.  SCORE!! 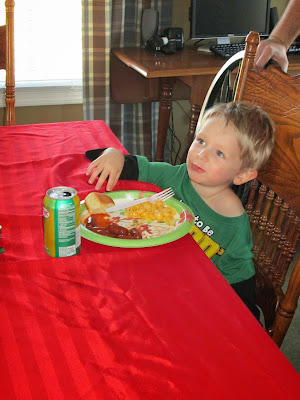 After breakfast we got ready and finished up cooking. Eric's family arrived and we enjoyed a delicious lunch.  Of course it was rushed because this little cutie couldn't open presents fast enough! 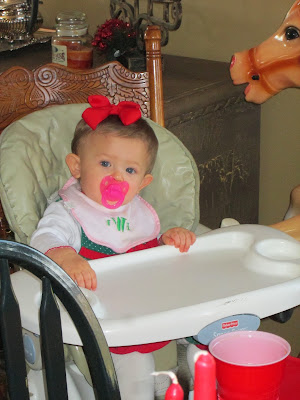 Normally my Type A personality would not have allowed me to enjoy opening gifts with such a mess in the kitchen, but hey, Christmas only comes once a year.  I gladly left the dirty dishes and crumbs. 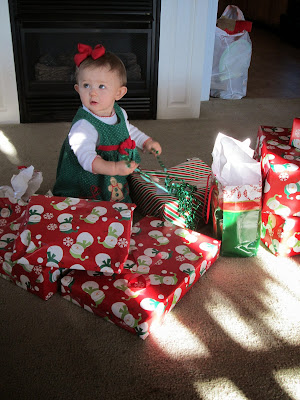 As you can see, Eric's family spoiled us all. They even bought me and Eric an new video camera since ours was stolen when our house was broken in to a few years ago.  We record videos on our phones and camera from time to time, but with Eli starting T-ball this spring, I couldn't stand missing it. 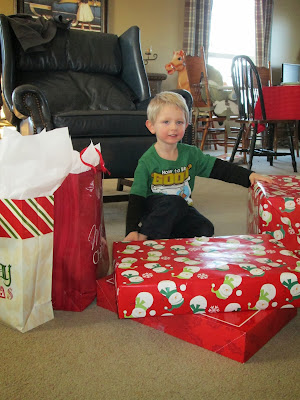 Eli tore through his presents in five minutes flat.  He gets so excited over every little thing.  It cracked me up because I would ask him throughout the day what he liked most.  His answer was always whatever he was playing with at the moment. 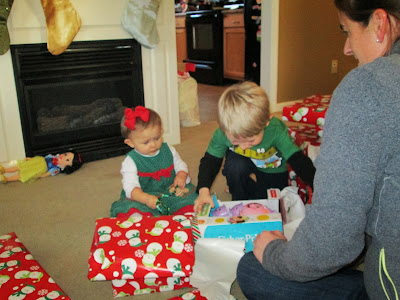 After opening all of his gifts, he jumped right in to helping Ellie.  She too got a ton of stuff, but I think she would have been just as happy with a box of wrapping paper and some bows. I'm sure next year she'll be a little more into it. 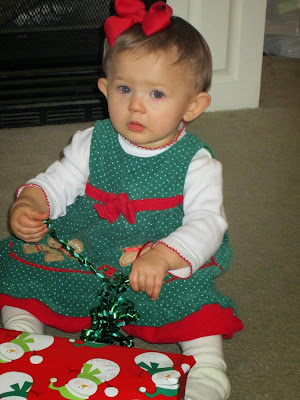 After opening presents we played with the kids and enjoyed some family time.  I was tempted to take a nap, but I just didn't want to miss a second of it.  They will only be babies for such a short time. 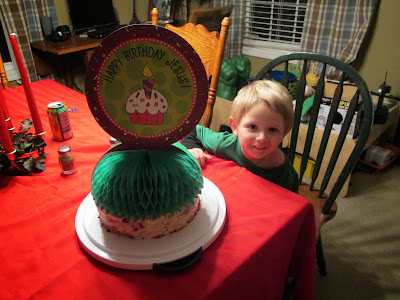 One of Eric's family traditions is making a birthday cake for Jesus and singing "Happy Birthday."  We have made that part of Christmas for our family as well.  So, Eric's mom made us a cake and I used this topper I bought five years ago. 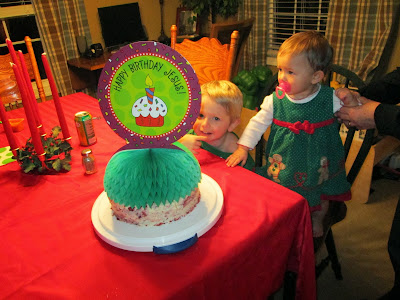 Eli loved it.  Ellie on the other hand was too tired to enjoy the moment.  She ended up falling asleep at 6:30 which under normal circumstances I would never have allowed.  Luckily she woke back up at 7:00.  I fed her and tried to keep her awake, but it wasn't working.  Finally at 7:30 I gave in an let her go to bed. 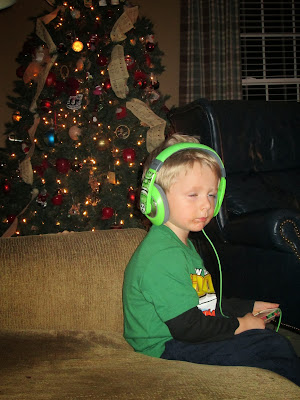 I actually decided to go to bed early too since my in-laws were staying the night and offered to sit up until Eli was ready to go down.  However, as I laid there listening to my boy laugh, I couldn't stand it.  I finally got back up and spent a few minutes playing with him. 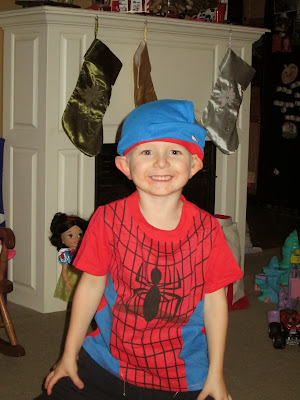 He listened to music with his new head phones and modeled his new shirt and underwear (on his head) before he finally announced that he too was ready for bed.  Exhausted myself, I kissed him goodnight and settled in for some much needed rest too.

It didn't come thanks to Ellie, but my heart was too full to be upset.  It was such an incredible blessing to celebrate the birth of our Savior as a family of four!