It has become a tradition for us to go to the Polar Express at the train depot every year with the Adkins family.  The kids get to board a real train, with a real conductor, and listen to a reading of The Polar Express.  Eli loves it.  He talks about it all year long, and he was so excited this year...until I picked him up from daycare.  He has a blister on his tongue, and just laid on the couch all afternoon.

We even contemplated not going at all since he was so puny.  However, tradition and a little begging won out, and we braved the cold temperatures to make it. 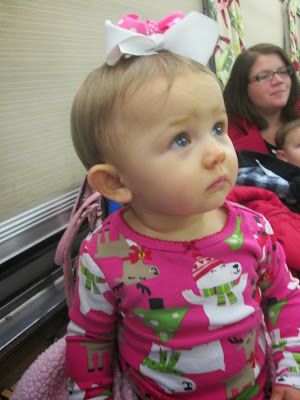 Our reading wasn't full this year which made it nice.  The kids were all pretty good, even sweet Ellie who tried her best to play close attention. It was her first year.  Yay!! 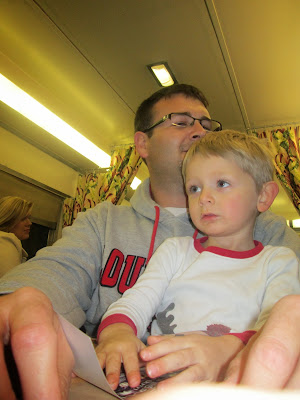 Poor Eli looks pitiful here, but I'm glad we got out of the house.  He enjoyed it so much and loved seeing Owen.  The first year we took him (2010) he was horrible. I get it.  He was 18 month old.  It's been fun to see him change over the years.  He was so attentive this time. 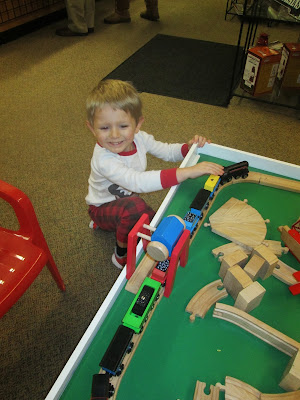 The train depot has a really neat gift shop with toy trains, so Eli was on cloud nine when we stopped to let him play for a few minutes. 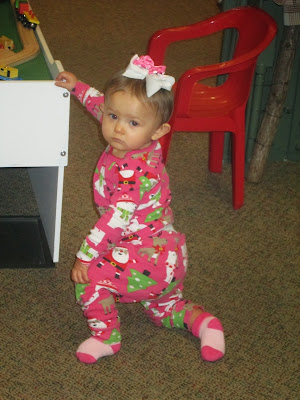 Ellie wanted in on the action too.  She loves cars, monster trucks and trains.  I think we may have a tomboy on our hands. Haha! 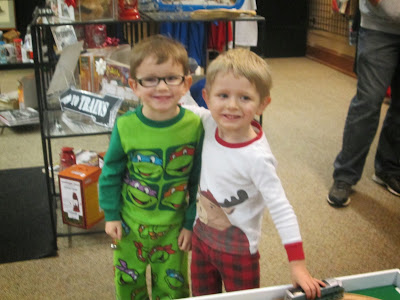 It's getting more and more difficult to get a good picture of these two. 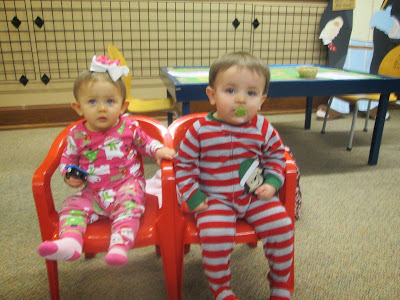 The babies, however, are still great sports about it. By the way, we have arranged for Ellie to marry Parker. 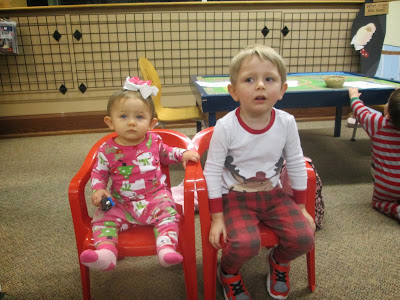 This was my sad attempt at a picture with both of my kids. They weren't having it.  Maybe next year we'll get that magic moment. 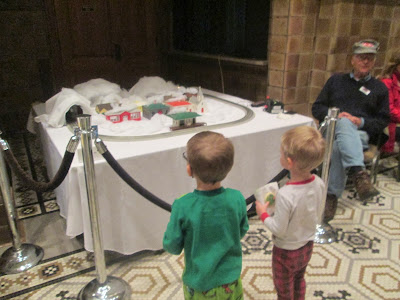 We had such a wonderful evening.  Sometimes (like tonight) when I'm tired from a long work week, and there are a million chores I could work on instead, and one kid is sick, and the other kid is crying, and life is just crazy, I'm tempted to think, "why bother."

However, I am always so glad I do.  I mean in the end, all of that stuff, all that chaos - it's all part of the memories we have come to cherish. 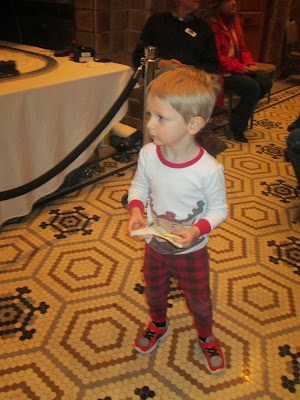